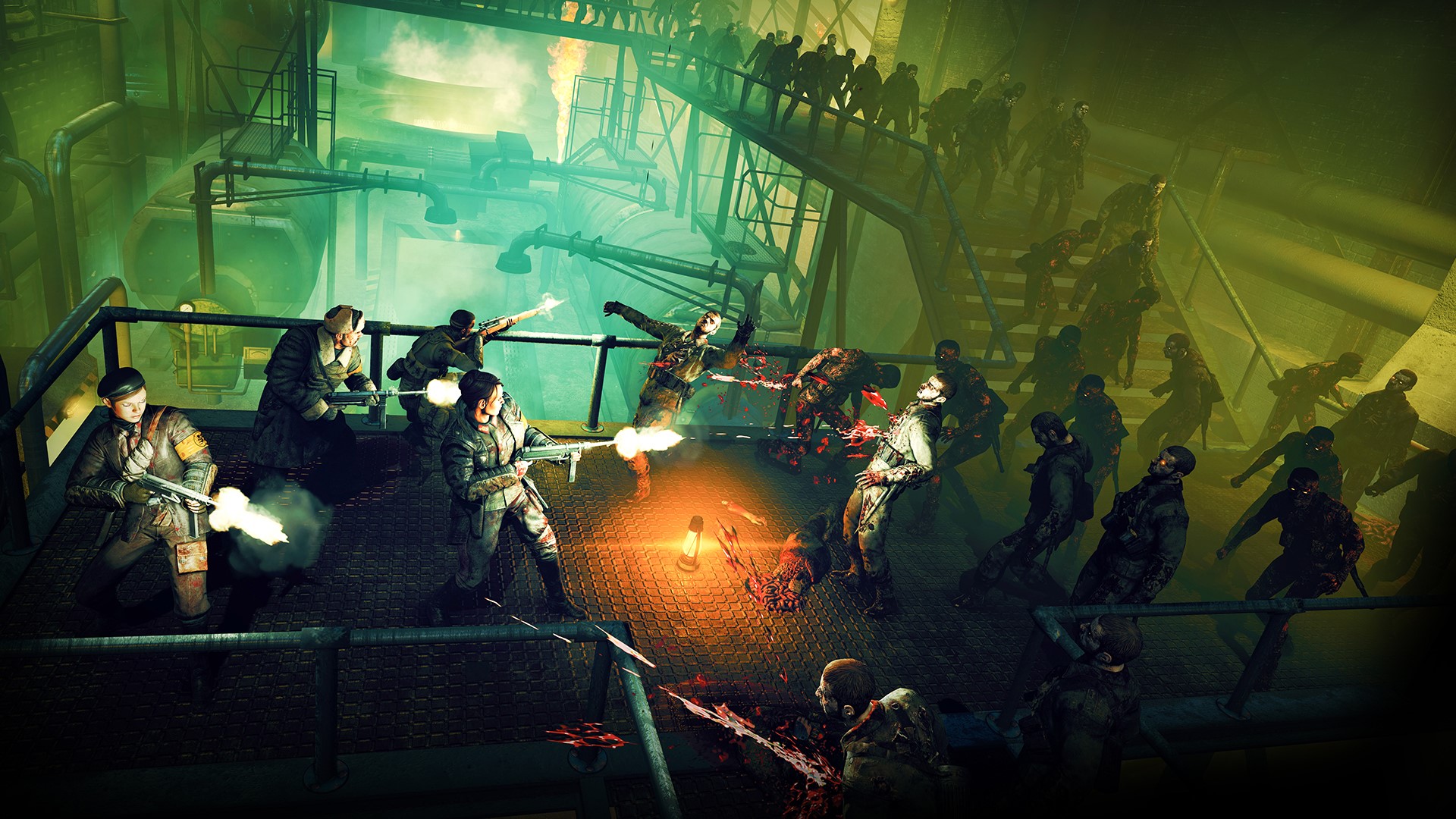 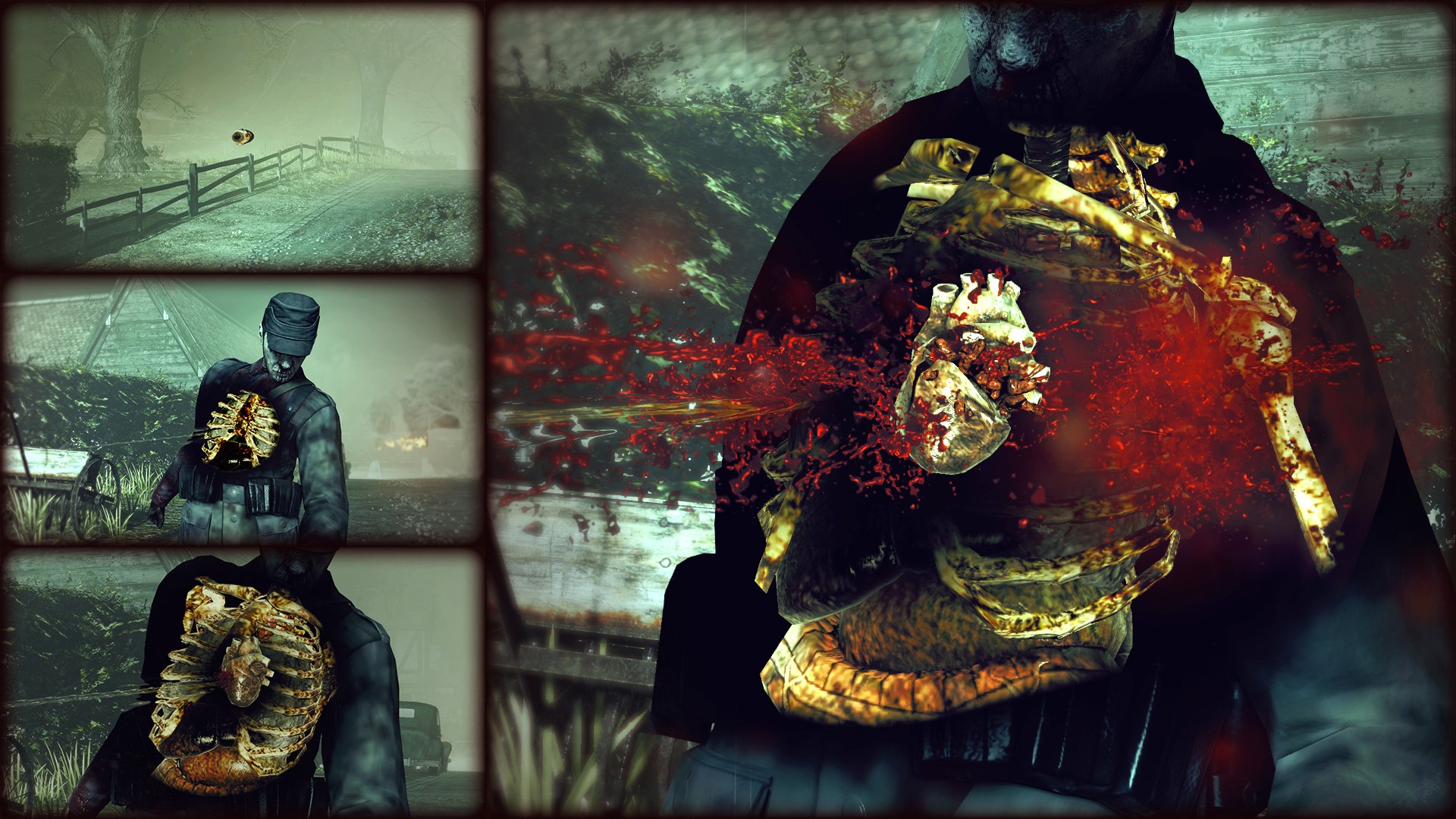 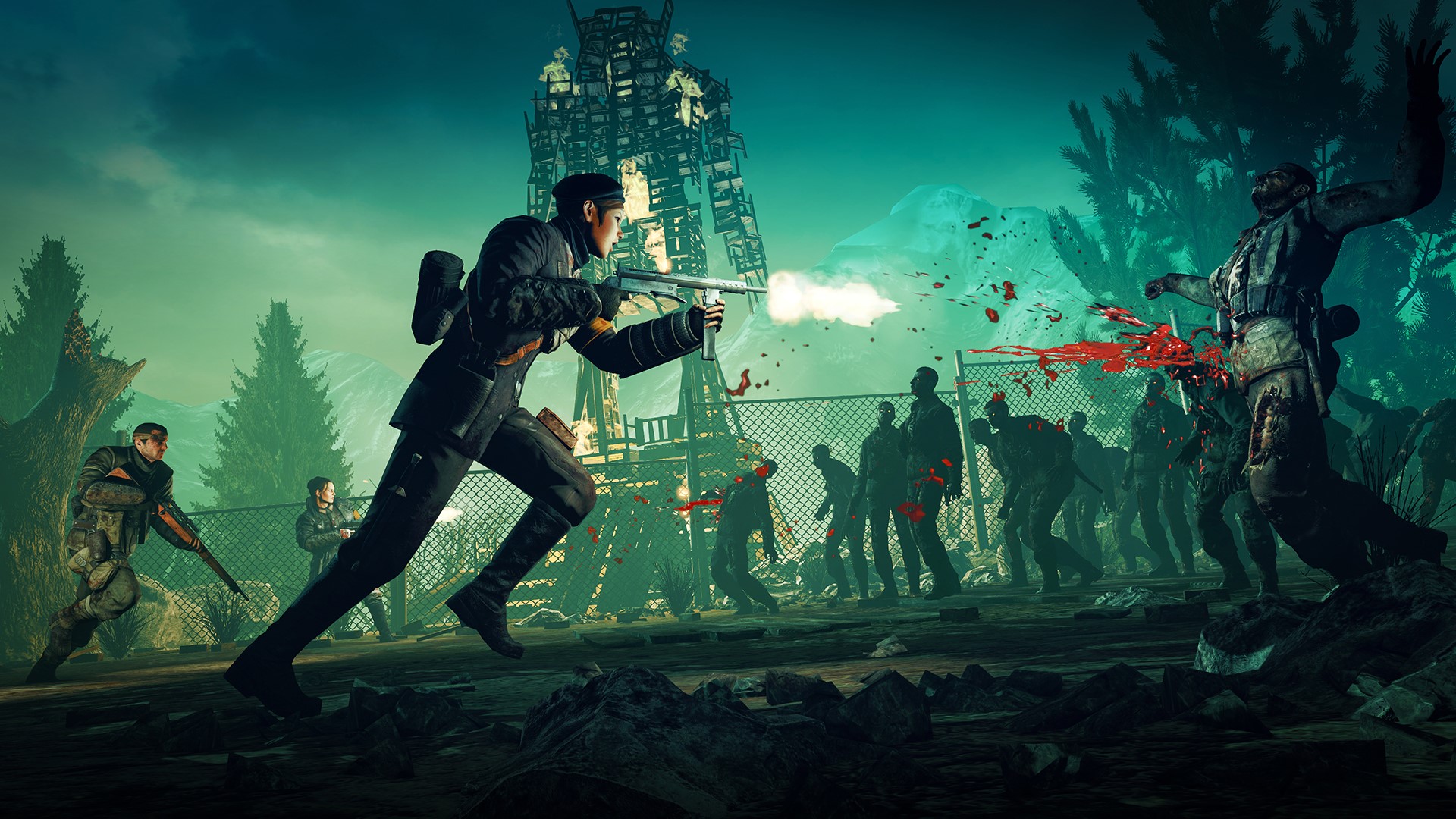 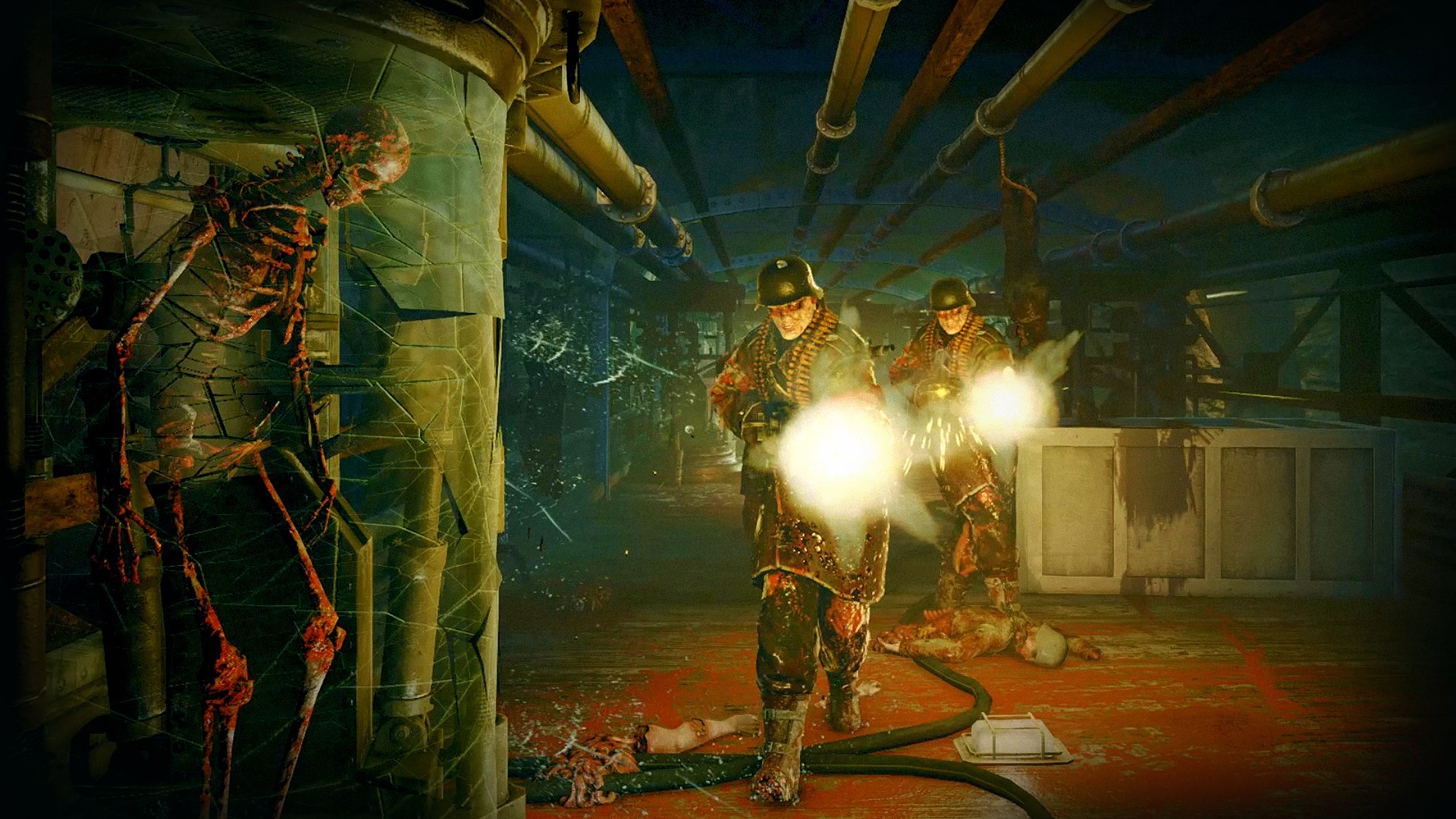 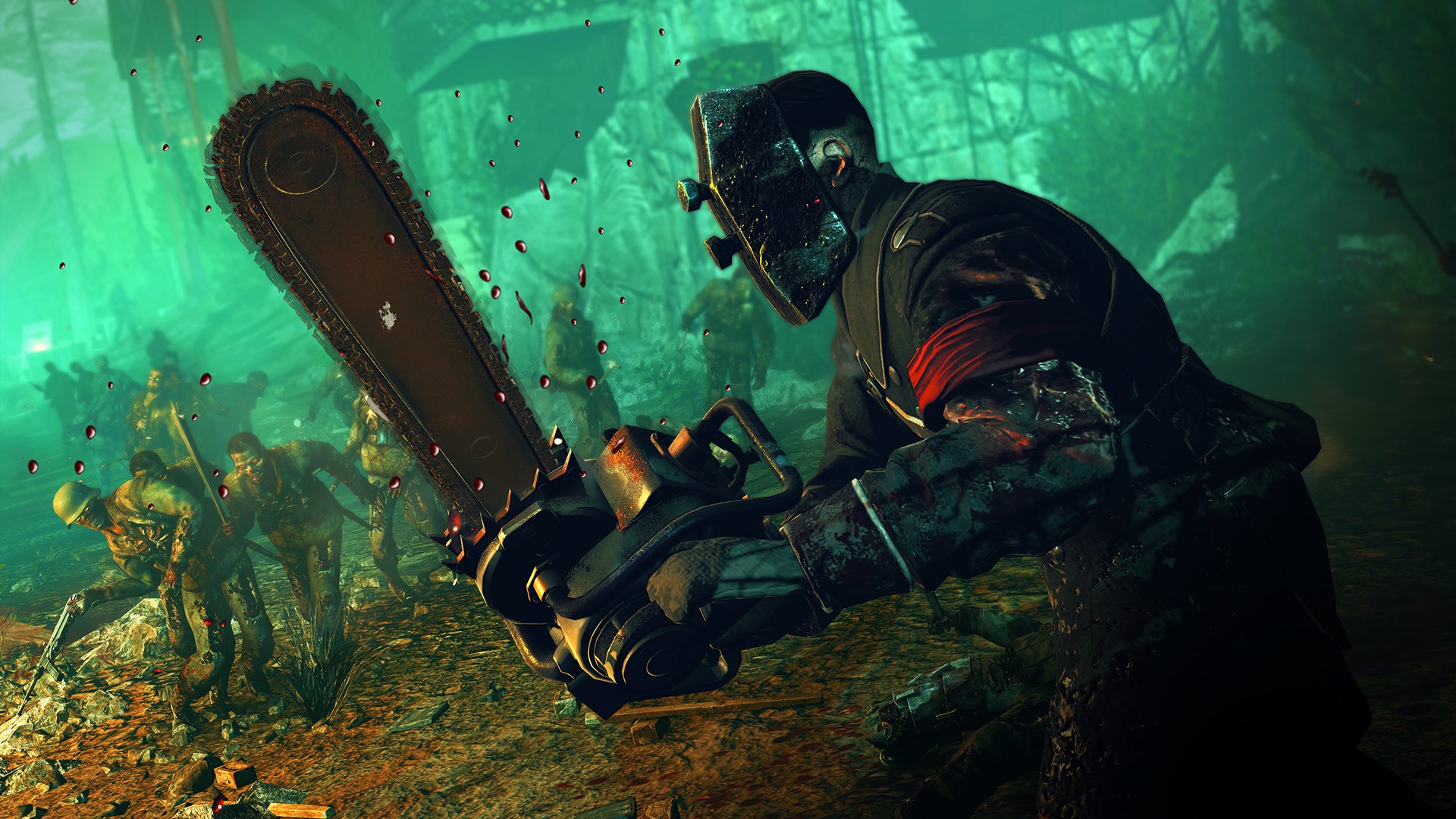 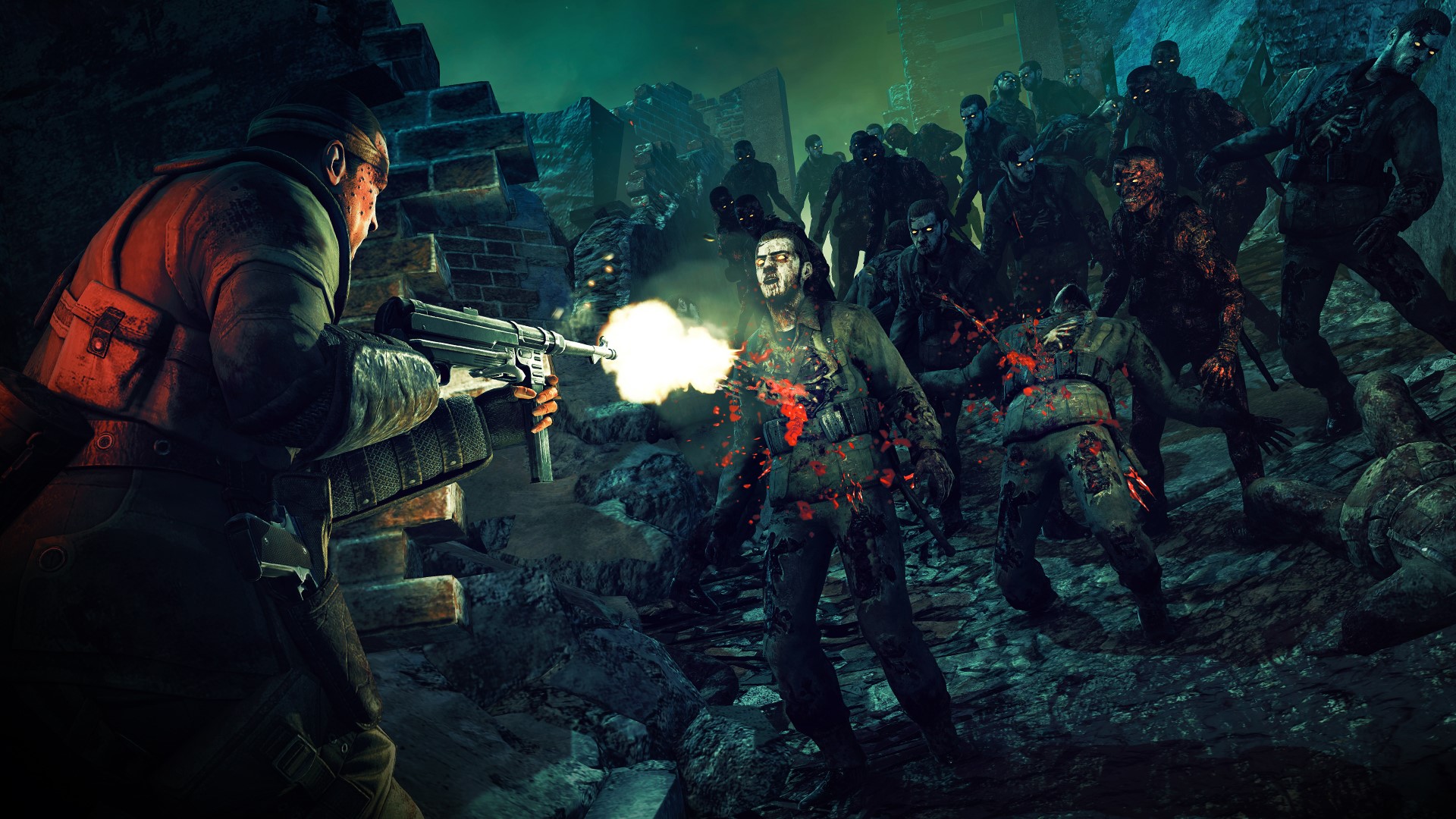 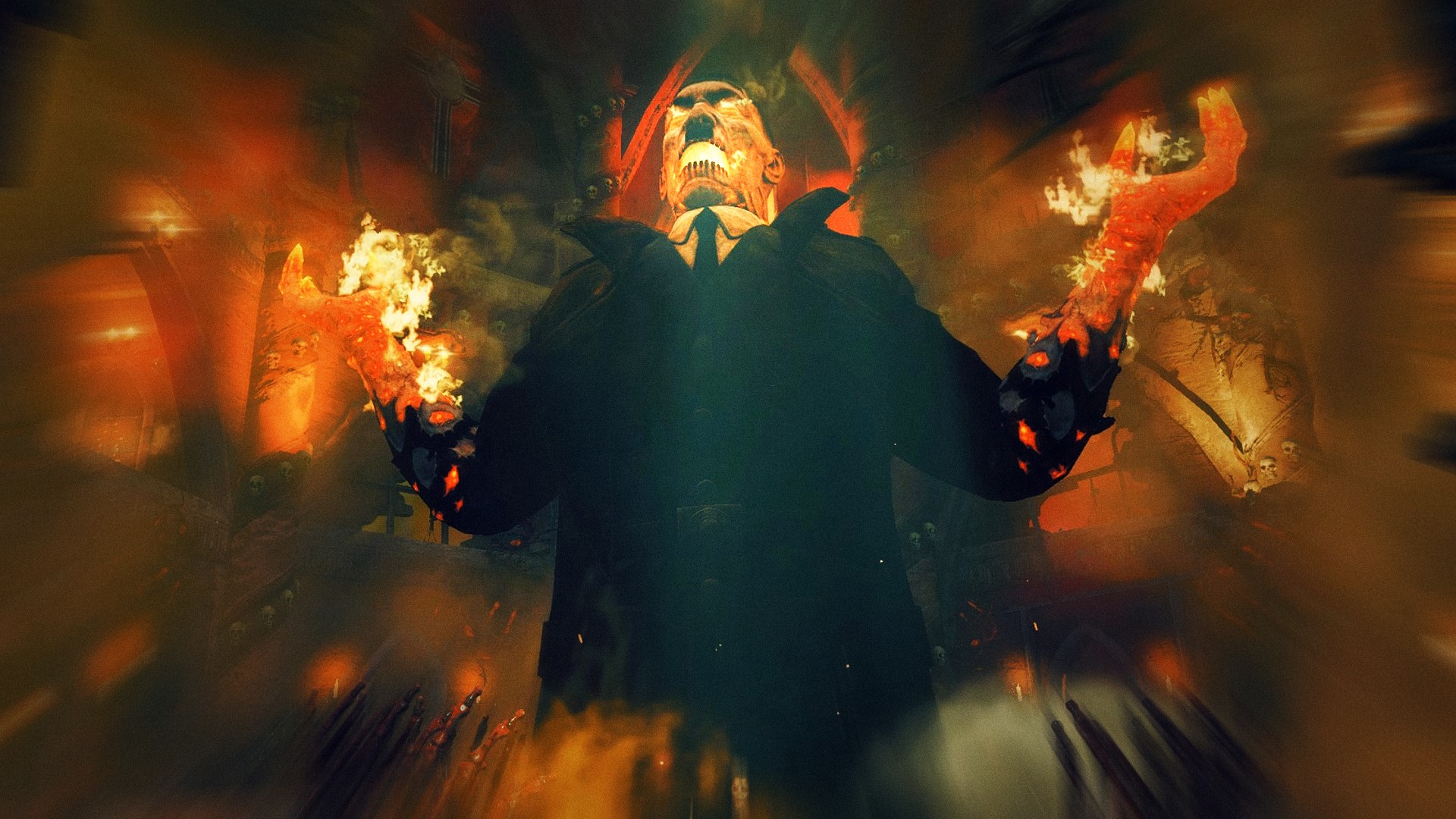 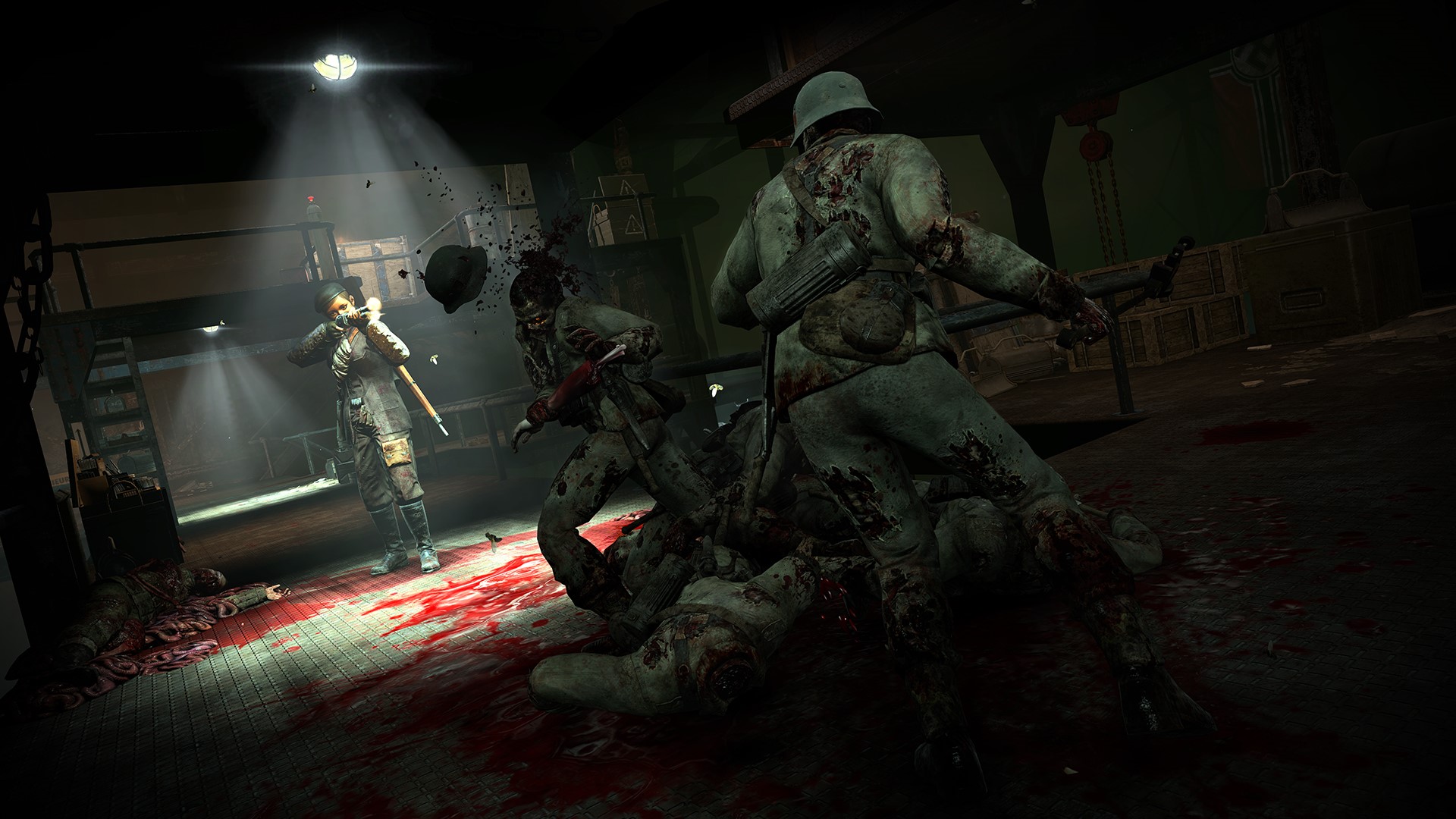 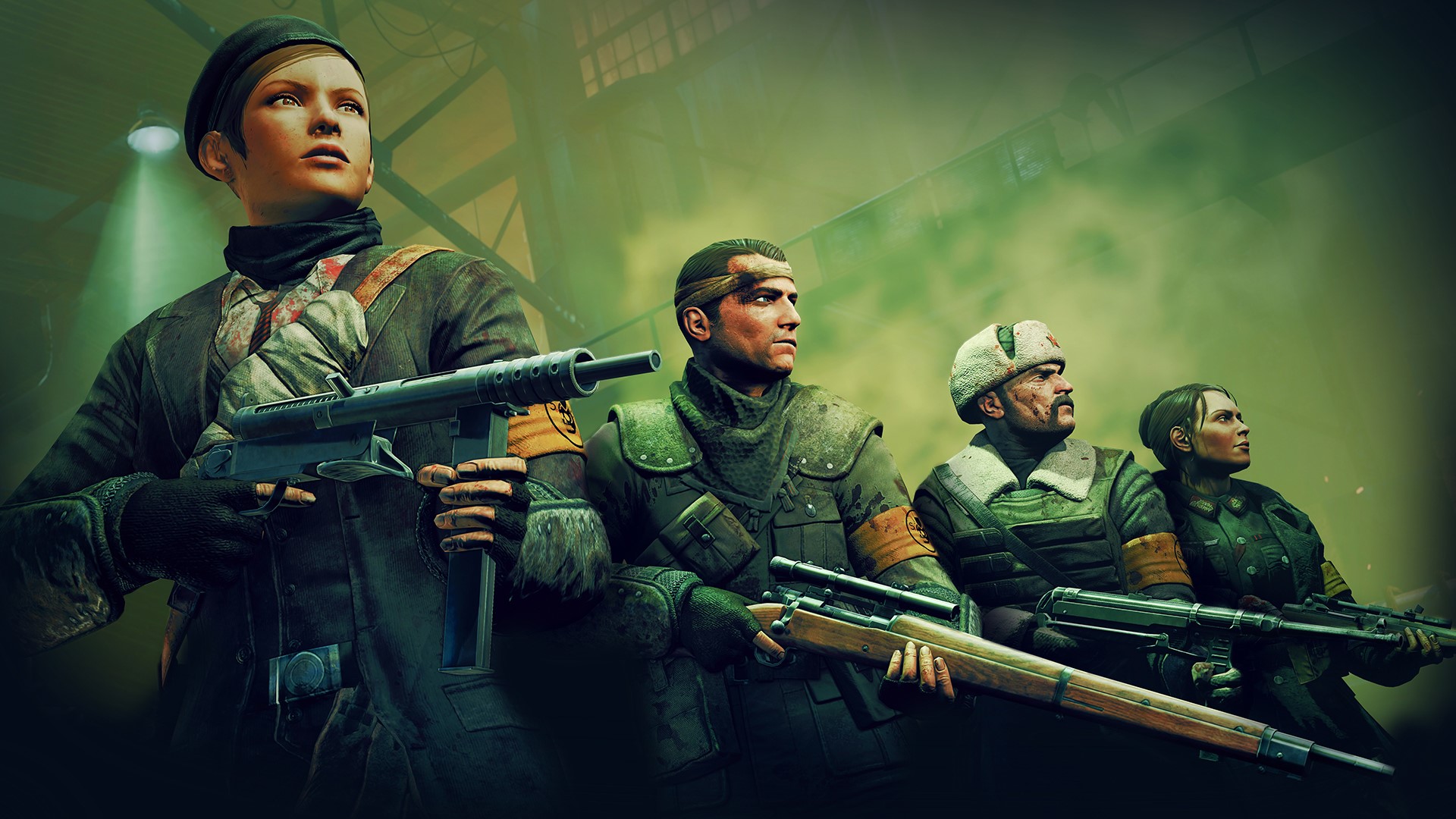 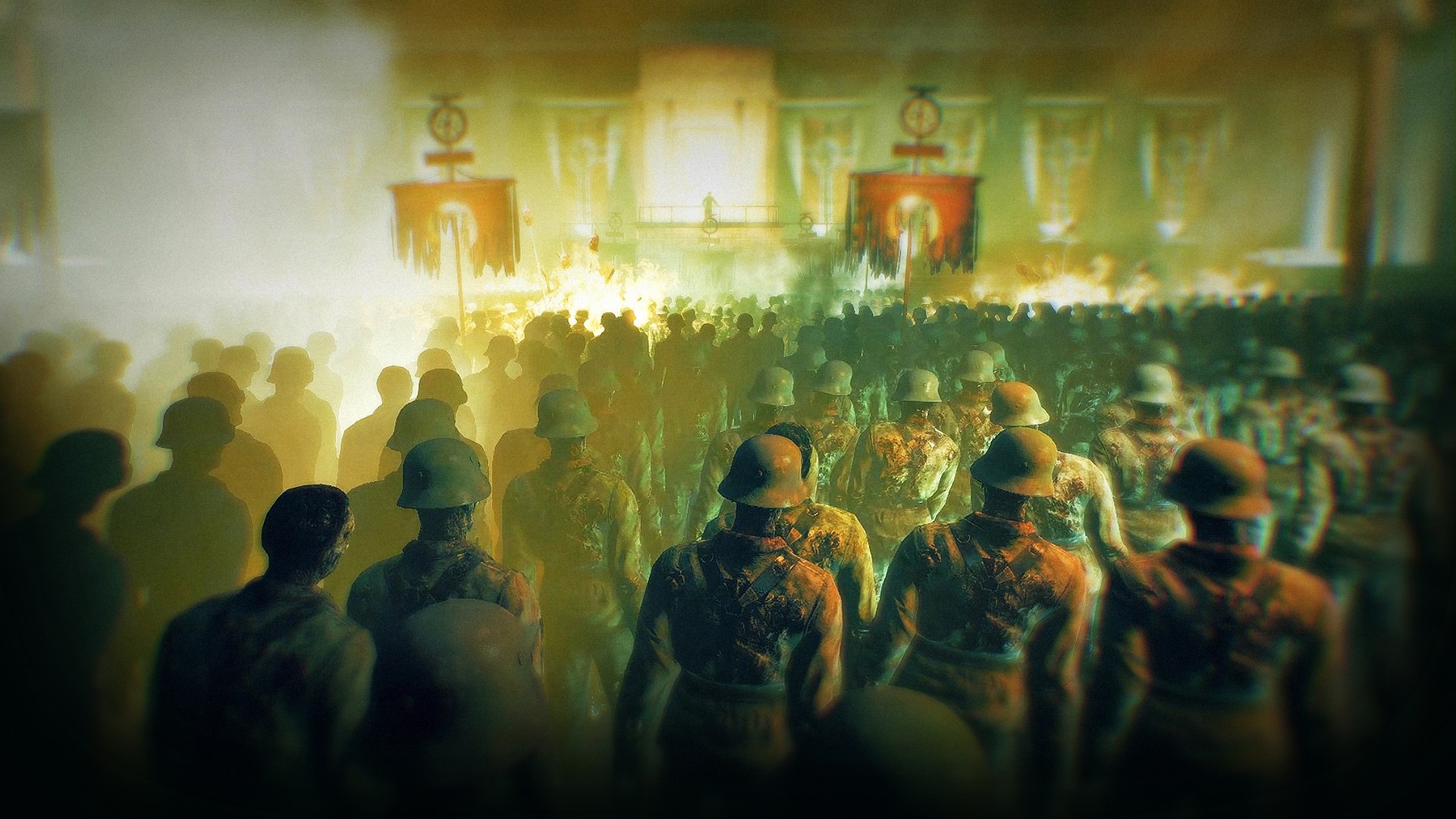 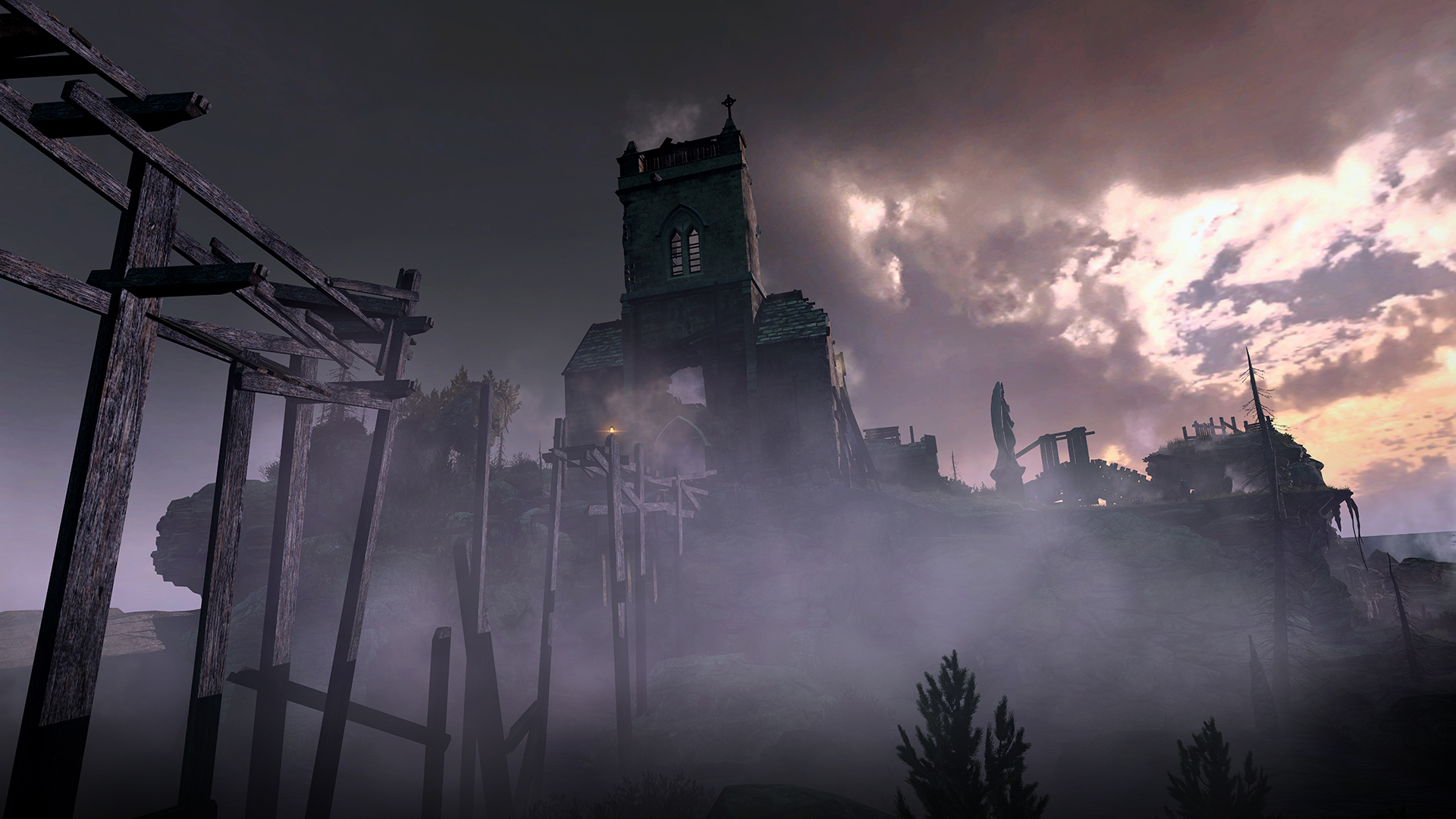 Visit the site of this game: http://www.zombiearmy.com/
View this game on Steam: http://store.steampowered.com/app/301640/


NOW INCLUDES ALL 8 CHARACTERS FROM THE LEFT 4 DEAD GAMES!
“Co-operative multiplayer done right.” - Eurogamer
“Proven shooter mechanics and a real sense of fun.” - Wired
"A generous wodge of the most enjoyable kind of schlock horror shooting on PC." - PC Games N
The cult horror shooter series comes to an apocalyptic conclusion with an epic new third chapter, a heart-pumping new horde mode, and remastered editions of the best-selling Nazi Zombie Army 1 & 2.
In the dying flames of World War II, Hitler has unleashed one final, unholy gamble – a legion of undead super soldiers that threatens to overwhelm the whole of Europe. Fight alone or team up to save humanity from the zombie menace in this apocalyptic third-person shooter!
Battle through THREE epic campaigns across 15 demon-infested missions. Play solo or fight back to back in online co-op for 2-4 players. Dare you take on one of the most intense and challenging third-person shooters in gaming?
Face gruesome enemies with iconic weaponry and powerful explosives. Dismember the undead to give yourself a fighting chance, and experience every putrid lung burst, every rotten bone shatter with the infamous X-ray Kill Camera.

The ultimate horror package – alone or with teammates
• Experience THREE nerve-shredding campaigns across FIFTEEN missions of intense third-person action.
• Take the fight to the undead alone, or team up in 2-4 player online co-op.
• Face your fears in the brutal new Horde Mode for 1-4 players, across 5 blood-curdling maps.

Gut-wrenching gunplay
• Defeat harrowing legions of zombies, armoured skeletons, fire demons, chainsaw-wielding elites - and worse - before facing the demonic Führer himself!
• Shred the undead with genre-best rifle ballistics, powerful firearms and deadly explosive traps.
• Wince as your bullets shred the insides of the undead in gruesome detail with the return of the series’ acclaimed X-ray Kill Camera.

Customise your carnage
• Choose from 16 playable characters, including all 8 survivors from Left 4 Dead 1 & 2!
• Perfect your play style with CUSTOMISABLE loadouts - pick your favourite weapons and explosives.
• Customise your DIFFICULTY and add enemy multipliers. Surely you would never brave “X4” on Sniper Elite difficulty ... or would you?

Recut. Remastered. Unleashed.
• Includes the first two Nazi Zombie Army games like you’ve never seen them before.
• Pick apart zombies with the new DISMEMBERMENT mechanic and bathe in a bloody glow of NEW graphical effects, NEW audio, NEW enemy animations ... and more.
• Play your favourite missions from ANY campaign in ANY order in ONE unified online community.