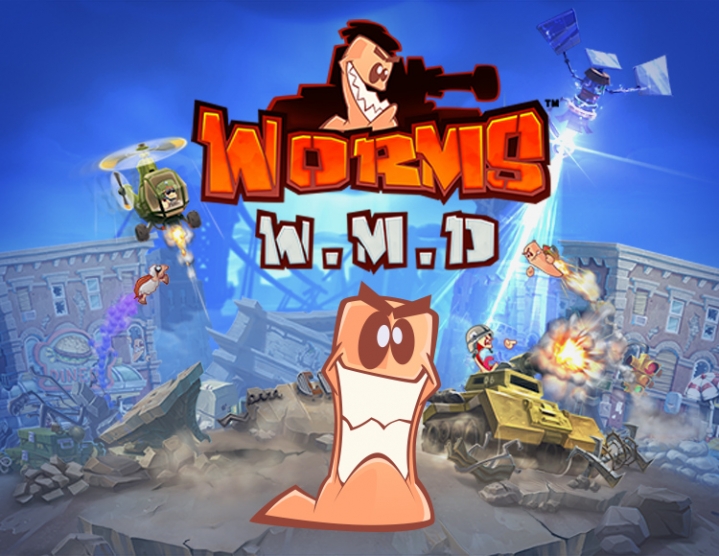 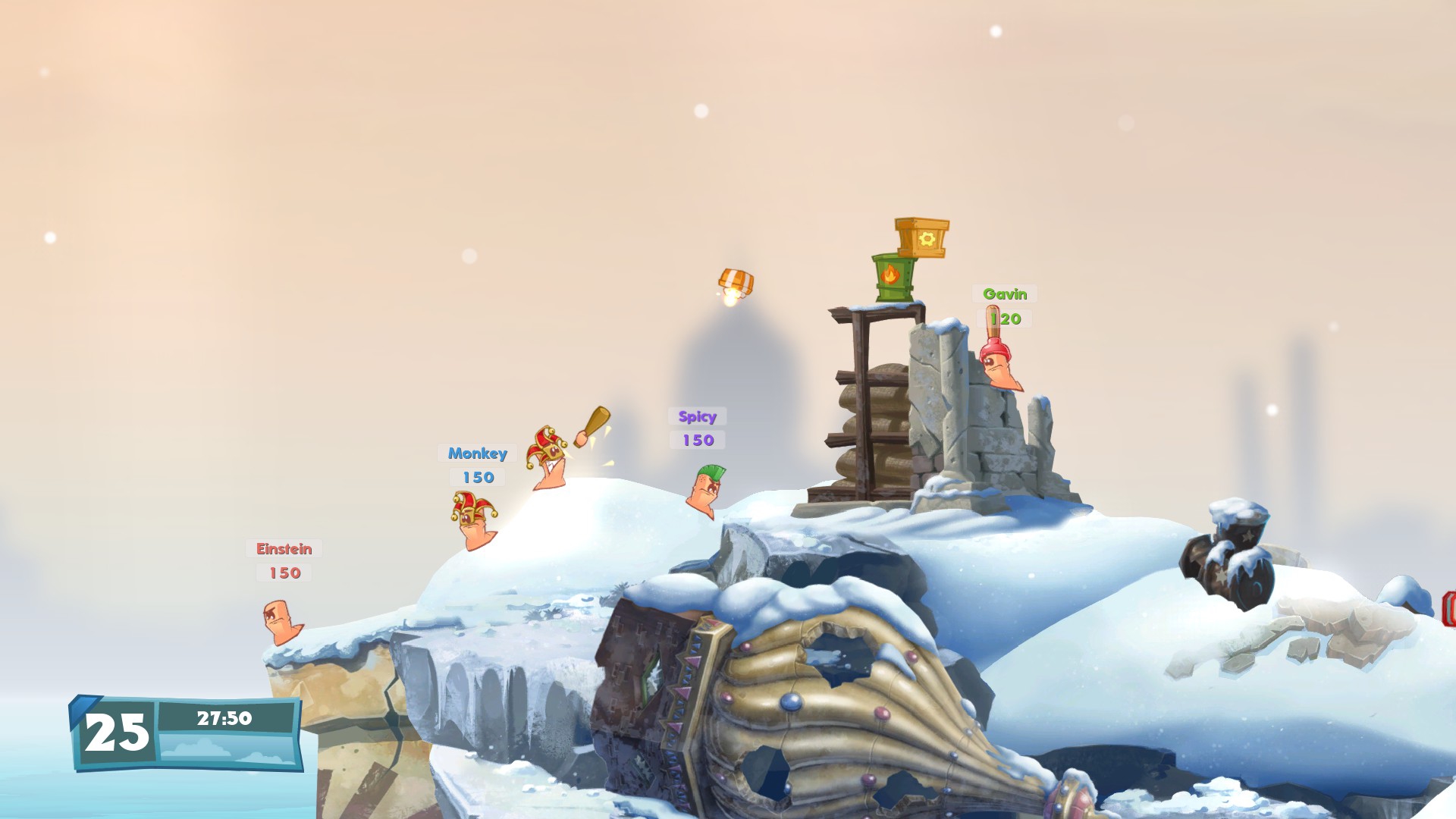 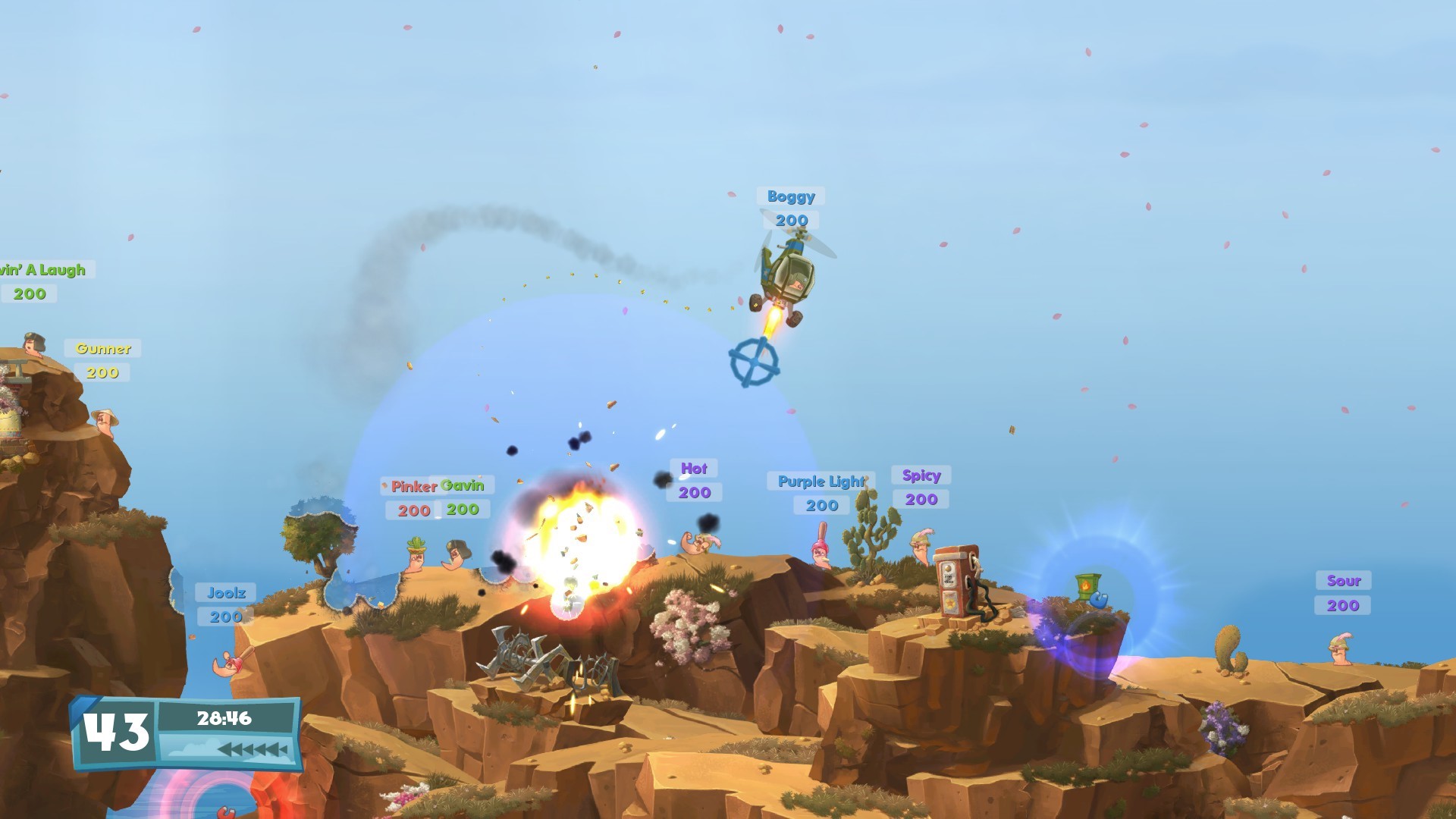 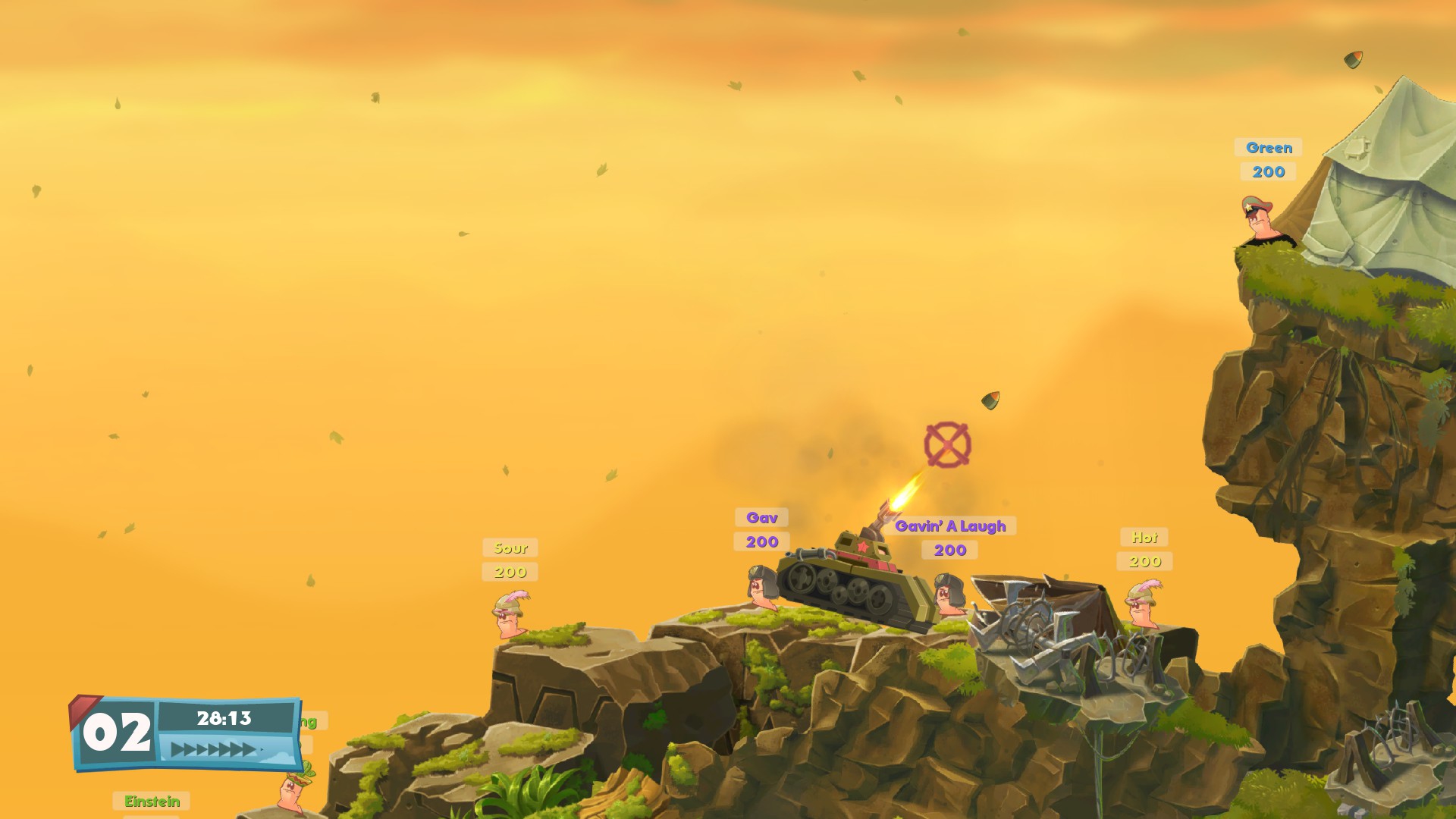 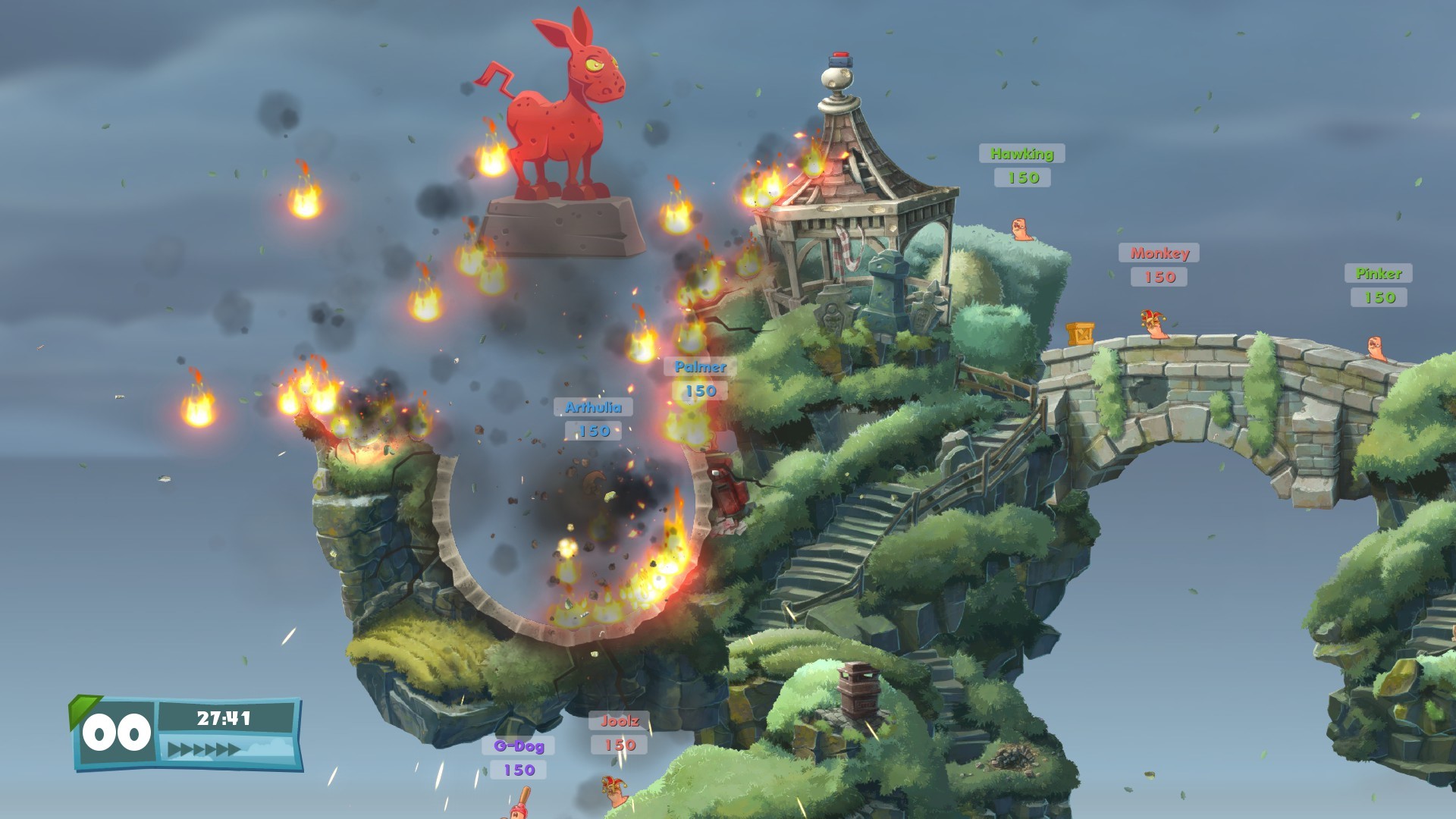 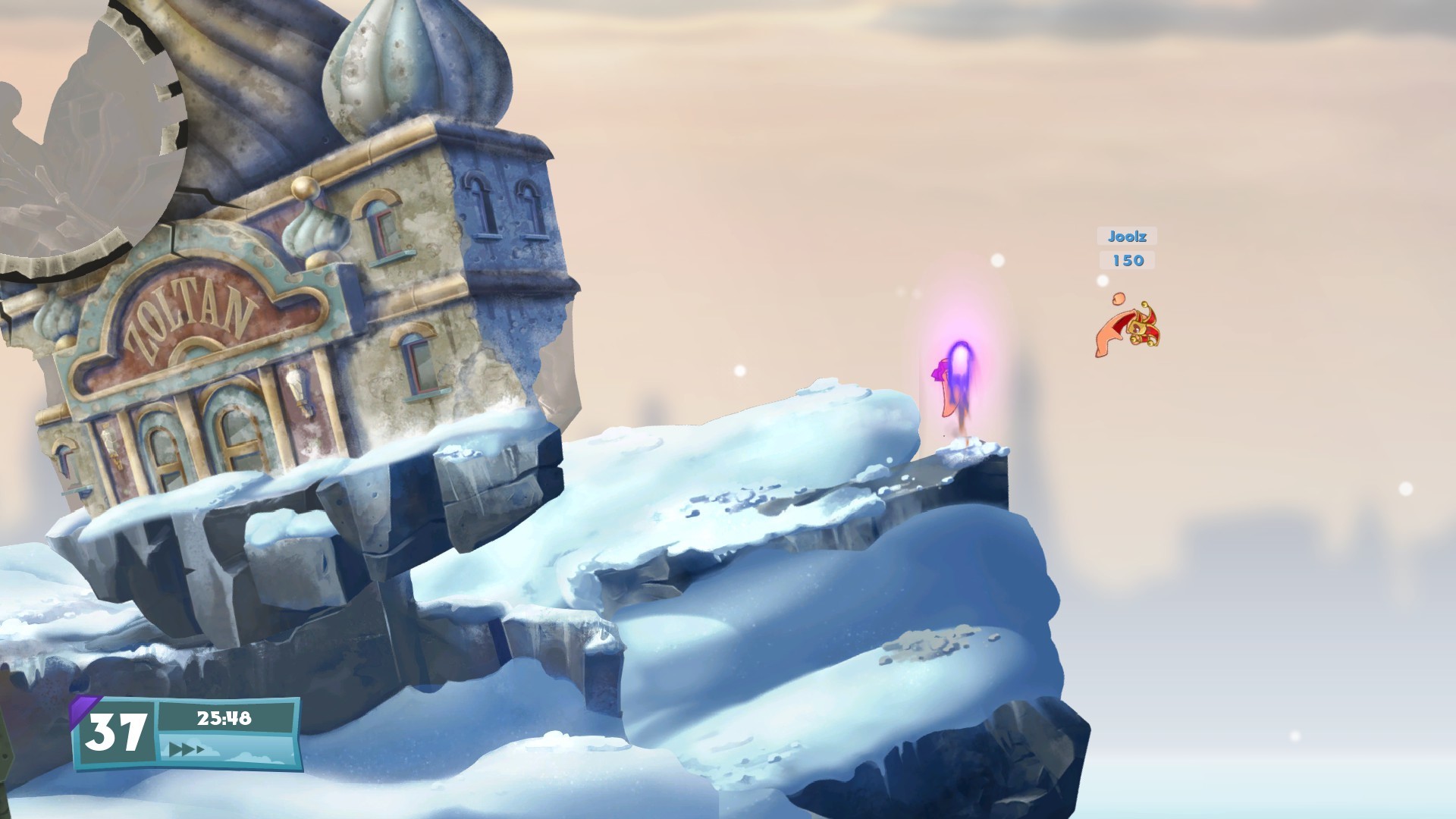 Description:
Worms are back! Beautiful 2D graphics, new weapons, creation functions, classic gaming functions - Worms W.M.D will make you happy. Come up 30 levels of the campaign with a new and classic weapons. New machines and buildings will help you capture the battlefield! A cheerful worm war with a maximum of 5 opponents with a maximum of 8 worms both locally and over the network. A concrete donkey will wipe out the enemies. Holy hand grenade eliminates them. Attack with a helicopter or a tank. 80 kinds of weapons and means! Immerse yourself in the chaos of Worms! Features: Beautiful 2D graphics. The best embodiment of the Worms formula is now with a fully updated worm and a magnificent artwork executed in digital 2D graphics.
Transport. For the first time in Worms games, worms will receive reinforcements in the form of transport. Conquer any terrain in battle-hardened tanks, sweep at the enemy a fiery rain, flying high into the sky by helicopter, and much more!
Building. Get a tactical advantage, hide your worms in the building and protect them from direct attacks!
Creature. No longer need to wait for the opponent´s move! Grab the creature boxes falling from the sky during the game, and create monstrously improved versions of items such as an electric sheep, a pie from a bazooka and a holy hand grenade to smash your enemies!
Classic physical and game principles Worms. Our fully updated engine recreates the most popular characters of the series and again offers all the beloved classic rope of the ninja.
New and classic weapons. At your disposal are more than 80 types of weapons and tools and a bunch of new products, such as a tricky phone battery, an unwanted gift and an OMG blow.
Gunsmiths: Who said that 80 weapons and means are enough? The terrain is filled with all kinds of weapons, so that your warlike worms can inflict MORE destruction!
It offers an exciting single-user mode, as well as local and network multiplayer battles. Worms W.M.D has an incredible array of training missions, combat missions and challenges for fans to play alone. Train, and then open opponents on the spot in online battles, including in the rating battles, because the map has enough room for a maximum of 6 players with 8 worms!