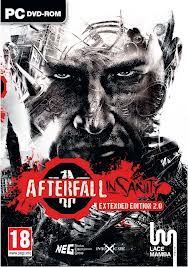 Maximumgame information about the seller and his items
offlineAsk a question

After the order, the system automatically (without us) instantly send you
mail a link to download a license key activation AFTERFALL INSANITY STEAM KEY (REGION FREE)
(Key in text format)

Afterfall: Insanity - horror third-person shooter, which takes place after the events of a fictional Cold War between Nazi Germany, the United States and the Soviet Union. But their truce was short-lived, and in 2012 the world is going through a terrible nuclear war. To survive after the disaster, mankind moved from contaminated surfaces in bunkers, mines and huge cities underground. You play the role of a psychologist named Albert, which is part of a team of medical scientists in charge of the control of people's psychological stability.

!!! Thank you for your purchase! We will be glad if you become our regular customer

Left you a comment about the purchase of goods is very important for us !!!

We would like to see again in our store

Your Feedback so importnant for us