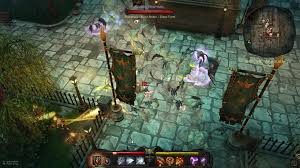 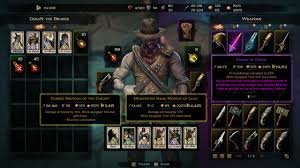 This key is not available in the following countries: KR, KP, JP.

Victor Vran - is an isometric role-playing action with a huge selection of weapons, items, armor, demonic abilities and destiny cards. Take a dip in the whirlpool of intense battles with dozens of dangerous enemies, using powerful talents and skills!

In Victor Vran you´ll be able to choose their own style of play. You have to forge their own version of Victor, thanks to a vast arsenal of deadly weapons, strong armor, incredible demonic powers and destiny cards. Use the special action, combine skills and weapons to destroy hordes of horrible monsters and bosses with a high level of intelligence.

You do not have to kill demons alone: ​​to assemble a team of friends online and explore the dark world together in the full cooperative mode.
dynamic action scenes: the breaking of the enemies, dodge their attacks and try to stand against the whole hordes of monsters,

• invite your friends to beat especially insidious monster, fight side by side with players from all over the world and read the tombstone inscriptions of the fallen hunters (not yet available)

• randomly generated objects in addition to objects created by hand,

• a huge variety in the behavior of monsters,

• Change the difficulty of the game by using the cursed items,