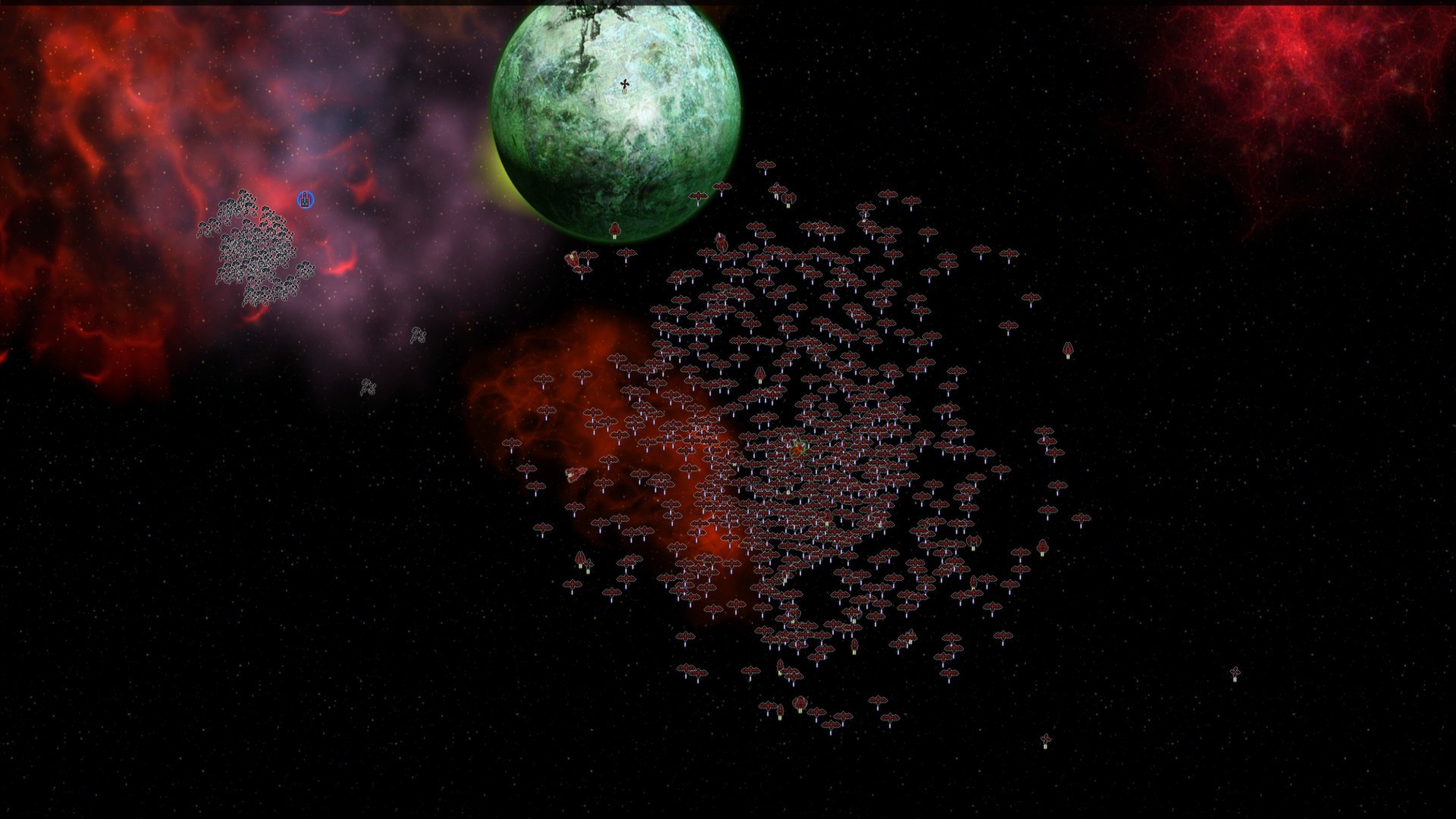 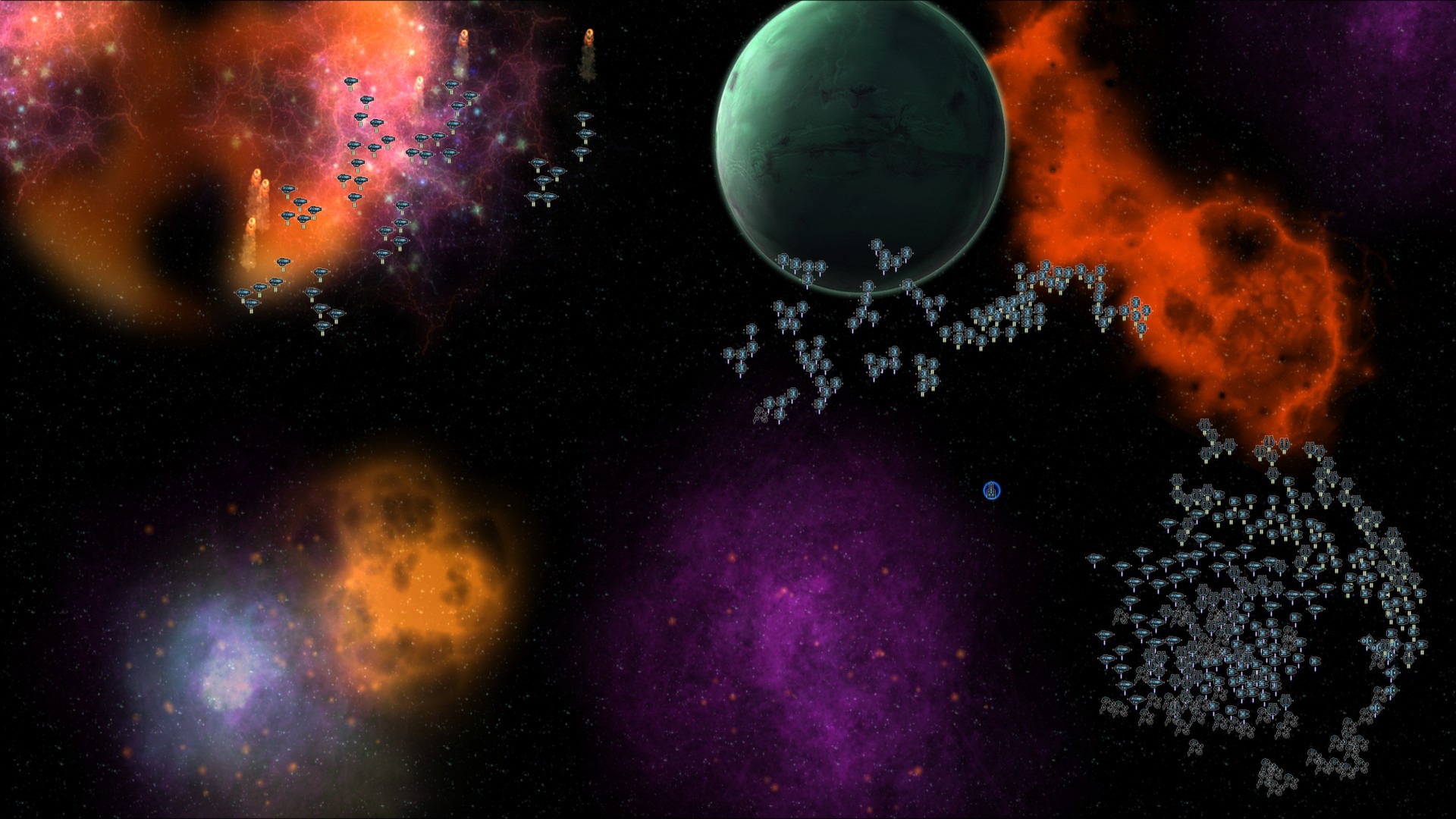 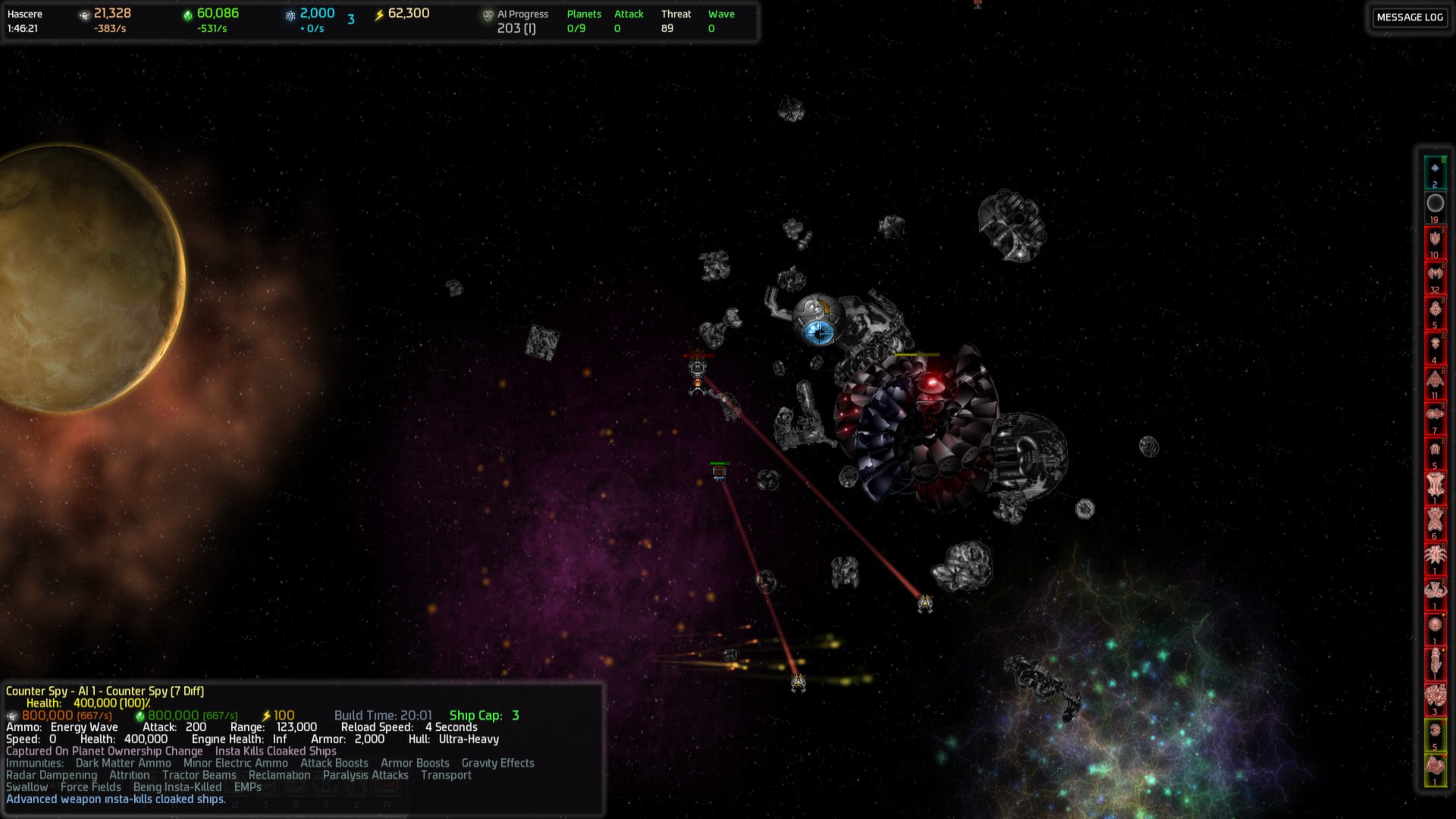 “You are inferior in the number of weapons. You are much inferior in numbers. You must win. ” Here is your order.

Mankind has fought against the machines. And lost. Artificial intelligence squadrons are watching every planet and every spatial tunnel, few remnants of human colonies are captured in orbital bubbles, and AI forces have directed their attention beyond this galaxy to a possible threat from outside.

This abstraction is our only possibility: a small rebel detachment remains, too insignificant for the central AI command. This squad you have to command. The commanders of the AI ​​units will fight with you when they see - but your chance is that you can quietly capture these commanders without raising the alarm at the central command.

There are several circumstances that play into your hands. Your ships are much faster. You have a safe program with artificial intelligence to automate the defense and the construction of defense positions. You have equipment that can shoot down fully equipped unmanned fighter jets in seconds. And let the number of your several thousand ships not compare with their tens of thousands, but thanks to a careful strategy you have to reach and destroy reliably protected Artificial Intelligence cores by any means.

Traveling through the galaxy, stealing AI technology, freeing the siege of the planet - all this is necessary in order to achieve their goals and preserve what is left of humanity. But if you pay too much attention to yourself, then all the power of AI will fall on you.

Orcs Must Die 2 - Are We There Yeti? Region Free/ Steam