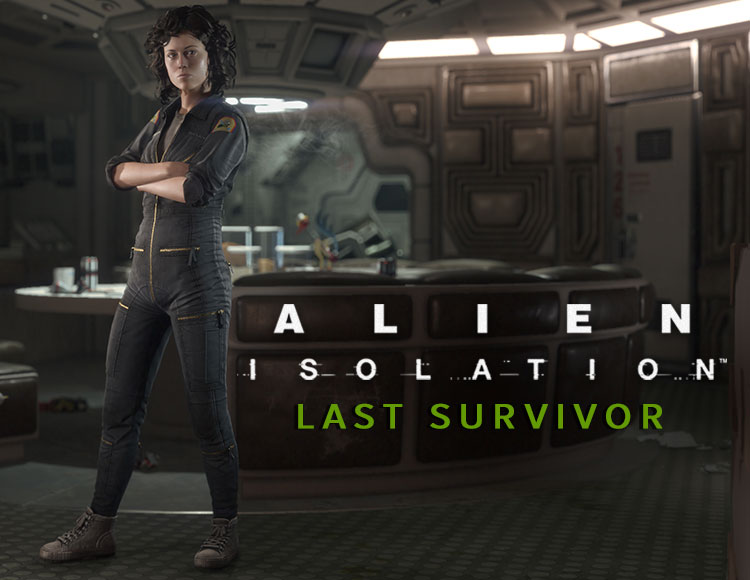 Sold: 0
Uploaded: 19.11.2019
Content: text 769 symbols
Loyalty discount! If the total amount of your purchases from the seller webcelt more than:
If you want to know your discount rate, please provide your email:

webcelt information about the seller and his items
onlineAsk a question

Attention! To activate the key, you must have the original version of Alien: Isolation
Sales Channel: ESD Operating Systems: Windows
Delivery time: 3-5 minutes Developer: The Creative Assembly
Publisher: Sega Age restriction: 18
Product release date: 2014, 10/07/2014 Regions: Russia
Localization: English version Genre: Action
In the role of Ellen Ripley, you have a dangerous journey through the Nostromo, which has turned into a death trap, to start the process of the ship’s self-destruction and escape from the trap on the rescue shuttle “Narcissus.” Alien: Isolation is a first-person thriller that recreates the atmosphere of the original Ridley Scott film, released in 1979. Every second will have to be afraid of life - An alien is unpredictable and deadly, he can appear before you from darkness at any moment. Not possessing outstanding strength and not having special training, you have to look for useful objects, show resourcefulness and use your own mind, not only to succeed in the mission, but just to stay alive.

How to activate the key and start playing:

If you do not have the Steam client installed, download and install it .
Sign in to your Steam account or register a new one if you don´t already have one.
To activate the key, select " Activate via Steam..."under" Games " or "Add game" in the lower left corner of the app and select there " Activate via Steam...".
Enter the activation key.
After that, the game will appear in the "Library" section, and you can download it.