Anarchy and Order (the collection) 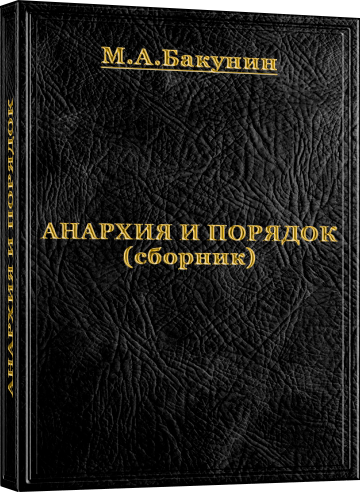 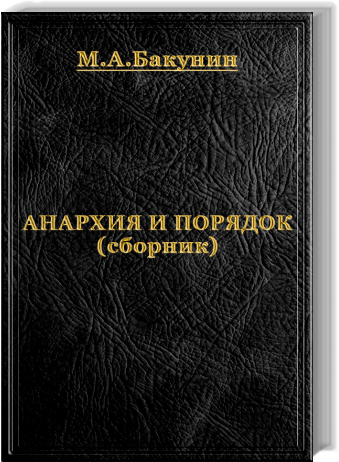 Sold: 0
Uploaded: 07.09.2016
Content: text 43 symbols
Loyalty discount! If the total amount of your purchases from the seller Мастер Yoda more than:
If you want to know your discount rate, please provide your email:

This book includes the main works of Mikhail Bakunin (1814-1876), the great philosopher and rebel, the chief ideologist of Russian anarchism. Many of these works are unknown to the Russian reader.

Nowhere so much discord is not constituting the essential character of our contemporary literature, as in the question of philosophy: some argue that philosophy is valid, the highest science, pours light on all branches of knowledge, and requires positive study; Others, however, say that it is nothing more than a rabble of fantasy, imagination, blank game that prevents the development of other positive sciences. Some say that a person engaged in it - dead man, because it separates it from all reality, kills it every belief, to dwell therein doubt and of healthy, good, for himself and for the efficiency of human society transforms it into a painful, fantastic and strongly useless creature; Others, however, argue that philosophy is the only means for the destruction of doubt, all spiritual disease, the only means to human reconciliation, has fallen again malign influence of skepticism, with reality, with the sky and the earth.

Where does this conflict and whether there is an opportunity to resolve it? Resolution as it should be interested in any right-thinking person, any other education, because the benefits promised by the one hand, and the damage present with the other, so strong and sharp that can not fail to draw attention to themselves. This issue - one of the most important issues of our time, and therefore everyone who participates in our native, Russian education, should their power be contributing to its resolution.
One of the main reasons for the misunderstandings have mostly uncertainty concepts and expressions, and therefore we will first define what is philosophy, in order to then, based on a certain concept of it, to be able to resolve the two other issues: whether philosophy is useful and whether it is possible she is?

Biography
Mikhail Bakunin was born 18 (30) May 1814, p. Pryamuhino Novotorzhsky uezdaTverskoy lips. - 9 June (July 1) 1876, Bern, Switzerland], a Russian revolutionary, publicist, one of the founders of anarchism, the ideology of populism.
Life and struggle
He was born in an old noble family. From 1829 he studied at the St. Petersburg Artillery School, but in 1834 was expelled for daring chief school. Then he served in the artillery units. In 1835 voluntarily left the service, almost been arrested for desertion. From 1835 he became a member of NV Stankevich circle, met with VG Belinsky and AI Herzen. Influenced Stankevich interested in Kant and Fichte, and Hegel´s philosophy. In 1840 he went to Germany, attended the lectures of Schelling in the University of Berlin. Here he met with the Young Hegelians left (A. Ruge, etc..). In 1842 in the journal A. Ruge "German Yearbook of Science and Art" published an article "The reaction in Germany", which recognized the need for "a complete destruction of the existing political and social order" and asserted that "the passion for destruction is at the same time creative passion. " In Zurich, he met with the utopian socialist W. Weitling and his theory of egalitarian communism. In February 1844 the Russian government demanded that Bakunin returned to Russia. Because of the failure to comply with this requirement, he was stripped of his nobility, all the rights of the state and sentenced in absentia to exile in Siberia. While living in Paris, Bakunin became close to P. Proudhon, became acquainted with K. Marx and F. Engels, translated into Russian "Communist Manifesto." Since the mid-1840s. Bakunin advocated a federation of Slavic peoples, participated in the liberation of the Slavic organizations. In 1848 he wrote a manifesto "Russian patriot appeal to the Slavic peoples", in which he called for the overthrow of the Habsburg Empire and the creation in Central Europe a loose federation of Slavic peoples. In 1848-49 was one of the leaders of the uprising in Prague and Dresden. After the defeat of the Dresden uprising (1849) was arrested as one of the rebel leaders sentenced Saxon court to death, commuted to life imprisonment. In 1850 he transferred to the Austrian authorities, imprisoned in the fortress. In 1851 issued by the tsarist government and was taken to St. Petersburg, where he was imprisoned in the Peter and Paul Fortress. At the request of Nicholas I, Bakunin wrote "Confessions" (opubl.1921). In shape it was in the nature of repentance, however, according to Chairman of the State Board of AI Chernyshev, had "no shadow of a serious return to the principles of loyal". Bakunin spent six years in Schlisselburg fortress. By order of Emperor Alexander II was exiled to Eastern Siberia, he lived in Tomsk and Irkutsk. In 1861 he received permission to ride down the Amur. When they reached the sea coast, Bakunin moved to the American ship bound for Japan, then across the US arrived in England. In London, he worked in the "Bell" Herzen, with which soon dispersed (Herzen denounced political adventurism Bakunin). He participated in the Polish uprising (in early 1863). In 1864 he settled in Italy, where he founded the first anarchist organization "international fraternity". In subsequent years, Bakunin tirelessly to create a network of secret revolutionary societies in Europe, participated in the Lyons uprising (1870), led (1874) speech anarchists in Bologna, etc. In 1869 friends with SG Nechayev he took part in his conspiratorial activities, published together with him "People´s massacre" magazine.
However, after the exposure of GA Lopatin Nechayev broke with the latter. Despite his illness, and the difficult financial situation, Bakunin to the very end of his life he maintained a resistance of revolutionary convictions, wrote appeals and proclamations, planned revolutionary new shares.

Related to item "Anarchy and Order (the collection)":