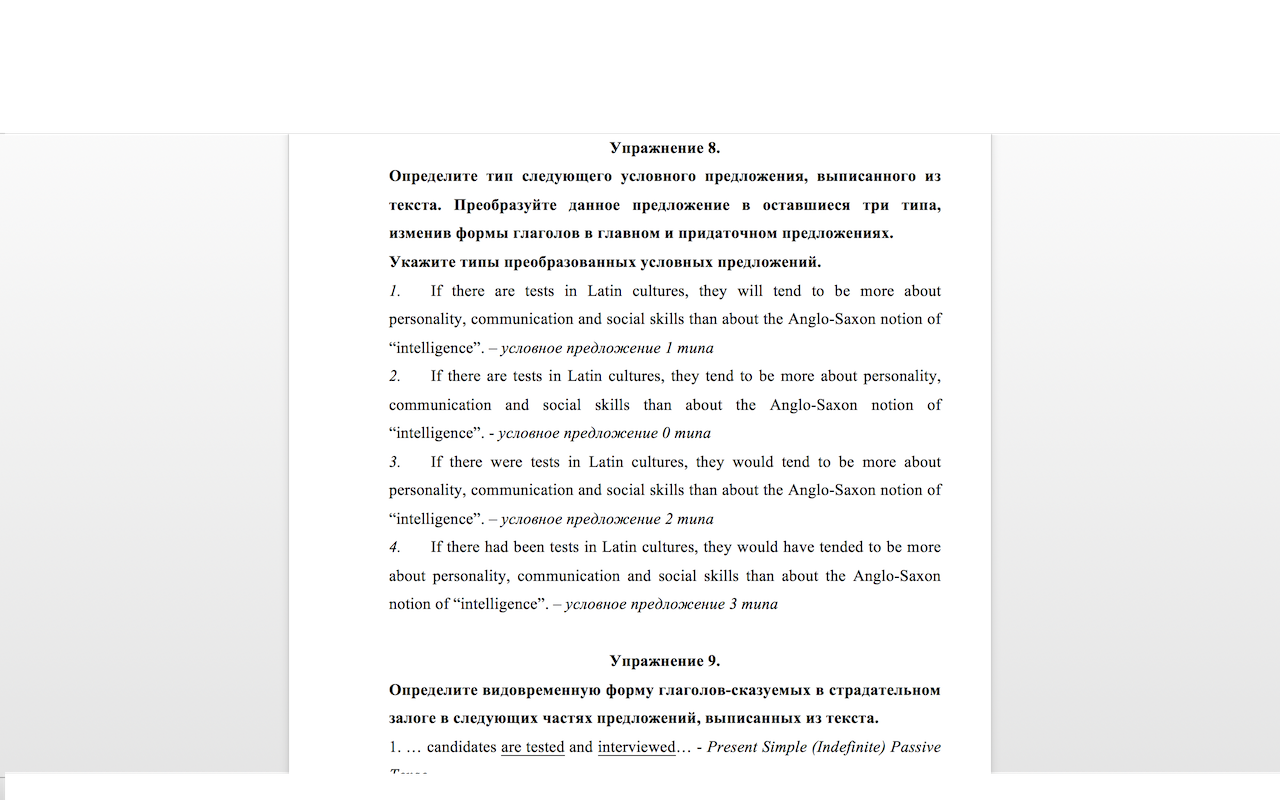 РАБОТА С ТЕКСТОМ
Selecting international managers
Approaches to selection vary significantly across cultures. There are differences not only in the priorities that are given to technical or interpersonal capabilities, but also in the ways that candidates are tested and interviewed for the desired qualities.
In Anglo-Saxon cultures, what is generally tested is how much the individual can contribute to the tasks of the organisation. In these cultures, assessment centres, intelligence tests and measurements of competencies are the norm. In Germanic cultures, the emphasis has always been made on the quality of education in a specialist function. The recruitment process in Latin and Far Eastern cultures is very often characterised by ascertaining how well that person ‘fits in’ with the larger group. This is determined in part by the elitism of higher educational institutions, such as the “grandes ecoles” in France or the University of Tokyo in Japan, and in part by their interpersonal style and ability to network internally. If there are tests in Latin cultures, they will tend to be more about personality, communication and social skills than about the Anglo-Saxon notion of “intelligence”.
Though there are few statistical comparisons of selection practices used across cultures, one recent study provides a useful example of the impact of culture. A survey which was conducted by Shackleton and Newell compared selection methods between France and the UK. They found that there was a striking contrast in the number of interviews used in the selection process, with France resorting to more than one interview much more frequently. They also found that in the UK there was a much greater tendency to use panel interviews than in France, where one-to-one interviews are the norm. In addition, while almost 74 per cent of companies in the UK use references fr om previous employers, only 11 per cent of the companies surveyed in France used them. Furthermore, French companies rely much more on personality tests and handwriting analysis than their British counterparts.
Many organizations operating across cultures have tended to decentralise selection in order to allow for local differences in testing and for language differences, while providing a set of personal qualities or characteristics they consider important for candidates. Hewitt Associates, a US compensation and benefits consulting had difficulties extending its key selection criteria outside the USA. It is known for selecting ‘SWANs’: people who are Smart, Willing, Able and Nice. .....

Упражнение 2.
Определите, верны ли следующие утверждения. Исправьте неверные утверждения.
1. Many international organizations have decentralized selection.
2. They look for different personal qualities in different cultures
3. The “SWAN” criteria have international validity.
The “SWAN” criteria, all perfectly understandable to Americans, can be interpreted in a different way in other cultures.
4. The definition of some qualities can lead to cultural misunderstandings.
5. Mobility and language capability are clearly unde

Упражнение 3.
Письменно ответьте на вопросы по содержанию текста.
1.What types of differences exist in the approaches to the selection of candidates in various cultures?
2.What is tested in Anglo-Saxon cultures?
3.Is the emphasis on the quality of a specialist’s education in Germanic cultures?
4.The recruitment process in Latin cultures is determined by personality, communication and social skills.
5.Does France usually resort to one interview in recruitment practices?
6.One-to-one interviews are the norm in the UK, aren’t they?
7.What companies rely more on personality and handwriting analysis?
8.What does “SWAN” stand for?
9.How can “being nice” in one culture be interpreted in another?
10.What criteria has Shell identified as most important when selecting candidates?