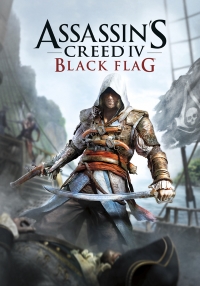 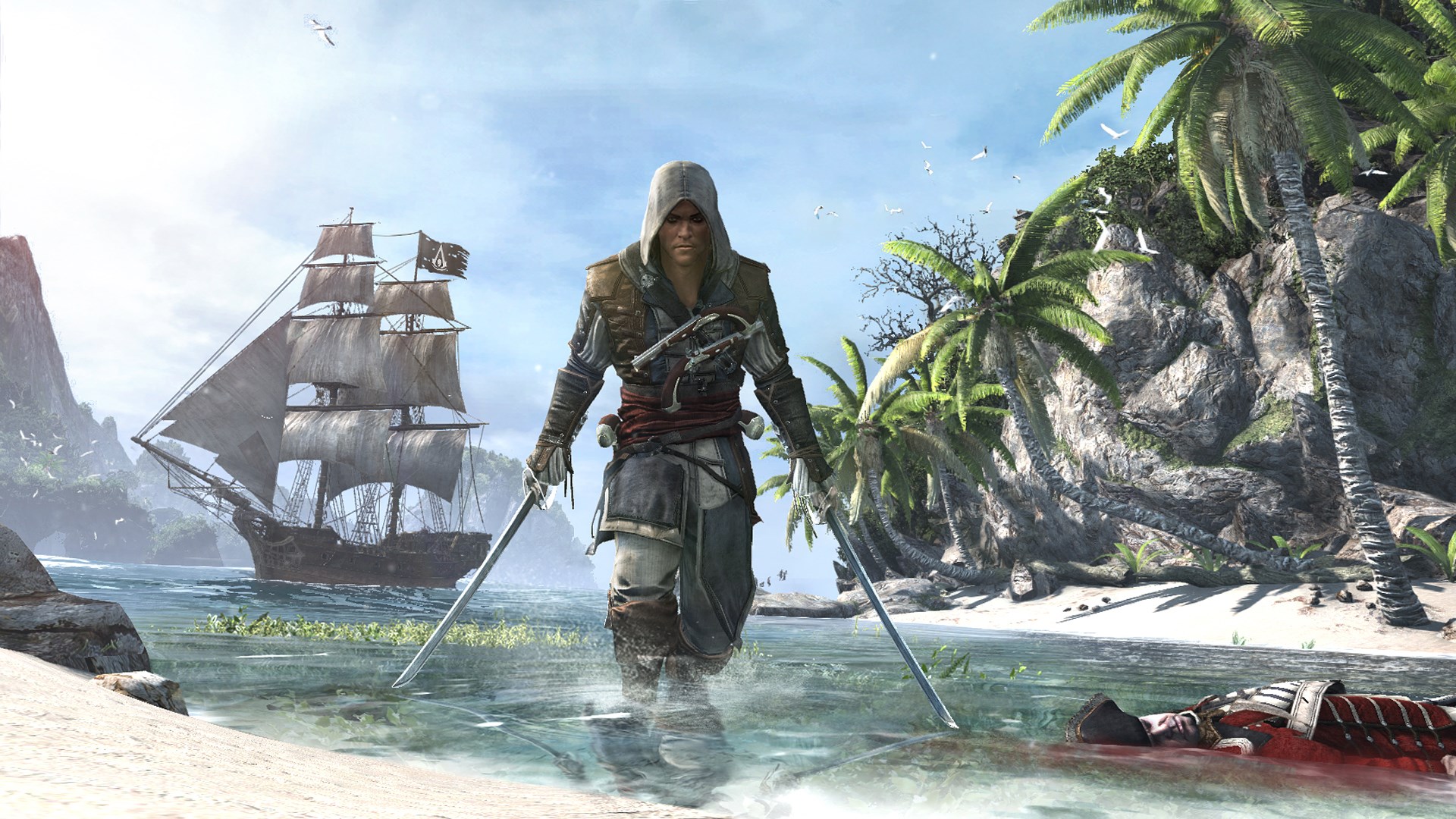 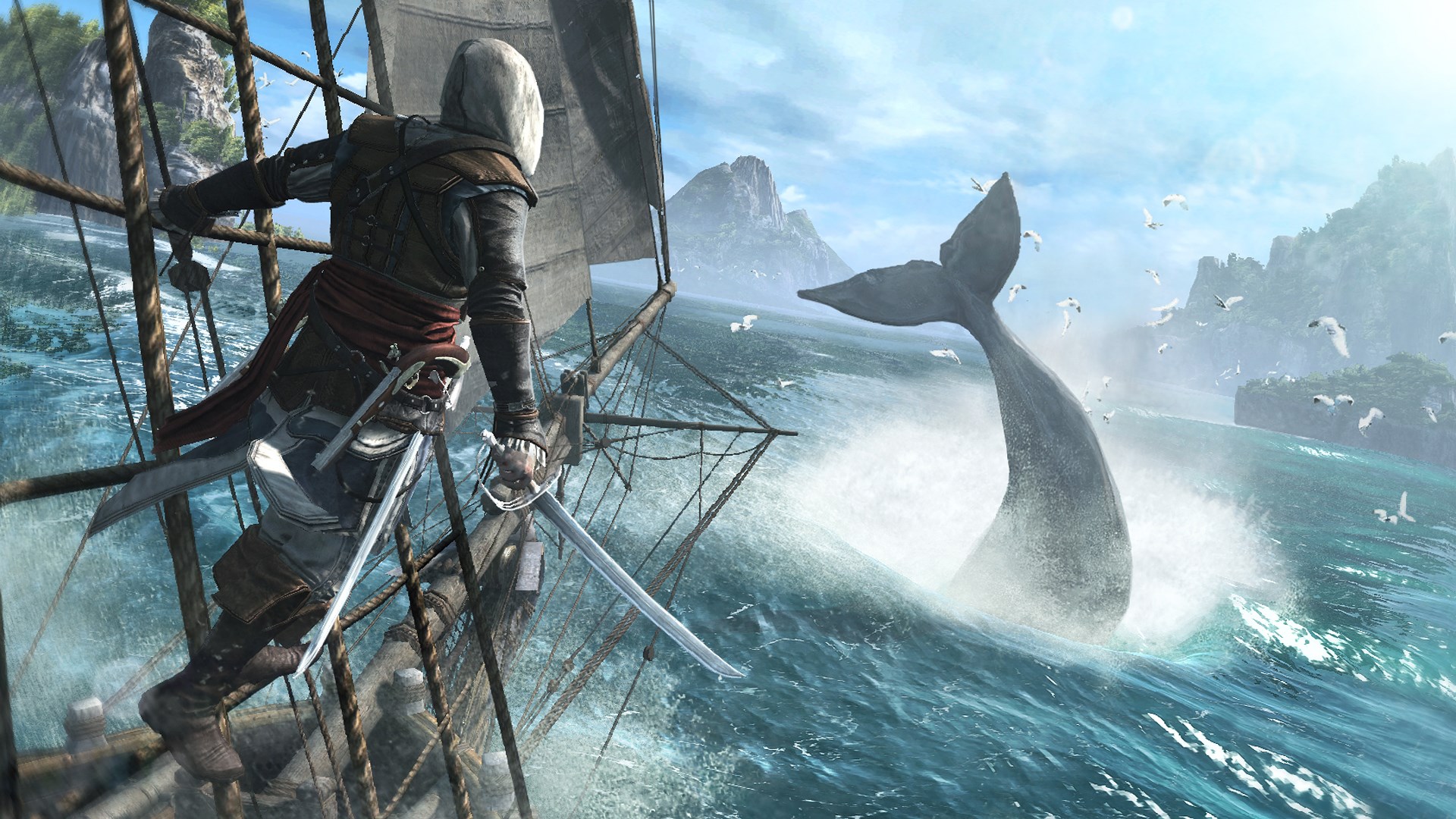 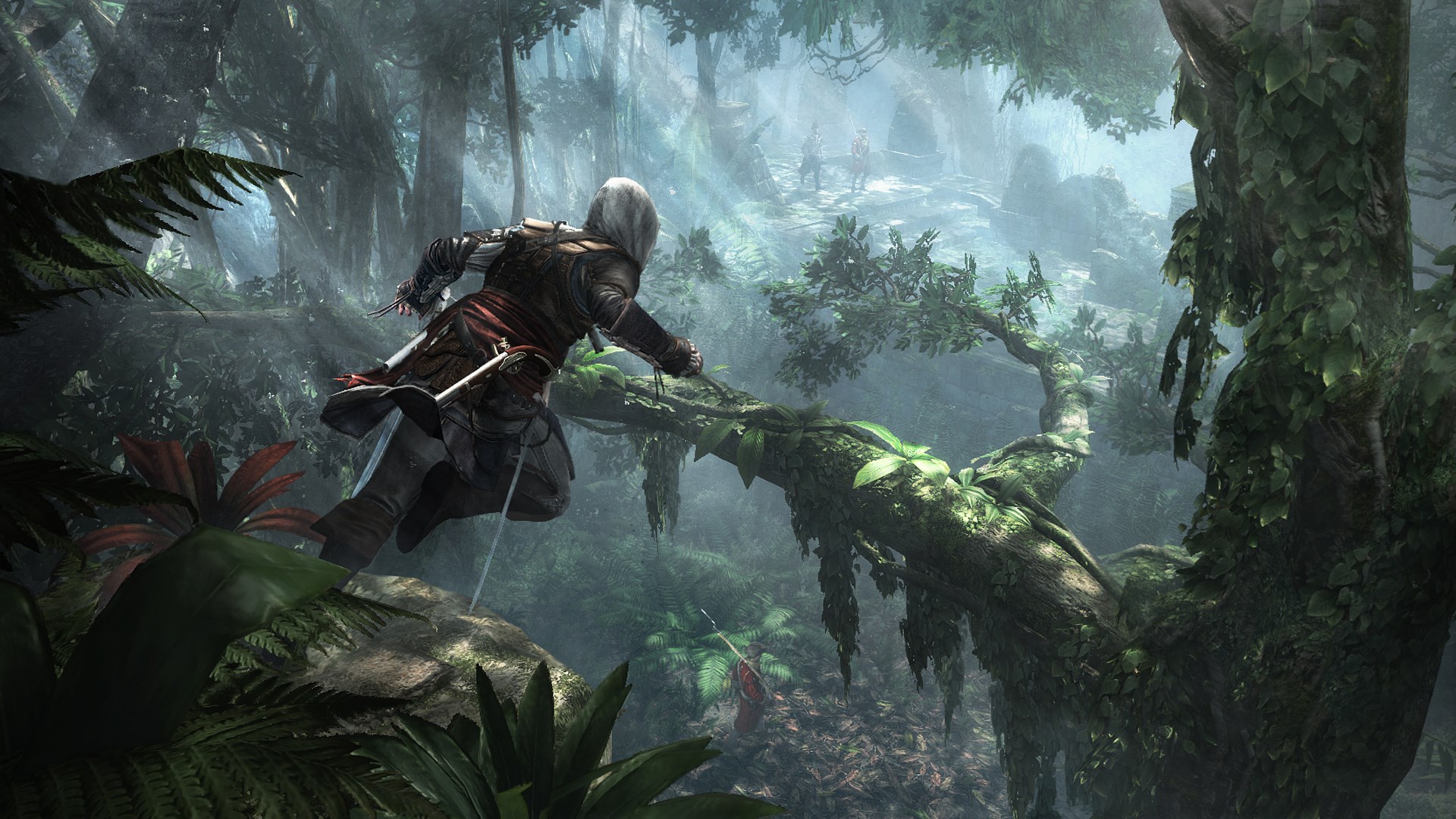 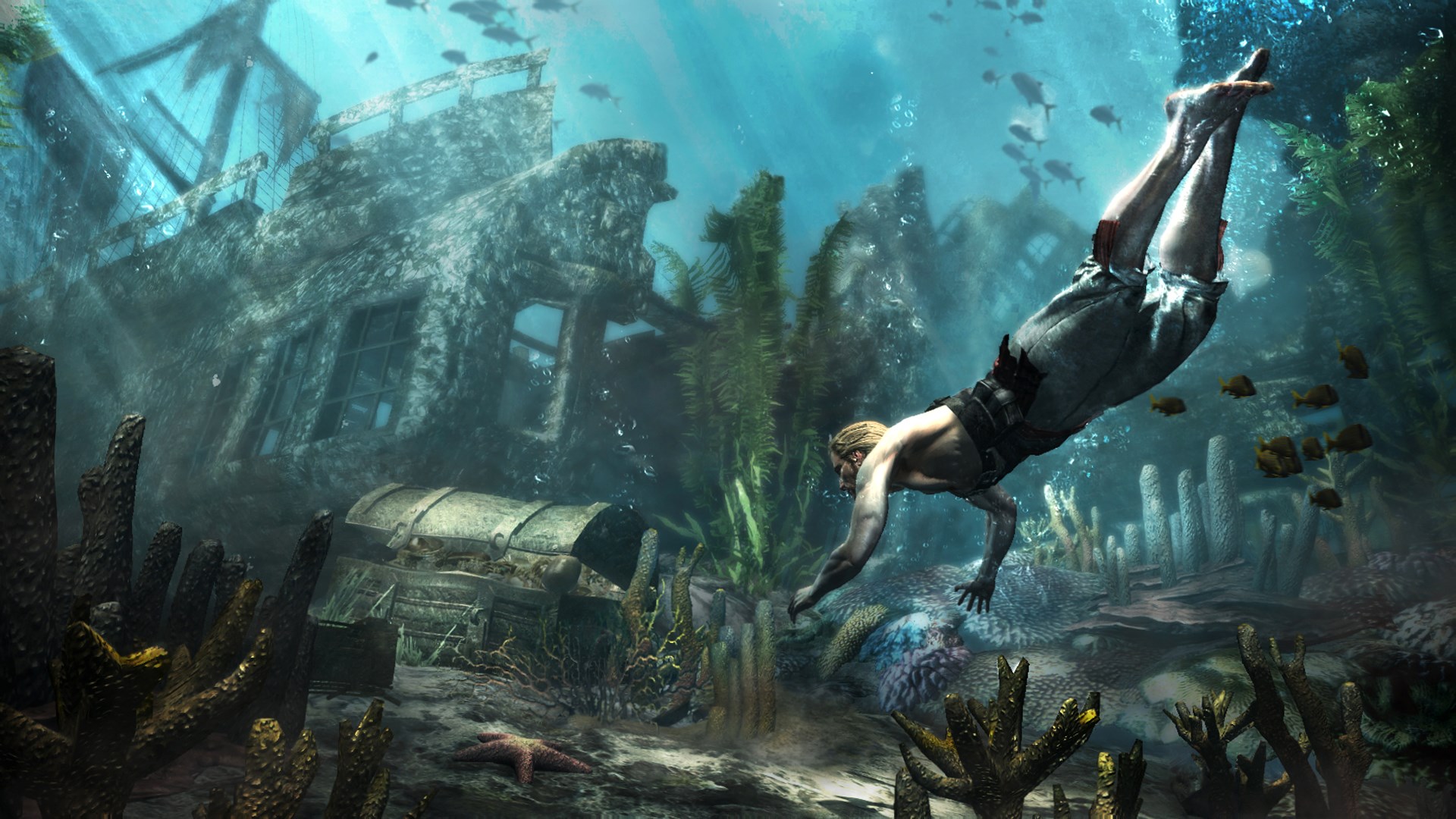 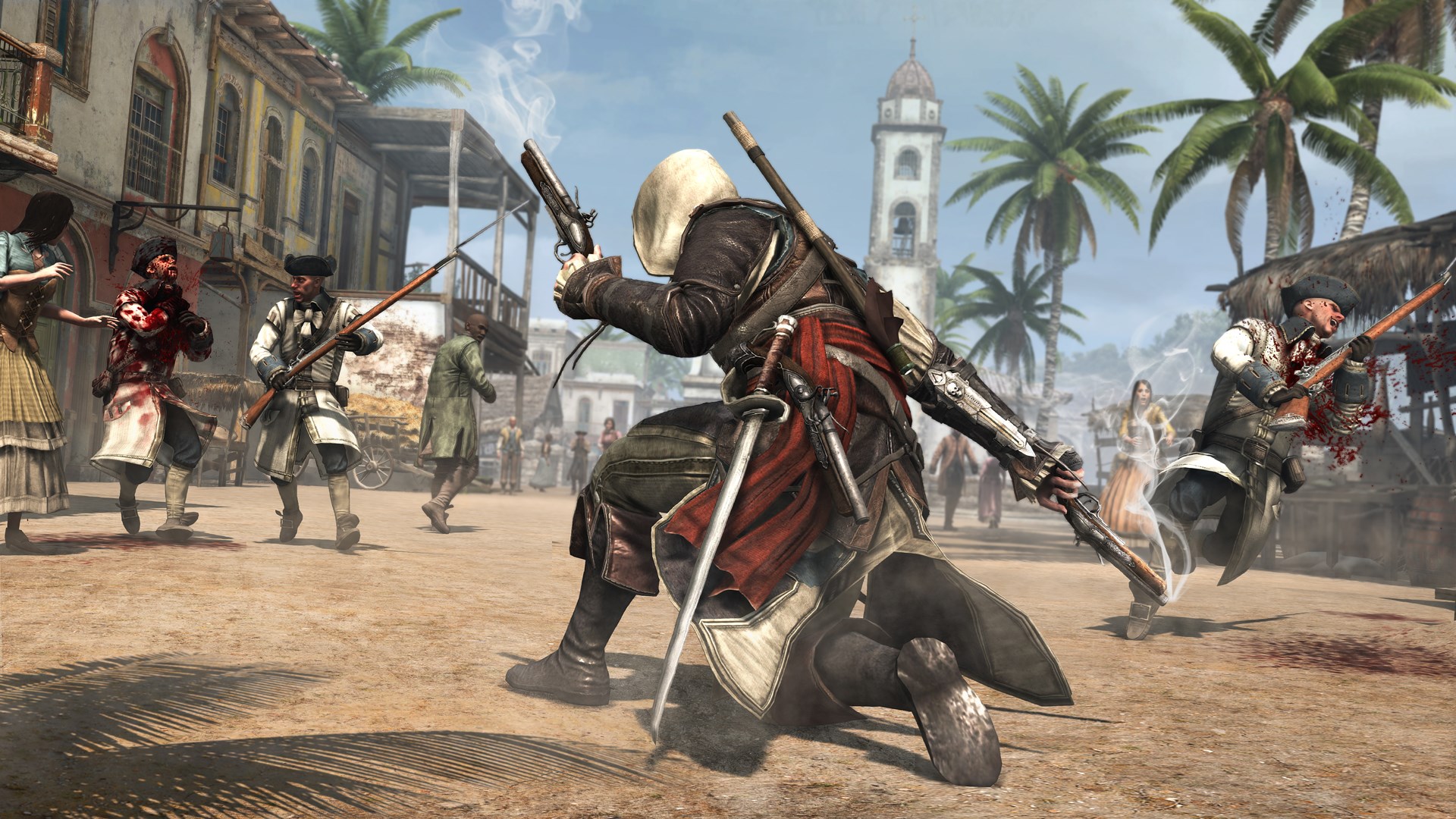 1715, the Caribbean. The pirates became the true masters of the sea and land, having organized their own republic of lawlessness, greed and cruelty. Among these thieves, the young captain Edward Kenway is noticeable. The reputation of the fighter and adventurer allowed him to win the respect of such legends as Blackbeard, but she also dragged into the ancient war between the Assassins and the Templars, into a war that could destroy everything that the pirates had created.

Welcome to the golden age of piracy!

EXPLORE THE MOST WIDE AND VARIOUS OF EVER CREATED WORLDS ASSASSIN’S CREED
Visit 50 unique places from Kingston to Nassau and live the life of a real pirate, namely:
Loot the Shipwrecked Ship
-Kill the Templars in blooming cities
- Hunt for rare animals in the wild jungle
- Look for treasures in lost ruins
-Hide enemies in secret bays

BECOME THE MOST DANGEROUS PIRATE OF CARIBBES
Drive your ship “Jackdaw” and instill fear in all who meet you on their way. Looting and counting the loot, improve your ship, buy more ammunition and supplies you will need for future sea battles. Ship upgrades are extremely important to Edward´s naval success throughout the game. Attack and take massive galleons aboard, dial a team of dedicated sailors and set off on an adventure.

LEARN EVERYTHING ABOUT PRESENT PIRATE LIFE
Turn out to be among such legendary characters as Blackbeard, Kaliko Jack, Benjamin Hornigold and establish a lawless republic in the Bahamas, which ultimately will be the beginning of the Golden Age of Piracy.

IMPROVED MULTI PLAYER MODE
Fight against or with your friends in merciless multiplayer mode. Choose one of many different characters and fight to the death on beautiful exotic cards.