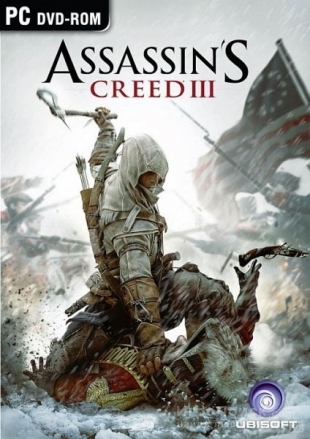 Uploaded: 10.12.2019
Content: Assassin's_Creed_3_DLC_138.txt 0,56 kB
Loyalty discount! If the total amount of your purchases from the seller GameCod more than:
If you want to know your discount rate, please provide your email:

Composition of the supplement:
- The Lost Mayan Ruins (mission for a single player game)
Following the trail of what some consider to be the lost treasure of Captain Kidd, Connor finds himself on the ruined ruins of the island of Cozumel. Ruins, where the Spaniard had already visited two hundred years ago, could not stand the onslaught of time and overgrew with grass. Thanks to the game process, built on trees, stones, destructible elements and inclement weather, Cozumel is ready to show Connor what Mother Nature is capable of.

- Invisible war (mission for single player game)
Act 1
The mysterious cargo on board the ship of the British navy "Windermere" can turn the course of the revolution in favor of the Templars. Get the load and make sure that both Windermere and his captain find their last shelter at the bottom of the sea.

Act 2
The ship of the British navy Leviathan leaves England with an important envoy of the Templars on board. Make sure that the messenger and all the information he possesses will sink into the abyss.

Extraction: plans for creating an improved sea convoy, which allows increasing the revenue from trade with overseas merchants.

The ship of the British navy, Dartmoor, travels to Boston and carries on its board a secret that could endanger the very foundations of the revolution. Find it, grab it and make sure that the cargo disappears into the sea.

Extraction: a new coloring for the "Eagle".

- Colonial assassin (set for single player)
Clothing for a single game: the traditional vestment of the colonial assassin, formerly belonging to the assassin John deLatura.

Weapons for a single game: a Scottish samopal, rumored to have made a "shot heard around the world," although this is unprovable.

<Delivery>This product is distributed through digital distribution, it is only a pin code, and does not contain packages an