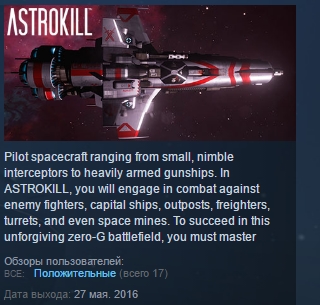 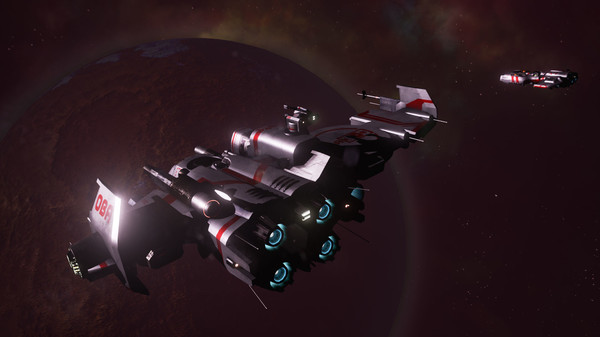 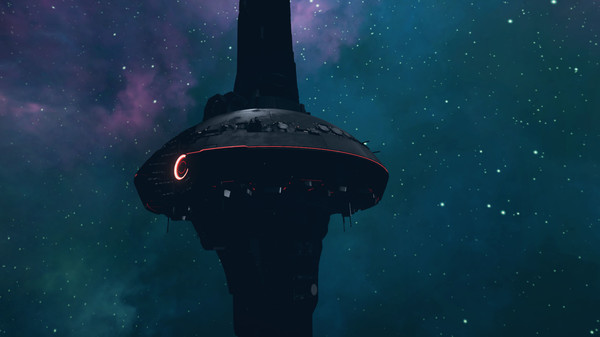 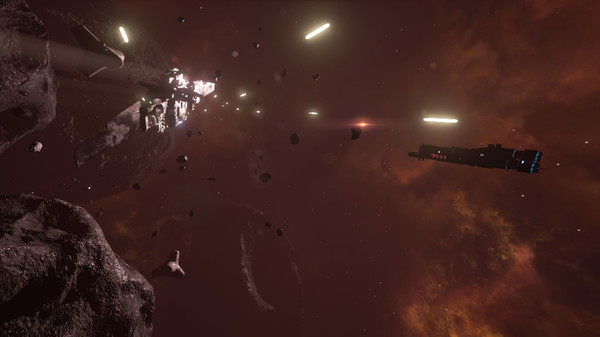 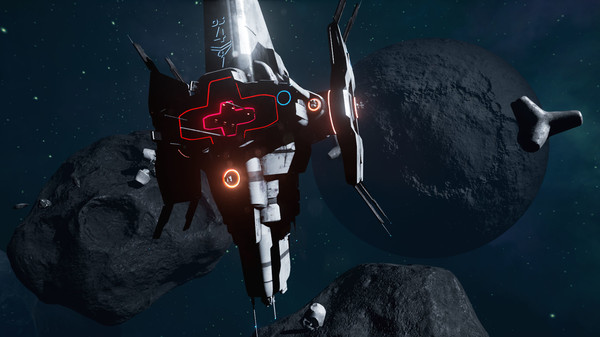 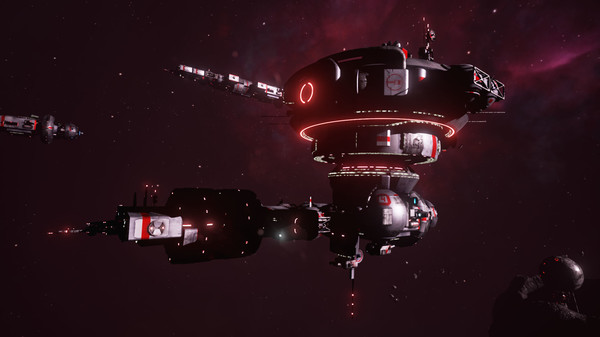 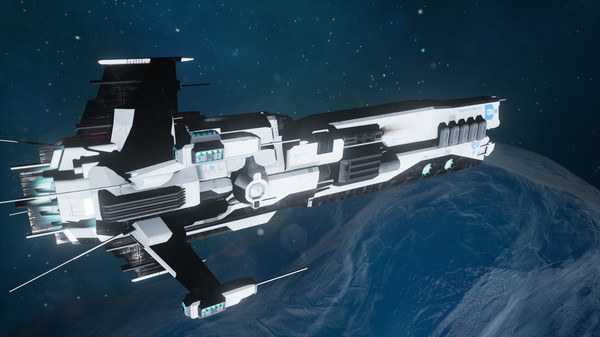 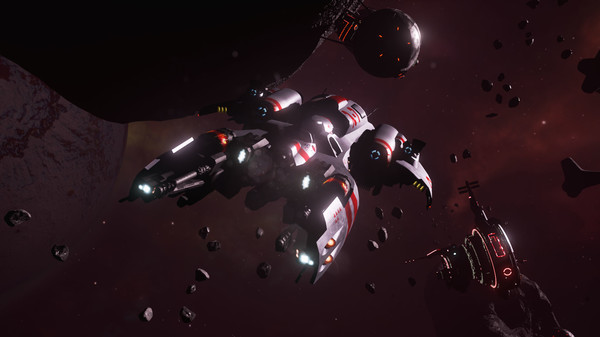 ASTROKILL is a fast-paced, intense, physically realistic action game set in space. Players pilot fighters, gunships, and interceptors (in 1st or 3rd person) from either the Outer Belt Alliance or the Dominion of Man in hard-hitting dogfights.
★ Gameplay
Pilot spacecraft ranging from small, nimble interceptors to heavily armed gunships. In ASTROKILL, you will engage in combat against enemy fighters, capital ships, outposts, freighters, turrets, and even space mines. To succeed in this unforgiving zero-G battlefield, you must master your ship and its weapons. You will blow away spaceships with machine guns, flak cannons, homing missiles, and rail guns. Your Gravity Shield will protect you from enemy fire and even turn their weapons against them.
★ Campaign and Survival mode
Pick a faction and enter the fray in either a story-driven Campaign mode or an arcade-style Survival mode. In Campaign mode, you will fly missions within the context of a faction-specific story-line. With each passing mission, you will discover new environments, characters, ships, and challenges that test your skills as a fighter pilot. If stories aren´t your thing and you just want an endless blood bath, then there is Survival mode. Like an old-school arcade game, you must fight and survive wave after wave of progressively more difficult enemies. Fight to beat your own top score or attempt to dethrone the number one player on the Steam leaderboards.
★ Weapons
In ASTROKILL, battles are fought with conventional weapons, like belt-driven machine guns, proximity-based flak cannons, and Javelin-style guided missiles. When it comes to inflicting damage downrange, nothing is quite as effective as high-velocity metal slugs. The kinetic energy behind a 30mm bullet travelling at 600m/s is tremendous (about 68,000 Joules). If that´s not enough, flak cannons fire explosive projectiles that detonate near enemy fighters, doing area damage. Homing missiles track fighters and attempt to intercept them and detonate within their kill radius. If a missile misses its intended target, it will reassess the battlefield and track a new target.
★ Atmosphere
The universe in ASTROKILL feels used and unforgiving. By means of striking visual details and punchy sound effects, a war-torn atmosphere is conveyed in the dark reaches of space. Factions battle from the rocky, mineral-rich regions of the Outer Belt to the icy territories of the Dominion. The ships of the Outer Belt are jury-rigged of bare metal plate and marked with red paint, while Dominion ships are precisely engineered war machines with white hulls and blue detailing. Dogfights are a chaotic spectacle of whizzing bullets and flashy explosions. Pilots are flung from their ships and haplessly tumble through space praying their attackers follow the unwritten rules of space combat.