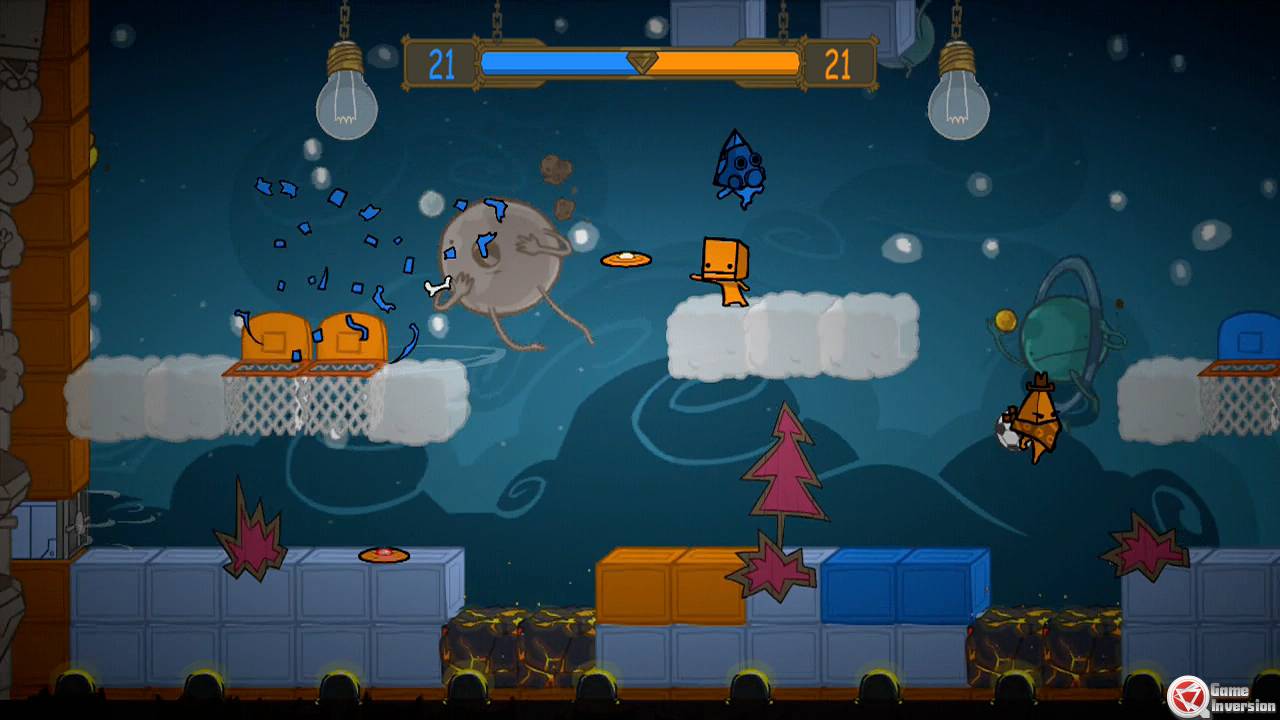 After payment, you automatically receive a unique link to activate the game on Steam

All Games are purchased OFFICIALLY!

This gift can be added to the library only in the following countries:Russia

About the game:
Shipwrecked. Captured. Betrayed. Forced to perform for an audience of cats? Yes, all that and more when you unlock BattleBlock Theater! There´s no turning back once you´ve started on your quest for free over 300 of your imprisoned friends from evil technological cats. Immerse yourself in this mind bending tale of treachery as you use your arsenal of weapons-tools to battle your way through the balloons in order to discover the puzzling truth behind BattleBlock Theater.

If solo acts aren´t your style, go online or bring a buddy couch-side to play a thoroughly co-optimized quest or enter the arenas. The game also includes the level editor.
Key Features
CO-OPTIONAL GAMEPLAY - Work together ... or not. Online Play! Couch Hi-Fives! Best Game Ever! Up to two players in Story, and four in Arena.

ARENAS: Whether you´re king of the crown or whale chasing, BattleBlock Theater performers have 8 arena modes to teach their enemies the real meaning of stage fright!

INSANE MODE: One life to live does not just happen on screen, it can happen on stage as well. Test your skills in the ultimate challenge.


OVER 450 LEVELS! - Single player, multiplayer, arena, we have more levels than Hatty can count on his finger hands.

300 PRISONERS TO FREE! - Having been captured by the native feline population, it´s up to YOU ​​to liberate them! Earn gems to free your friends by participating in deadly, gladiatorial plays.

THEATRICAL WEAPONRY AND COMBAT! - Jump, push, pull and punch your way to victory! If that does not work, you can explode, freeze, poison, or digest a baby! Plus, you´ll be able to bring up two players at a time in a game and swap quickly.

CREATE AND SHARE LEVELS - Create works of art in our Level Editor and then share them with all your friends (or strangers). Over 20 interactive block types galore!

1. To access your new game, you must install the Steam application (if the application is not installed).
2. Register a new account on Steam or go to an existing one.
3. After purchase, you will receive a link that you need to copy and paste into your Internet browser, log in under your Steam account and take the gift to your LIBRARY or add it to the INVENTORY.
4. After activation, the game appears in the list of games and you can download it from Steam.

This product is distributed through digital distribution.

Leave a positive feedback and write about the desire to receive a gift, and get a guaranteed gift for each purchase and review.
Gifts are sent to e-mail specified when purchasing within 1-2 days