No Mysteries and No Fuel, Free Energy A-Generator 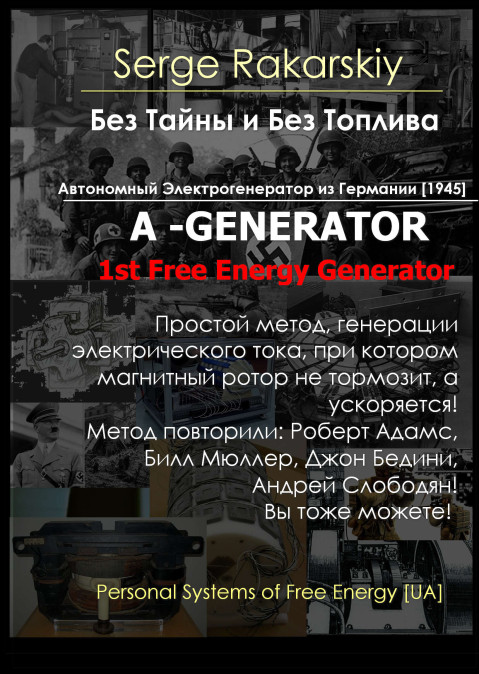 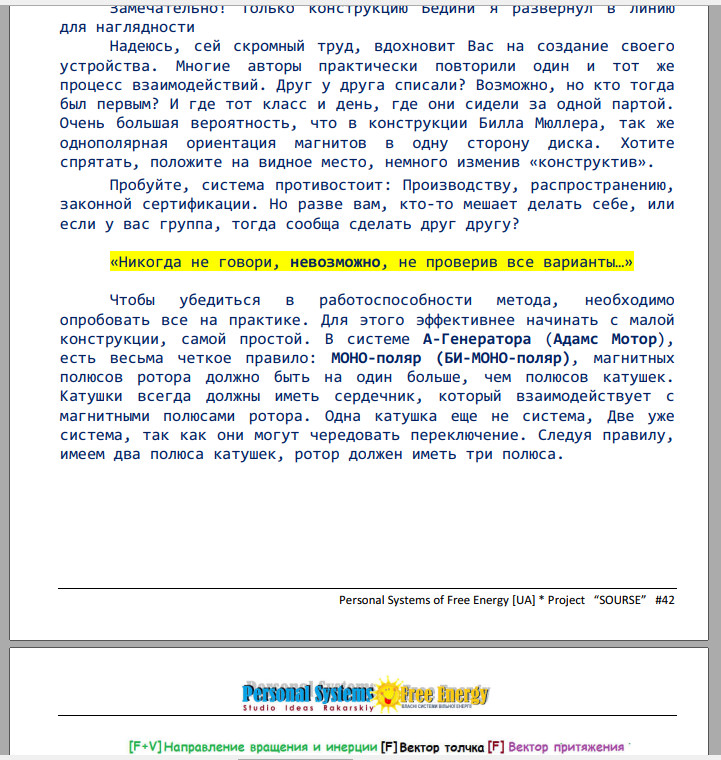 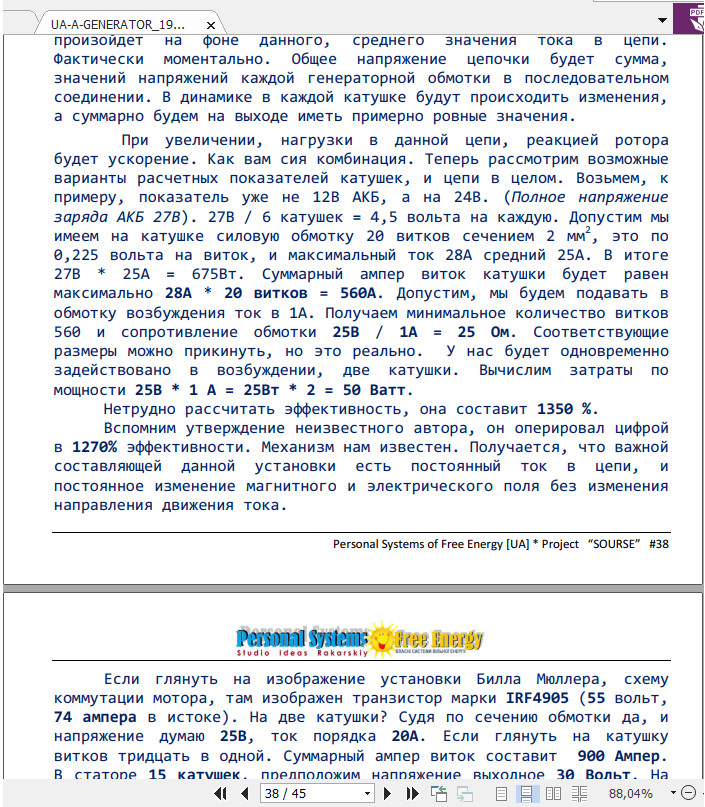 The material reveals the half-century´s secret of the device, which is the easiest generator without fuel. For the first time, information on such a device has been made public in the United States, "On the Emergency Lighting System", which was taken by two United States Army soldiers to the US territory for smuggling. It was a simple device that did not need a wind, fuel or other source. He had a simple collector switch, with the device without interruption provided burning of several bulbs.
Thus, the Era of Free Energy Devices began, according to the type: Motor - Generator 2 in 1 (ROTOVERTER). Research by Ron Cola, Robert Adams Design, Dinamo Bill Muller, John Bedin´s Motor Generator, Joe Fleinn´s Motors and Generators, and others are based on the effect that was laid in that simple device from Germany.
Devices executed in this method can achieve efficiency more than 1000%.
All this according to the classical principles of physical processes, is calculated by classical formulas.
Classical physics does not deny such devices, they are denied by "traditional focused education," and world-masters who control energy production and sales are at the core of their authority.
The device outputs a direct current, and the more current in the consumer circuit, the greater the speed of the magnetic rotor.
As Robert Adams said, even a schoolboy can collect (conditionally, of course, it is oriented on the simplicity of the method, the technology of manufacturing elements for turning products has not yet been canceled).
The device finishes, replaces or completes: wind turbines, solar panels, mini hydropower plants and is designed to charge the battery or work with the inverter, for a fixed (conditional) load. Possibilities of the section of wires, as no one has canceled, as the law of Oma.
Material, this is an analytical and creative work, many years of trying to solve the secret of Motor Adams, Bedin, Muller, as a result of working out of his idea of ​​the UNI-generator, the scheme was lined up. It became apparent to me that the rest of the machines worked according to the principle found. The material also considers the Slobodyan device, which is constructed according to this method. We always invent what is already invented and hidden.
Do not build illusions in capacities, size matters. The material is sold as it is, you will be surprised by the simplicity of the method, and that the mechanisms are known from the school bench.

The material is sold "as is"!

Related to item "No Mysteries and No Fuel, Free Energy A-Generator":