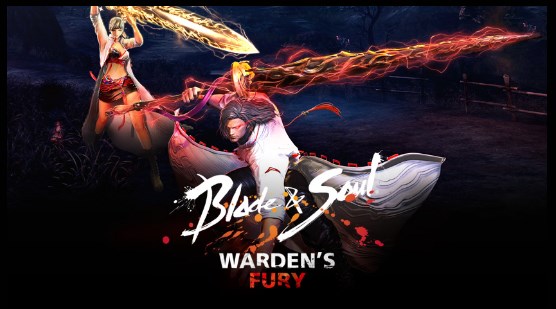 About Blade & Soul:
Your tale of revenge unravels across a breathtaking world where martial arts and mythology meet in a furious clash of fists and betrayal in Blade & Soul®. Developed by NCSOFT´s Team Bloodlust, Blade & Soul is a free-to-play MMORPG adventure that tells the story of players´ quest for vengeance and redemption against a backdrop of Asian fantasy, set in a beautifully crafted online world. Blade & Soul prominently features martial arts inspired combat and the ability to explore a beautiful, cinematic world like never before as you use the power of windwalk to glide across forests, dash across rivers, and jump over mountains.

Avenge the Fallen: As a promising student, you train your skills in the relative peace of the Hongmoon School; but peace won’t last forever. Your school is thrown into chaos as the forces of evil attack—searching for a weapon of great power. You must rise to the challenge, seek vengeance, and stop their plan to unleash dark forces upon the world.
Become a Powerful Fighter: The path of vengeance begins with determination. Train as one of 11 classes, each with their own strengths, abilities, and devastating combos.
Master Martial Arts: Battle foes with a fast-paced action-combat system, where timing, counters, and combos honor skill above all else. Although the way of battle is easy to learn, it takes practice to become a true master.
Explore a Visually Stunning and Unique World: Like the crane that soars on the wind, explore a beautiful, cinematic world like never before as you glide through forests, dash across rivers, and jump over mountains.
Test Your Might: Step into the Arena and put your skills to the ultimate test in competitive PvP. With a skill-based counter system, the mastery you hold over your abilities will be the difference between victory and defeat.