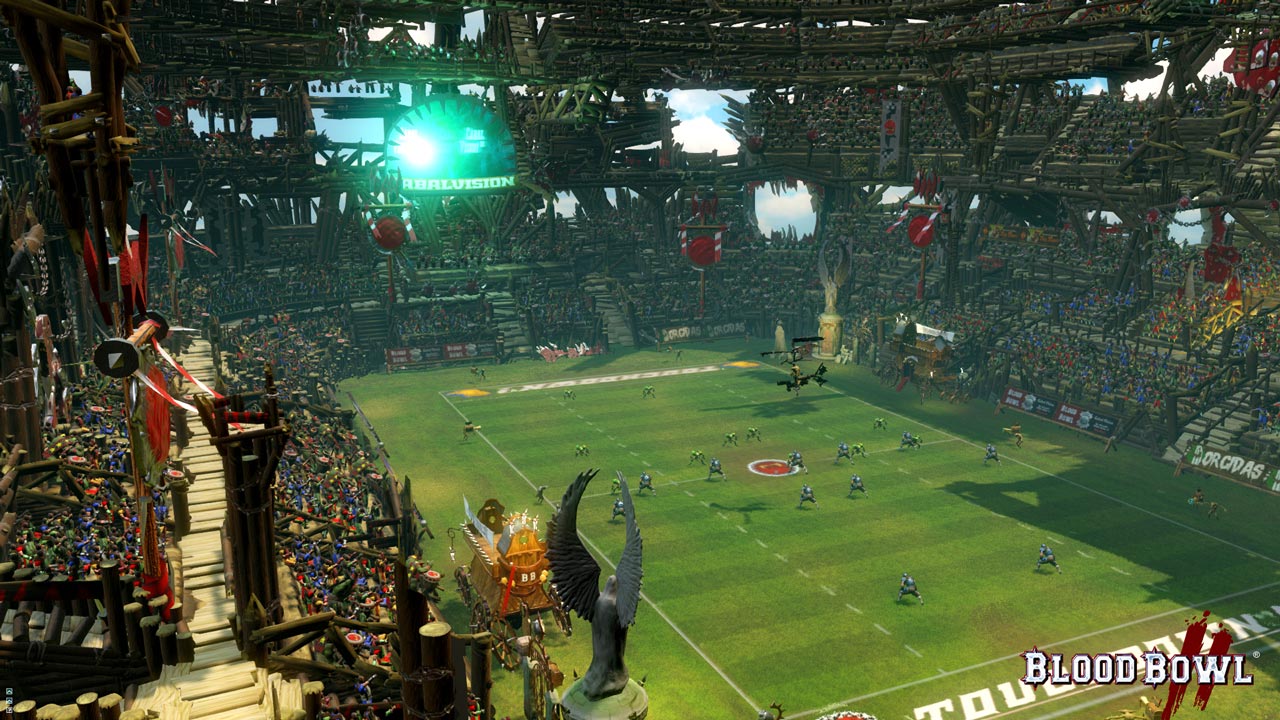 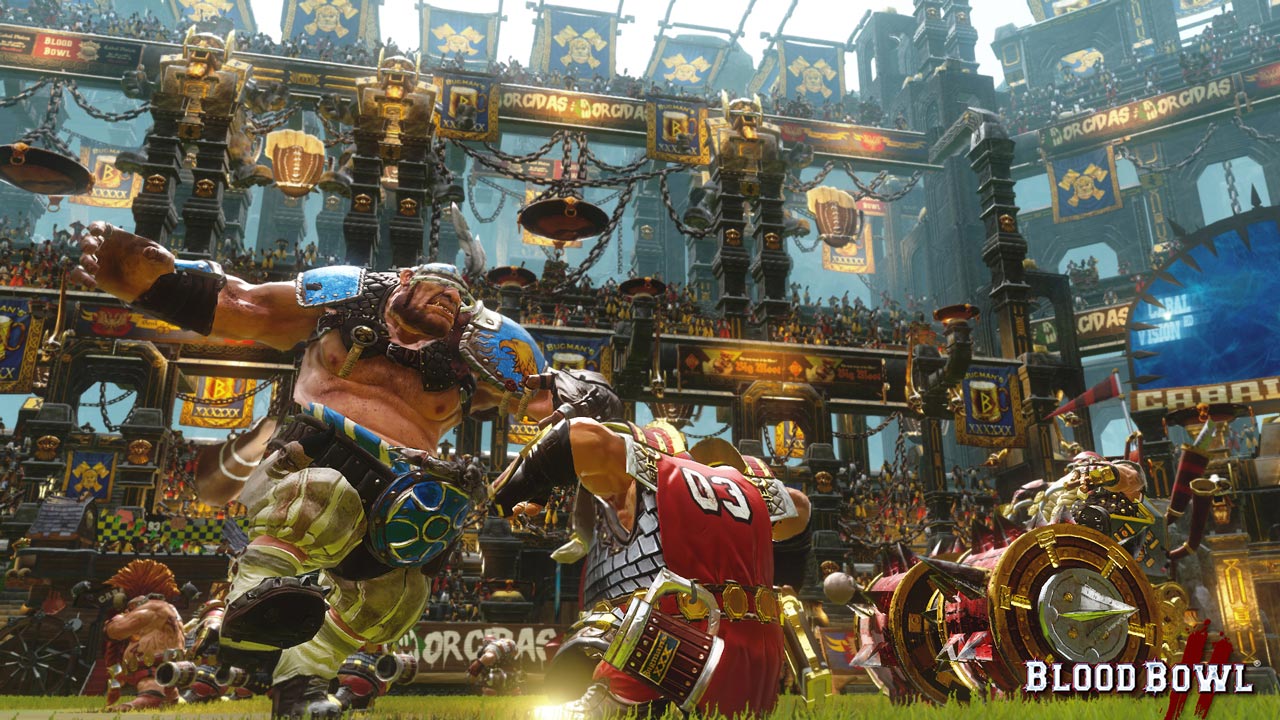 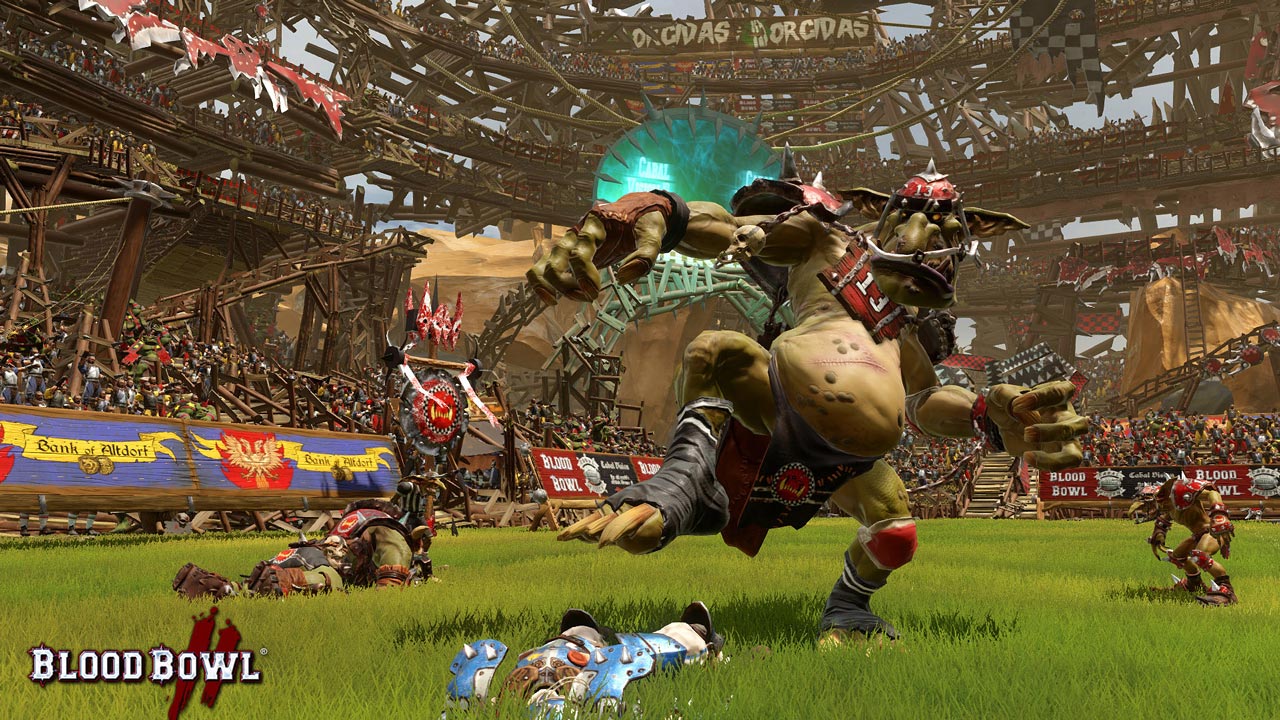 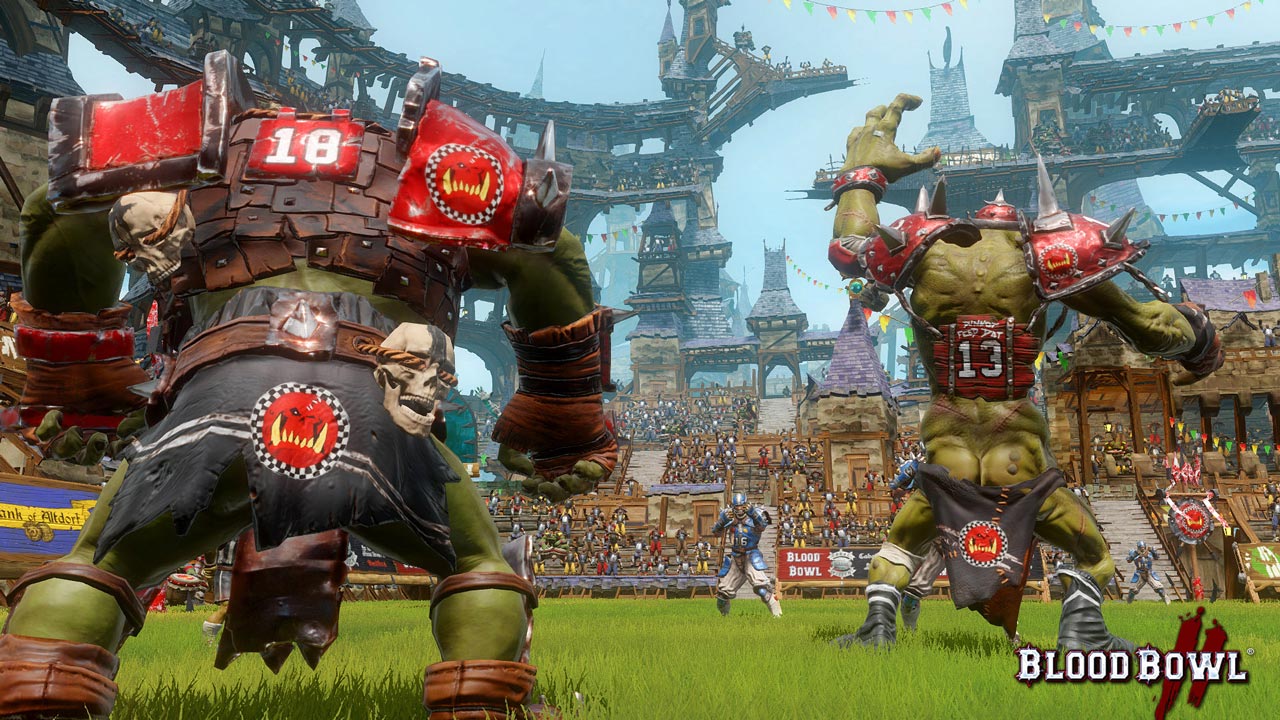 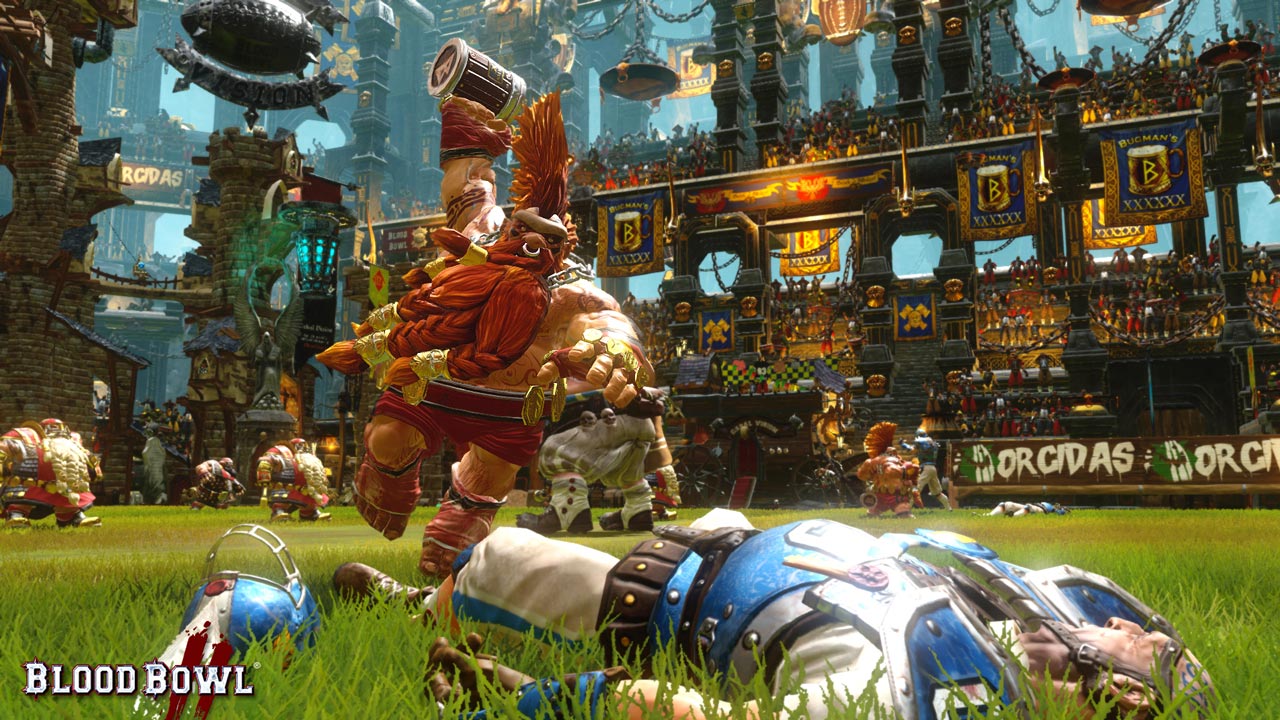 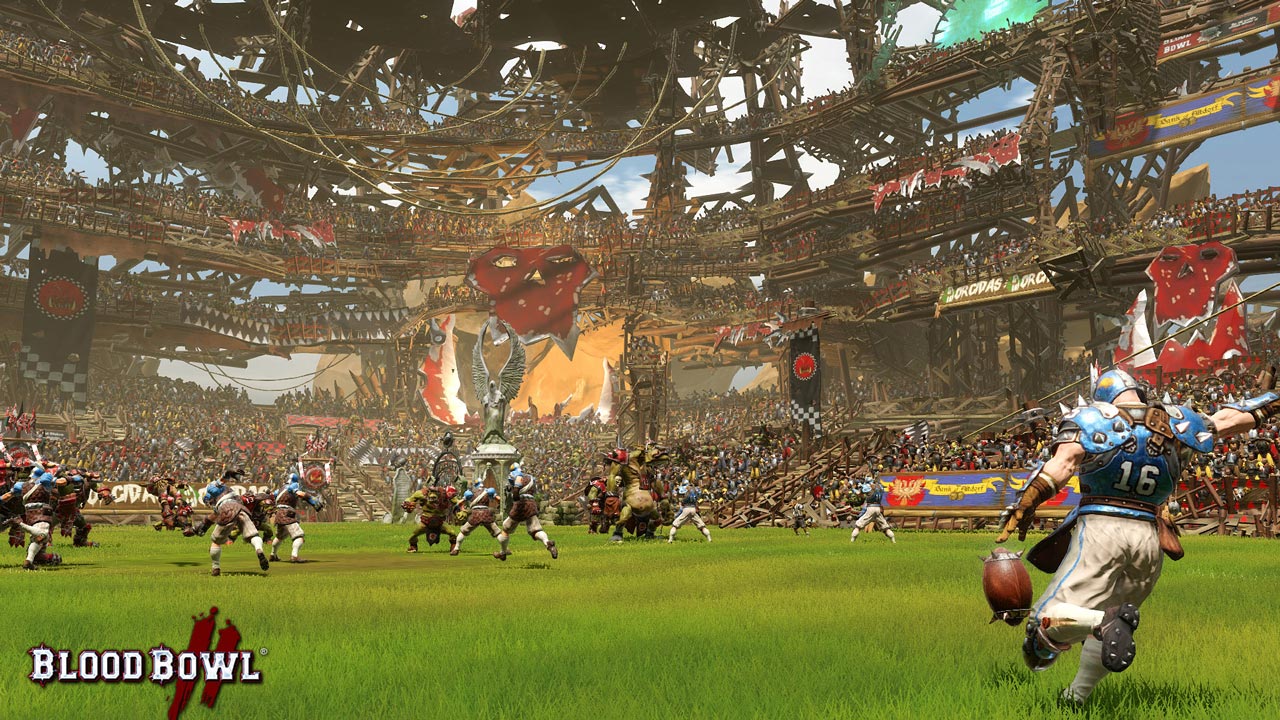 =========================================
The continuation of the video game adaptation of the famous board strategy, combining American football and the fantasy universe of Warhammer. Remaining true to the basic concept of the original Blood Bowl, which brought her great success, the second part takes the game to a new level of quality. A specially developed graphics engine has significantly improved the visual component. Completely redesigned animation and a dynamic camera make the matches much more spectacular and more intense than before, and well-aimed and witty comments by Jim Johnson and Bob Bifford bring the atmosphere to the limit. Blood Bowl 2 offers an exciting storyline campaign in which you have to lead the team "Reykland Rivers" and help her regain her once lost glory. In league mode, available for both single player and multiplayer games, you will receive the status of head coach of the Blood Bowl, and you will have to take control of your own club, team and even the whole stadium.

• The new graphics engine provides an unprecedented level of entertainment of what is happening on the screen
• An exciting single player storyline campaign will make you the leader of the famous Reykland Rivers team, once known as one of the strongest
• Multiplayer career mode. Compete with coaches of other clubs from around the world and use the full powers of the full program to lead your club to victory
• Blood Bowl transfer market will allow you to conclude a sale or a player exchange, so as a result to assemble the team of your dreams!

PlayerUnknown's Battlegrounds for Xbox One