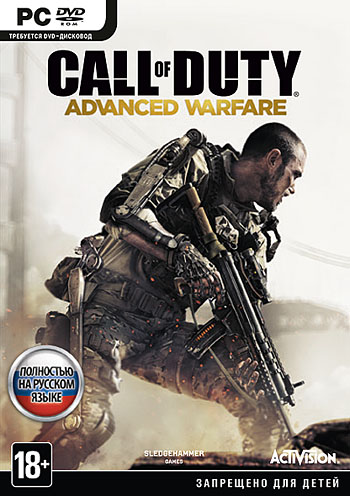 Boommedia information about the seller and his items
onlineAsk a question

CAUTION You get a key Call of Duty: Advanced Warfare licensed version of the game, from the company´s New CD! Guarantee purity key!
Only the CIS


Future knows no mercy. On the ruins of the old world, survived the collapse of the usual geopolitical and military structures, a new force - the private military company, whose leadership wants to bring hope for humanity to live in dignity. Appliances against anarchy, iron order against chaos. Welcome to 2054, in which there is a war.


Call of Duty: Advanced Warfare was developed over three years, taking into account all the possibilities of a new generation of game systems. This new approach to the creation of the game will allow a new tactic. Advanced military technology and unique exoskeleton help survive where ordinary soldiers would not last five minutes! In addition, you expect a fascinating story and new characters, the role of one of them fulfilled the winner of the "Oscar" Kevin Spacey.


The game was released in Russian.

• Challenge to all enemies of civilization on the battlefield in 2054

• Use new tactics with the capabilities of a unique combat exoskeleton

CAUTION To use this product you must accept the terms of subscription to the service Steam. The game has an age restriction 18+ and disabled children.