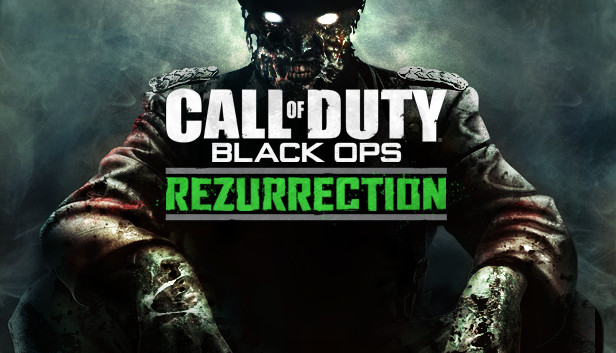 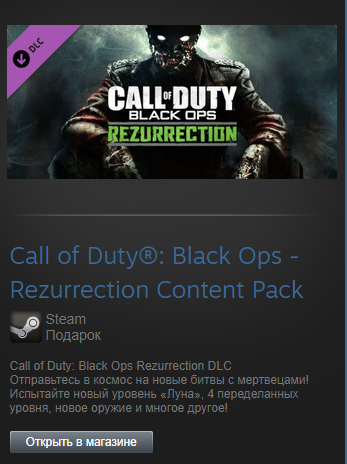 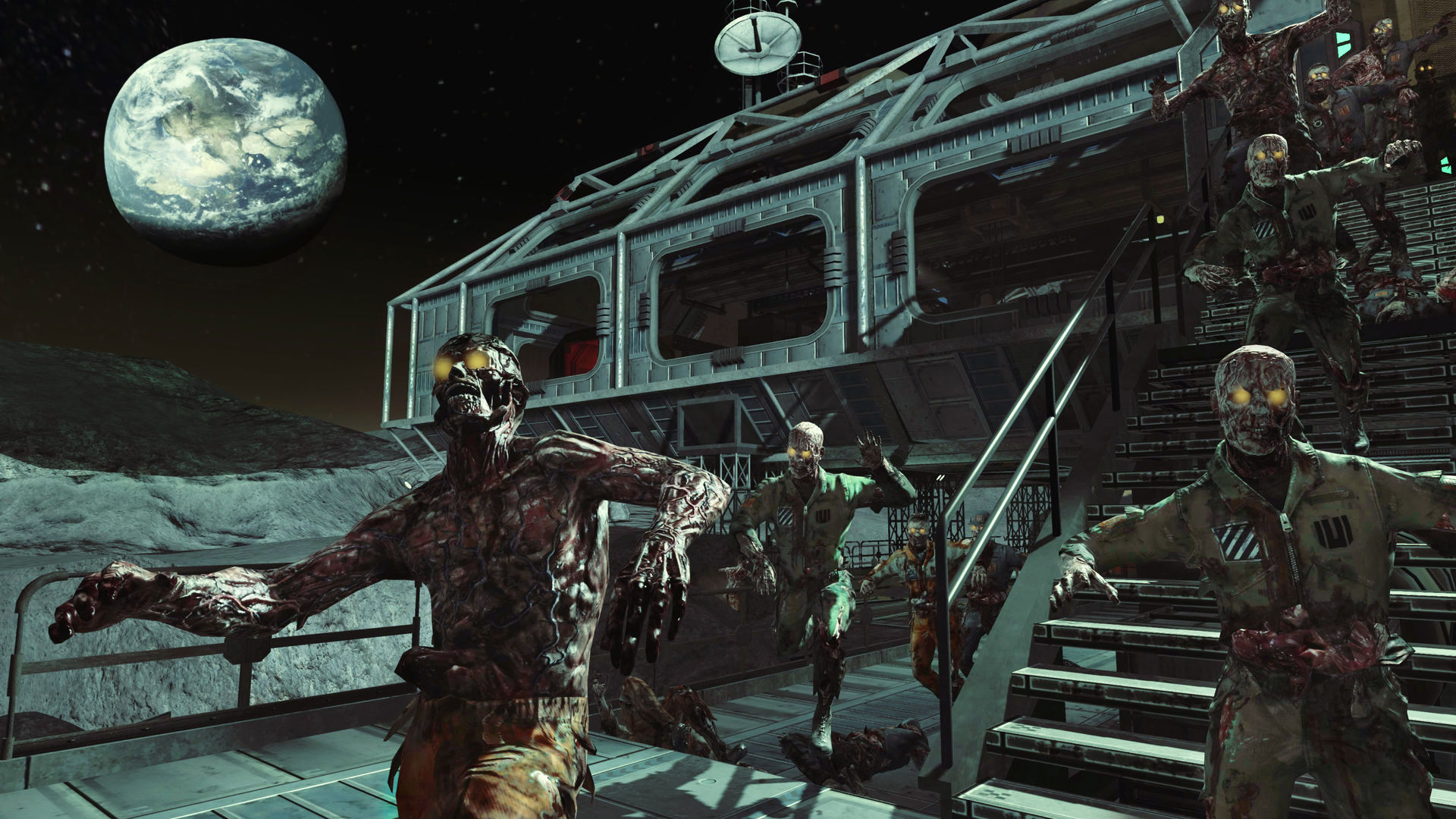 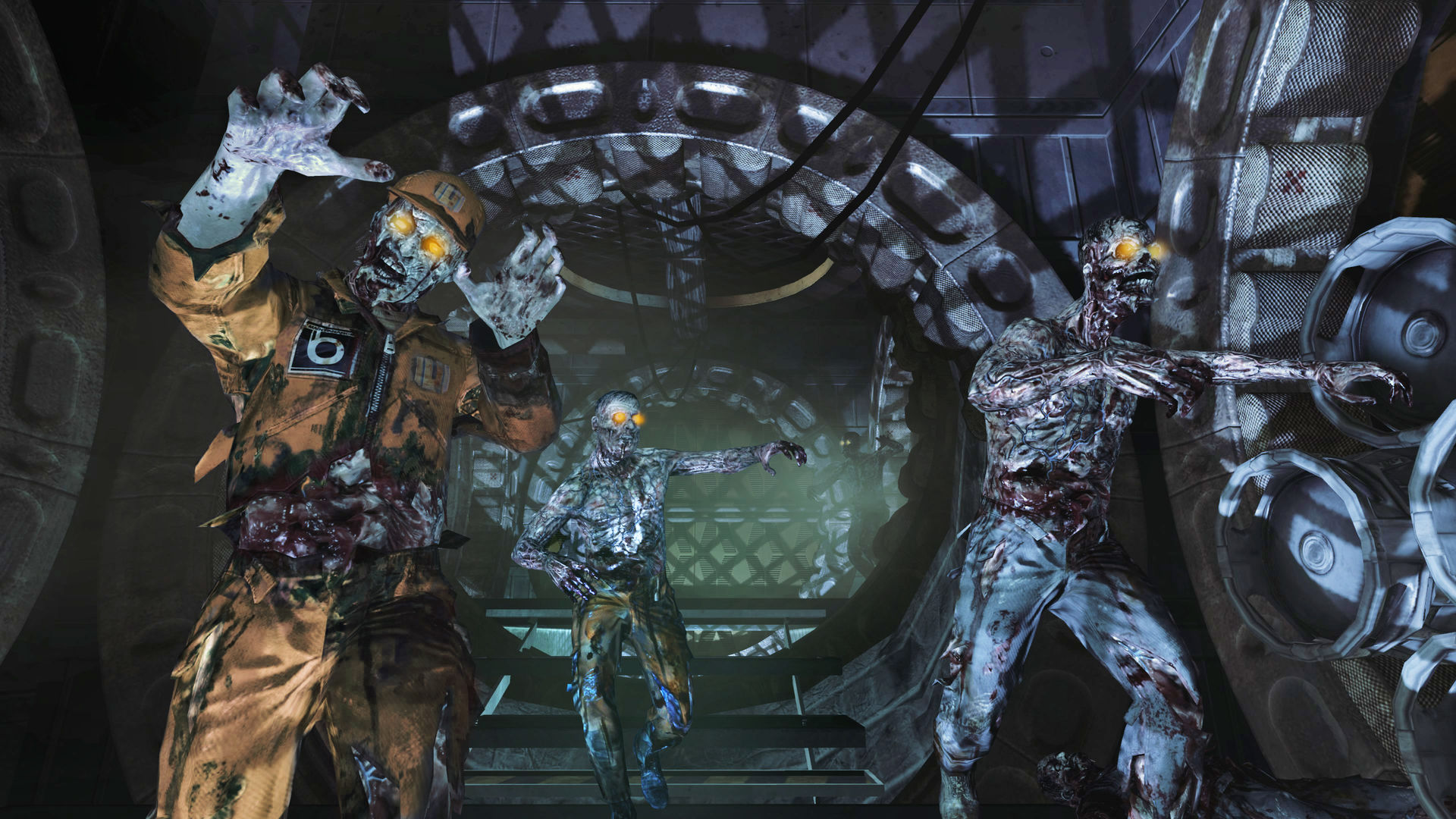 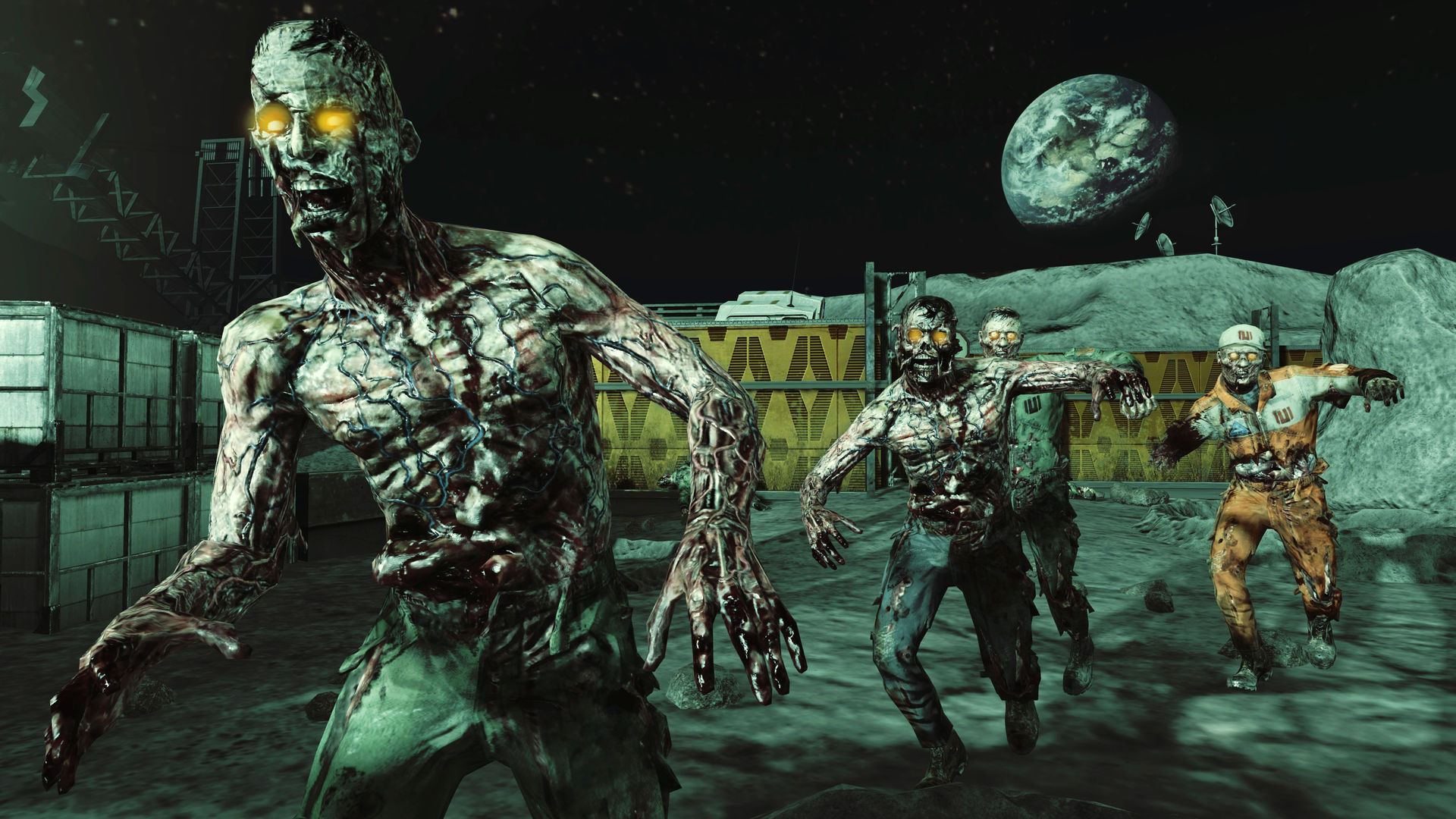 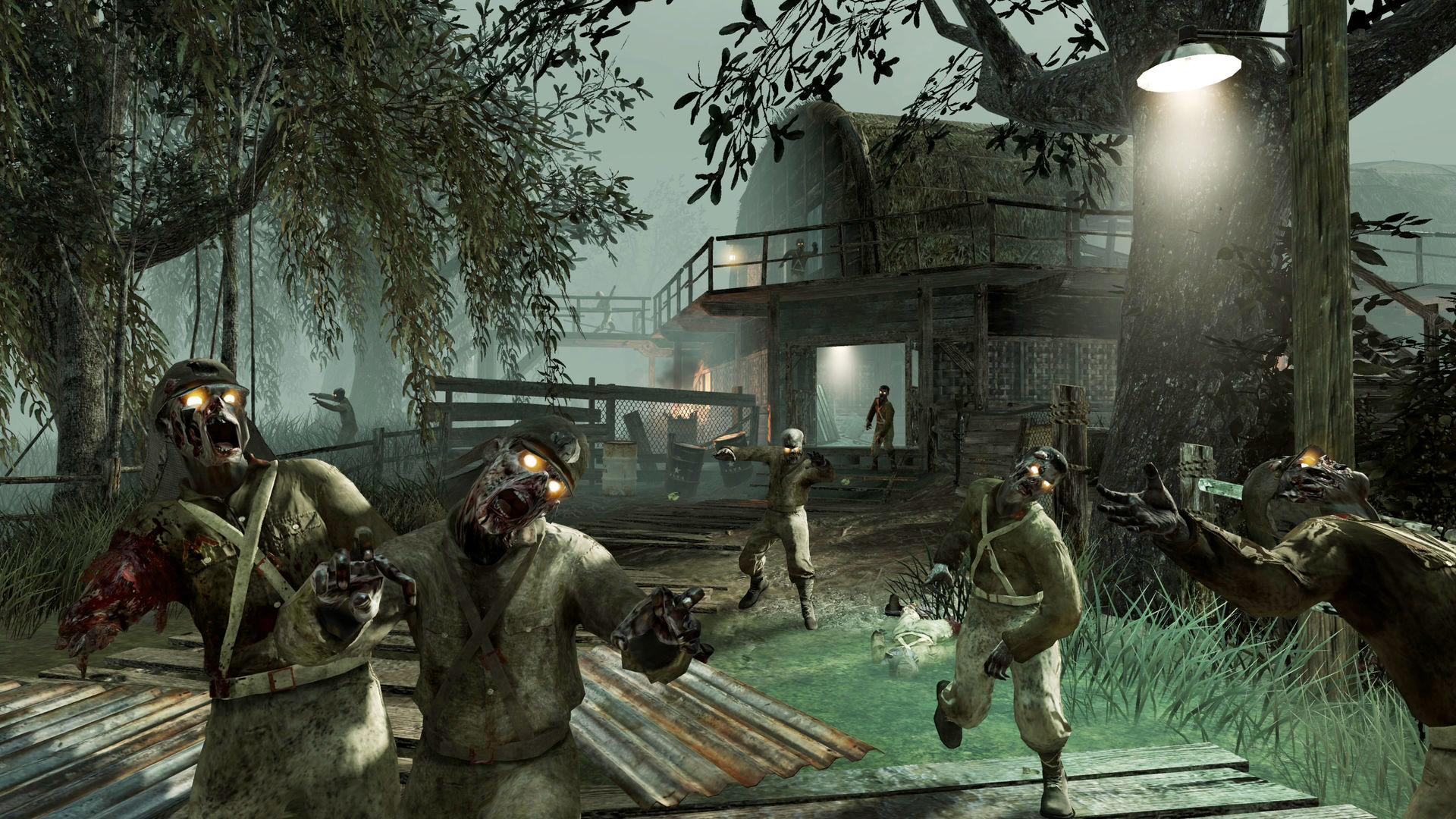 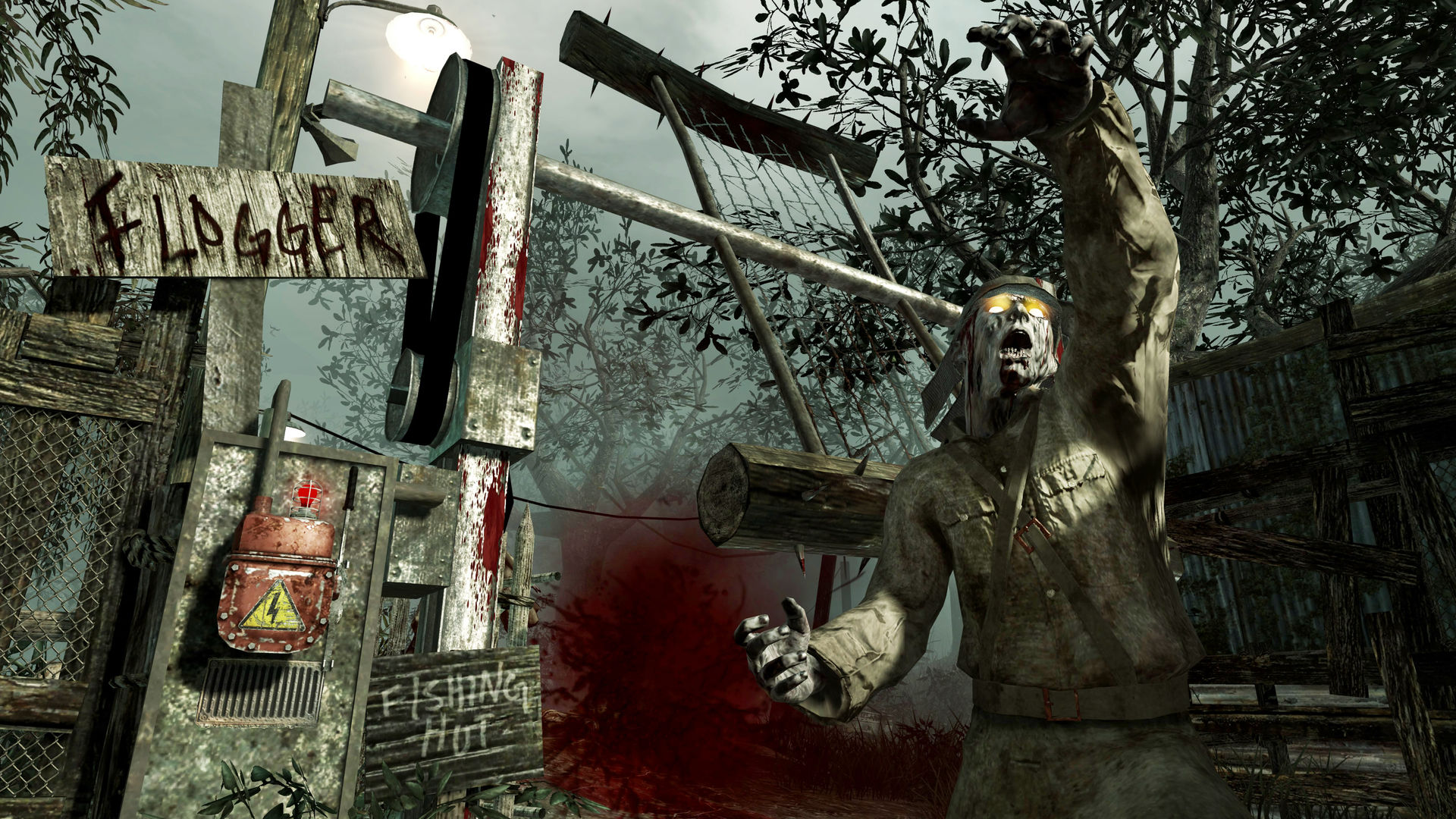 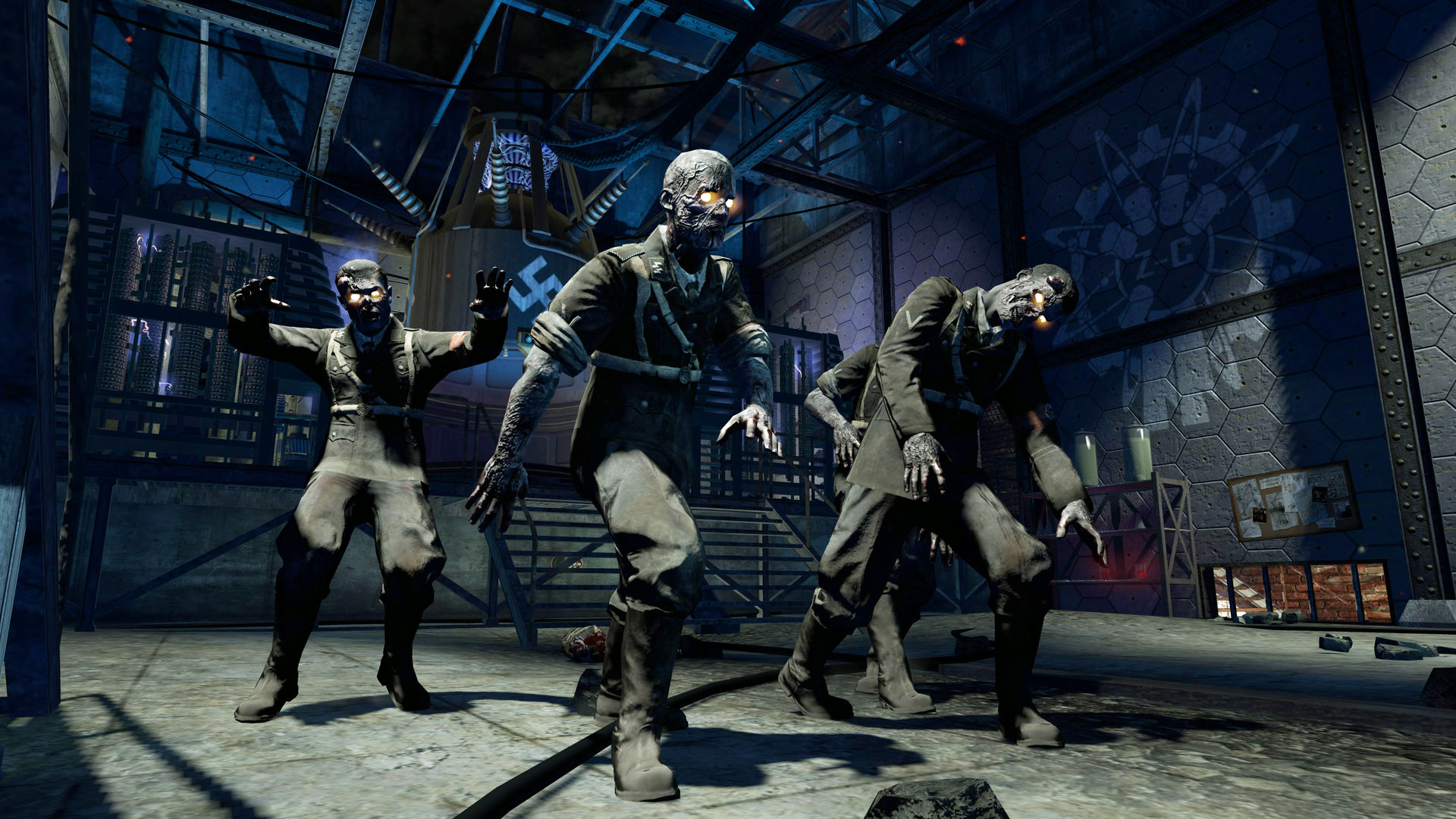 Sold: 0
Uploaded: 28.11.2019
Content: text 73 symbols
Loyalty discount! If the total amount of your purchases from the seller Defik more than:
If you want to know your discount rate, please provide your email:


Additional content
This content requires the base game Call of Duty®: Black Ops on Steam in order to play.


SUPPLEMENT INFORMATION
Take a break in the latest downloadable content for the game Call of Duty: Black Ops - “Rezurrection”, which first launches players into space for new battles with the dead!
Battles with zombies in the spirit of the old school are transferred to the exploded gateway on the moon, where the story of the saga Call of Duty: Zombies completes the full cycle:
The undead turned Zone 51 into a deserted world, forcing fearless heroes to flee to an abandoned top-secret moon base, where they will face their final test and put an end to the threat of zombies.
Regardless of whether you are fighting in a vegetation-rich biocupola or underground darkness of a moon mine, the insane dead will test your reflexes, constantly appearing in the field of vision and hiding. Beware of the risen from the dead astronauts, they attack you, regardless of the fluctuating gravity and lack of life support.
Arm yourself with a space arsenal of zombie weapons, including a wave cannon that can turn the dead inside out, and a quantum intertwining device that directs the laws of quantum mechanics to your advantage (or to the detriment!) In a battle with zombies.
New equipment and brand new perks for triple fun will help to uncover conspiracies that have haunted the heroes since 1943.
Rezurrection also boasts four new cards filled with zombies. Players with Black Ops weapons at the ready can now survive the original Nacht der Üntoten nightmare, escape from the insane zombies from the Verrückt hospital, fight the imperial army of the dead in Shi No Numa and destroy the Der Riese zombie factory which started it all.