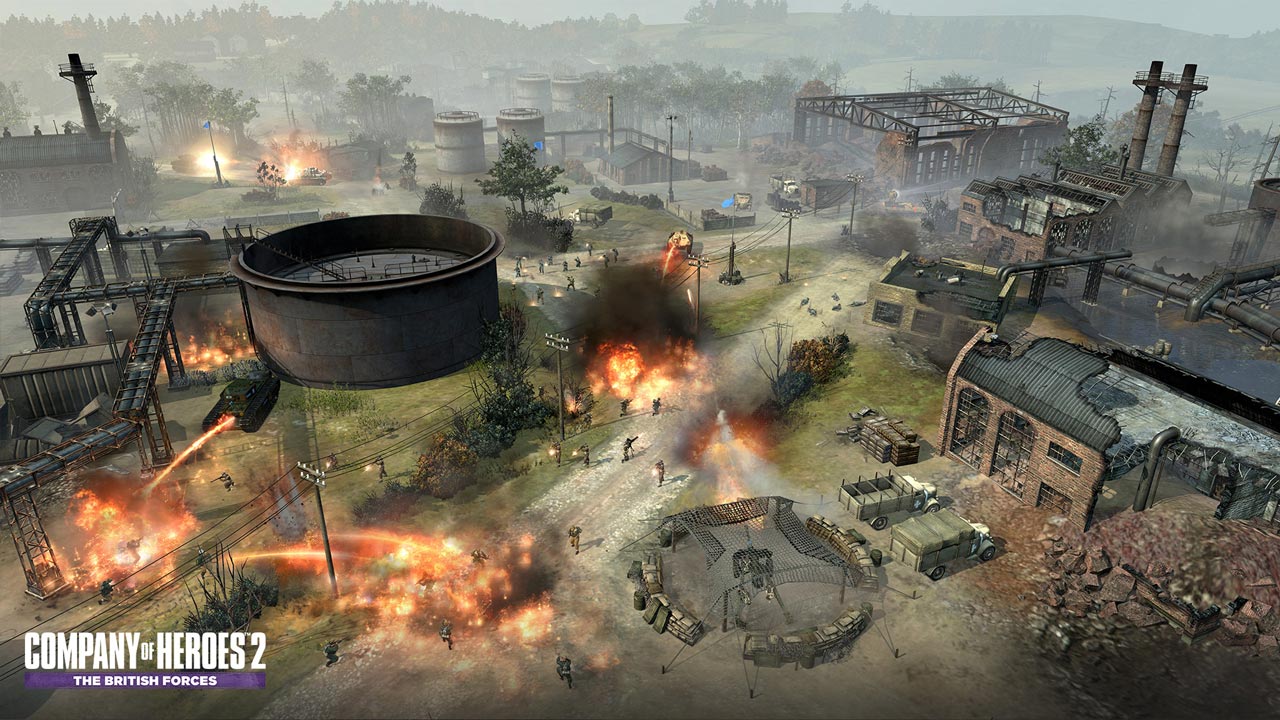 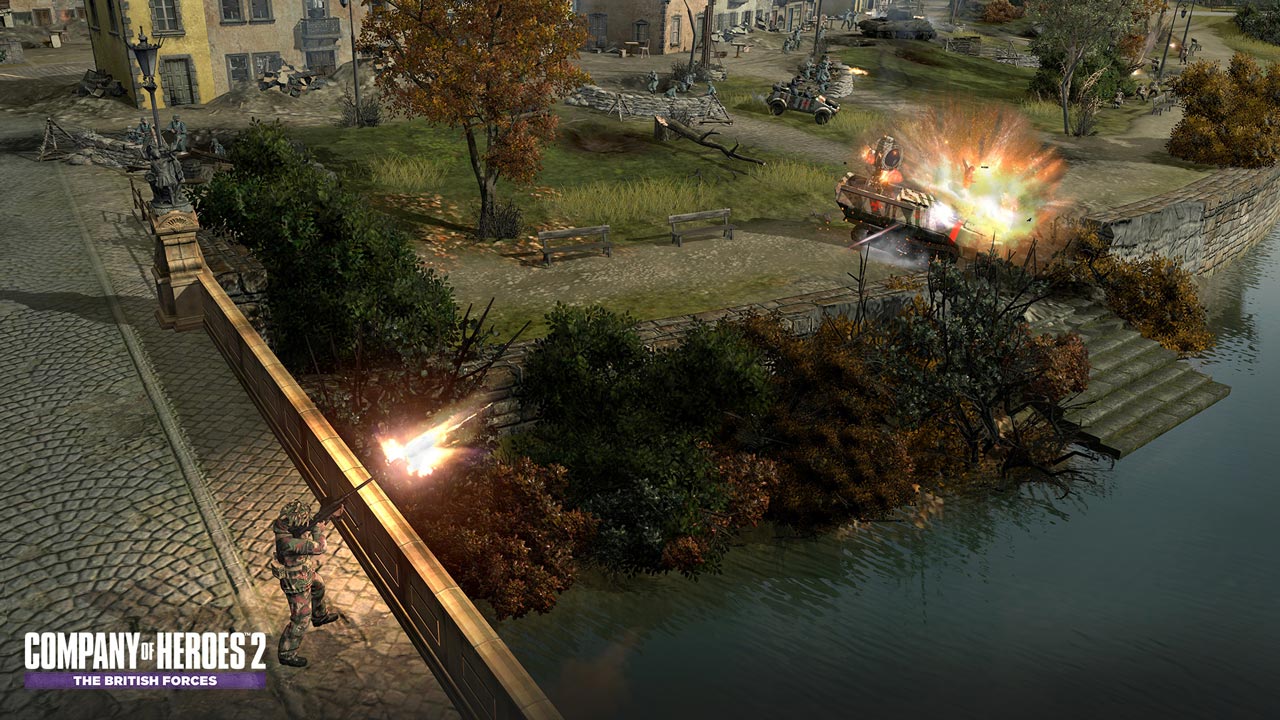 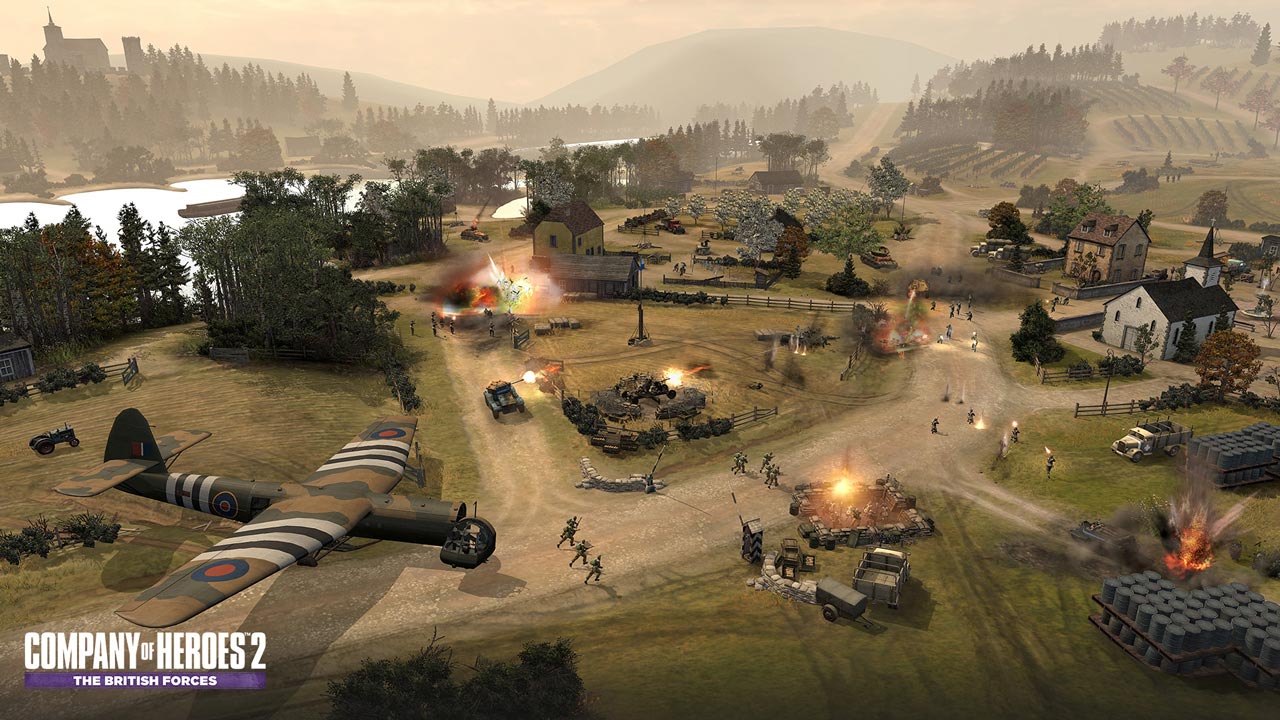 
DESCRIPTION:
"Company of Heroes 2: British Forces" is a new standalone network product released as part of the famous series of games about World War II. This product opens the door to the exciting world of Company of Heroes 2 for new players. Its customers who do not own other COH2 products gain access to all existing cards in this series both in multiplayer and in battles with AI.

Lead the motley, but invincible British army! The British, Scots, Welsh and Irish from all walks of life, from ordinary workers to hereditary Lords, will be at your command. United by Sir Winston Churchill, these people forgot about their differences and defended their homeland. Britain remained the only country in Western Europe to escape the Hitlerite yoke, and at the end of the war its army defeated the enemy along with the rest of the Allied forces.

Thanks to new types of infantry, heavy weapons, equipment, upgrades and commanders with unique abilities, as well as eight network cards that recreate the landscapes of historical battles, the game "British troops" offers a number of fundamentally new tactical opportunities. The unprecedented realism of battles rises to new heights thanks to a new animation based on the capture of movements, which also improves all previously issued armies. With the addition of the unique British Army, the Company of Heroes 2 series becomes the most comprehensive platform for real-time strategy buffs inspired by World War II.

KEY FEATURES:
• UNIQUE GAME STYLE. Evaluate the original technology tree to balance continuously between maneuverability and defense. In fact, you get two armies for the price of one! Stun opponents with an original choice of development path, leading to unpredictable results.
• UNUSUAL TROOPS AND ABILITIES. In the new army, 15 unique types of troops are waiting for you, including the Churchill-Crocodile flamethrower tank and the Royal Air Force landing glider. The abilities of the commanders of this army allow for multi-stage operations with the intensive use of aviation and artillery.
• BRITISH CHARACTER. Actors from England, Scotland, Ireland, Wales and New Zealand brilliantly conveyed the national and class diversity of the British army, and replicas of soldiers contain hints of the characteristic features of different parts of the country and the old conflicts between them.
• IMPROVED ANIMATION. Thanks to the new basic animation based on motion capture, battles began to look even more realistic. Improvements apply not only to the British, but also to all previously issued armies.
• NEW CARDS. To the standard Company of Heroes 2 cards, eight more stunning battlefields have been added, as well as thousands of user-created Steam workshop cards.
• NETWORK BATTLES. Feel the incredible fierceness of front-line strategic operations while fighting opponents from around the world.