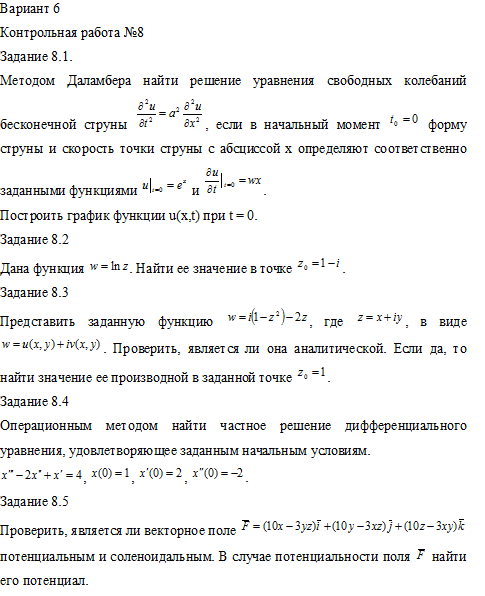 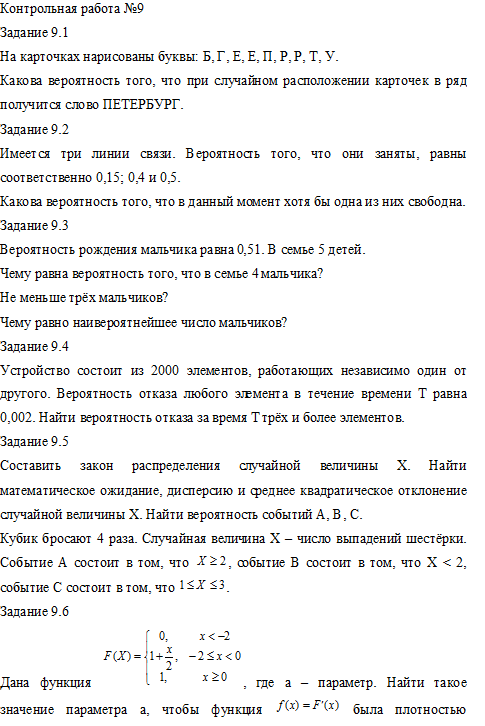 ОРИГИНАЛ information about the seller and his items
offlineAsk a question

Option 6
Examination №8
Target 8.1.
D'Alembert's method to find the solution of free vibrations of an infinite string, if initially the form of the string and the speed of the string with abscissa x is determined accordingly and given functions.
Construct a graph of the function u (x, t) at t = 0.
Task 8.2
Dana function. Find its significance at a point.
Task 8.3
Present given function, where, in the form. Check whether it is analytical. If so, find the value of its derivative at a given point.
Task 8.4
Operating method to find a particular solution of the differential equation satisfying the given initial conditions.
,,,.
Task 8.5
Check whether the vector field potential and solenoidal. In the case of a potential field to find his potential.

Related to item "Control №8 and 9 in higher mathematics, option 6":