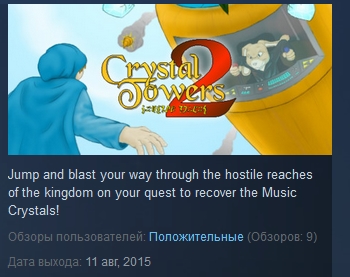 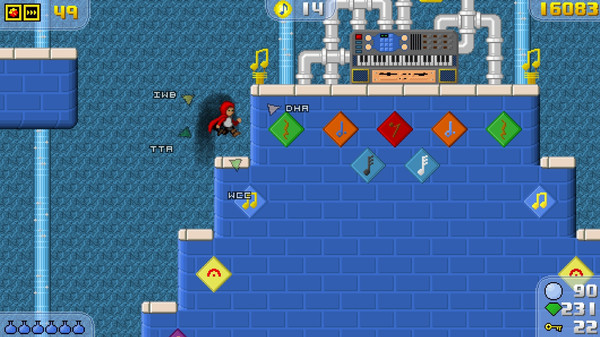 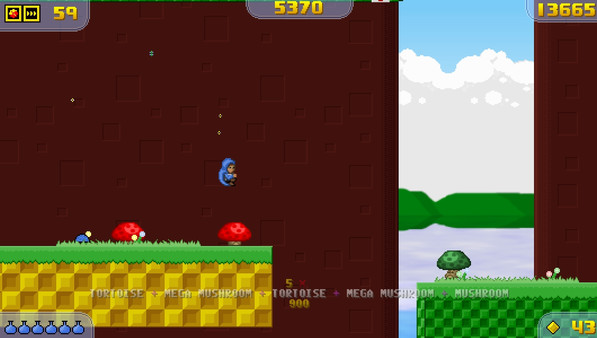 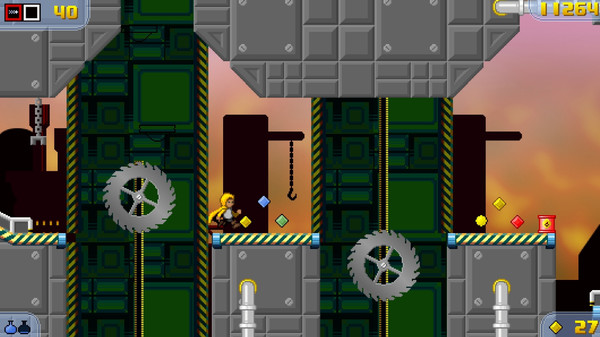 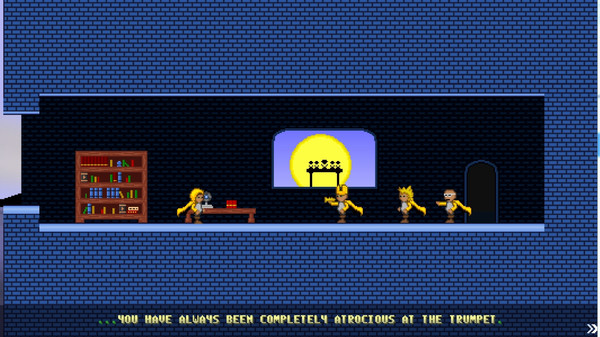 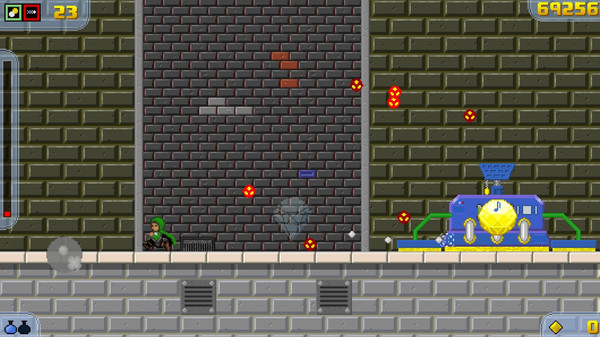 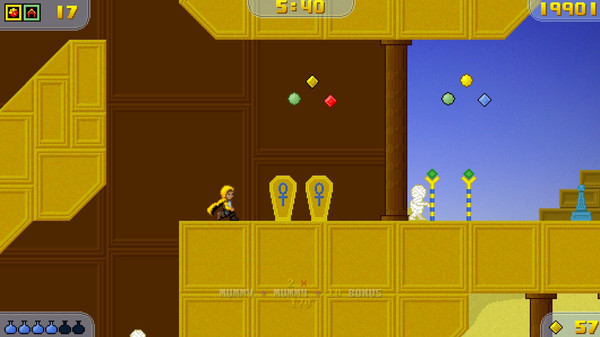 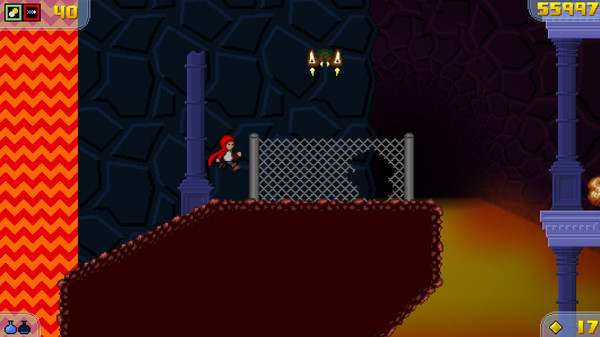 Crystal Towers 2 XL is an adventure platform game inspired by the shareware of the 90s. Join Bernard the monk as he makes his way through the hostile reaches of the kingdom on a quest to recover the sacred instruments that hold the world´s music together.

This XL edition is a partially remade version of the original game from 2011, adapting the game for widescreen as well as improving a host of things that were missing the first time around.

★ Nearly 300 individual challenges, enough to last more than your lifetime (if you´re a medium-sized insect)
★ Steam Achievements - some of which aren´t patronizing and useless!
★ Absolutely no water or ice levels!
★ The Synthesizer, which lets you create magic artefacts to help you on your quest with mere hours of grinding for items!
★ Use the Music Castle´s free wifi to post your scorecard online and laugh at your lesser friends!
★ The engine behind Five Nights at Freddy´s doing something that isn´t lastingly traumatic!
★ Programmer art galore!