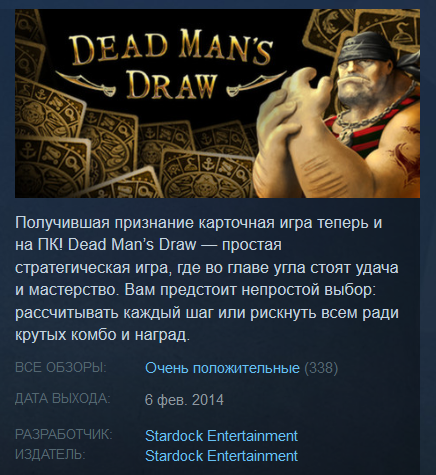 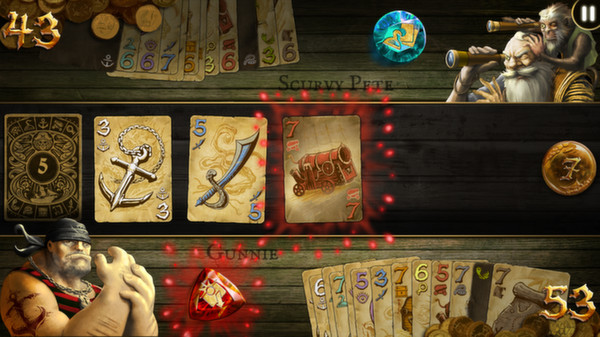 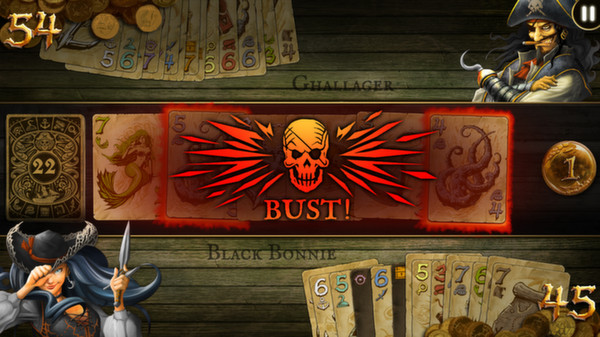 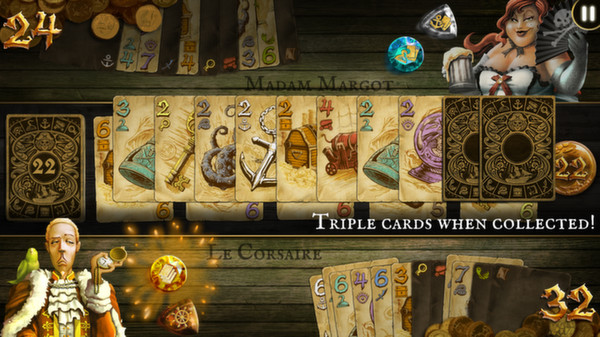 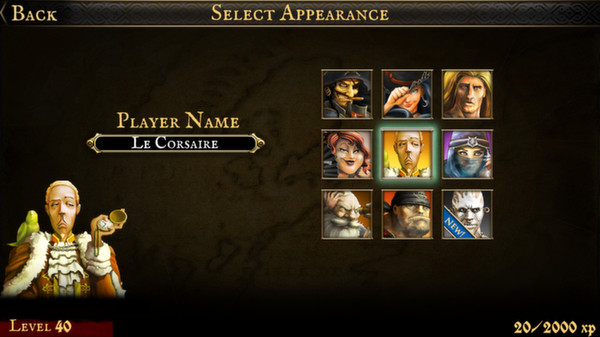 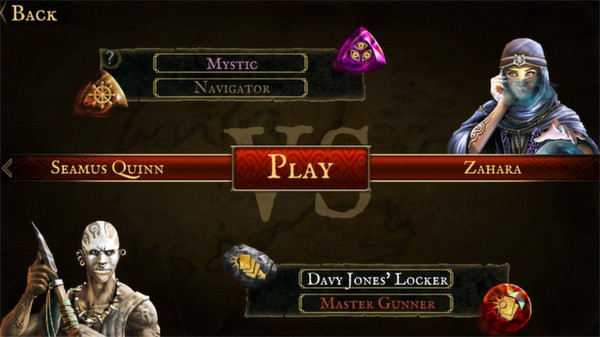 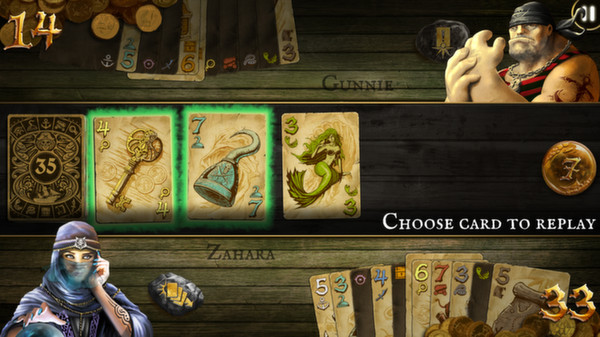 Uploaded: 03.03.2020
Content: text 17 symbols
Loyalty discount! If the total amount of your purchases from the seller Aleksad Gift more than:
If you want to know your discount rate, please provide your email:

The critically acclaimed card game is now available on PC! Dead Man’s Draw is a simple and strategic game of luck and skill that boils down strategy gameplay into a single, tense decision: to play it safe or risk everything in pursuit of killer combos and boundless treasure.

How it Works
Players take turns drawing cards in search of the greatest number of points. The simple point values of each card are important, but their special abilities are even more critical. Swords steal cards from your opponent, Mystics reveal the next card, and combining a Chest with a Key leads to a huge bounty of bonus treasure. Clever use of each card’s special power leads to victory, but daring to draw is just as important – though any card could lead to a dramatic bust, it could also propel you to glory.

Traits and tournaments make every game of Dead Man’s Draw unique. Making your Cannon special ability discard an opponent’s entire suit instead of a single card alters the path to victory for both players. Special tournament rules like collecting the cards from your opponent’s busts force you to approach every turn differently. Dozens of tournaments each bring a unique twist, and each of the 18 traits has a profound effect on gameplay.

Upgraded for PC
The original Dead Man’s Draw on iOS was praised by users on iTunes (4.5-star average) and critics alike, getting positive reviews from QuarterToThree.com, 148apps.com, PocketTactics.com, and more. This PC version is better than ever:

⭐No microtransactions or in-app purchases – all content is available, and traits can be used without spending gold
⭐New Mermaid suit ability – Mermaids now allow you to replay a card in the river, leading to even bigger combos and epic turns
⭐New Sirens trait – Steal any card your opponent replays with a Mermaid
⭐Rebuilt for PC – Higher-resolution graphics and a UI specifically built for mouse-driven play