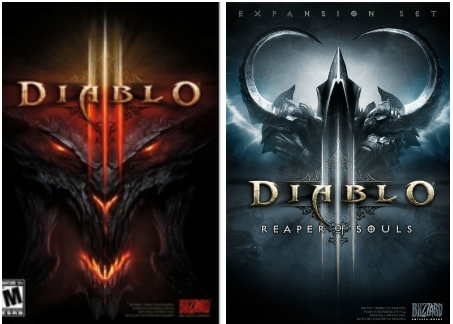 Gabeguru information about the seller and his items
onlineAsk a question

📌 Description:
DIABLO III:
The plot of Diablo has always been a classic theme: the struggle between the forces of good and evil in the world of mortals, weak people, who somehow managed to survive in the midst of chaos and suffering. In Diablo III, this story will be developed on a qualitatively new level, and players learn about the Sanctuary a lot of new things, as previously mentioned only with hints.

DIABLO III: REAPER OF SOULS:
In the plot of Reaper of Souls was the fallen angel Maltael, who equally hates people and demons and wants to destroy them all with the help of his legion of angels of death. Stop the villain will help the new hero - the Crusader.
In addition, much attention is paid to improving the key elements of Diablo games: even more randomly generated cards, new tasks and horrific monsters; Significant changes in production - new improved multi-level legendary items of different levels, new opportunities for creating items from the blacksmith and jeweler, and much more.

🦄 If everything went well, please leave a positive feedback, and we will in turn send you a bonus coupon for the next purchase :)
If you have any questions, we will be happy to help.

Honor Points (HONOR) for your character. Around the clock