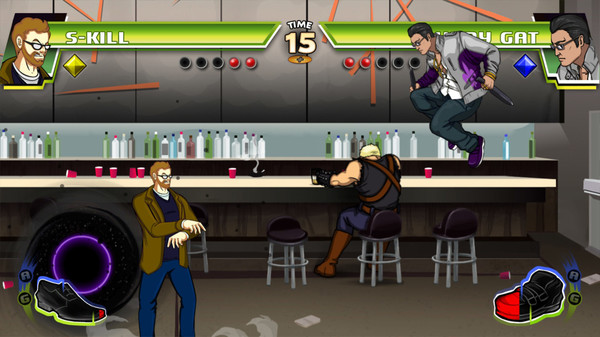 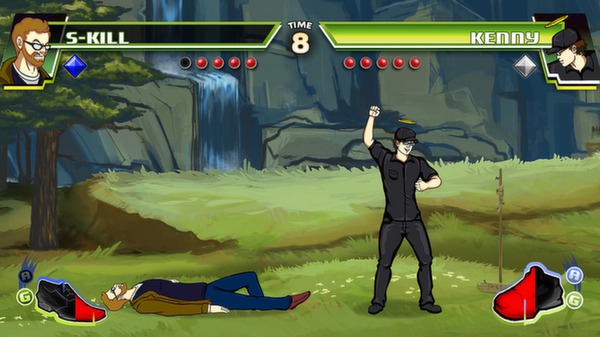 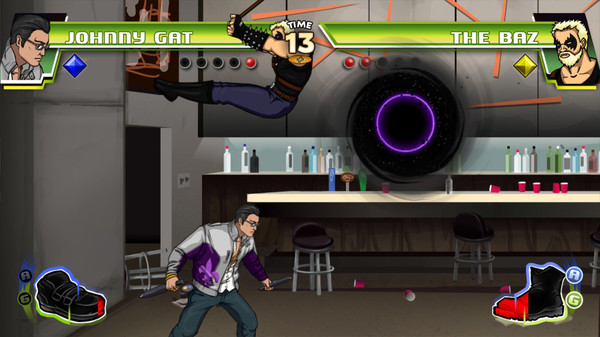 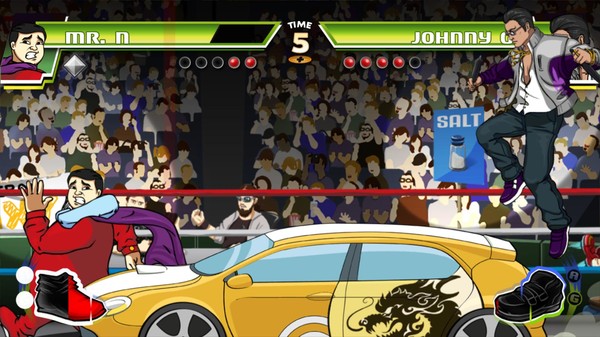 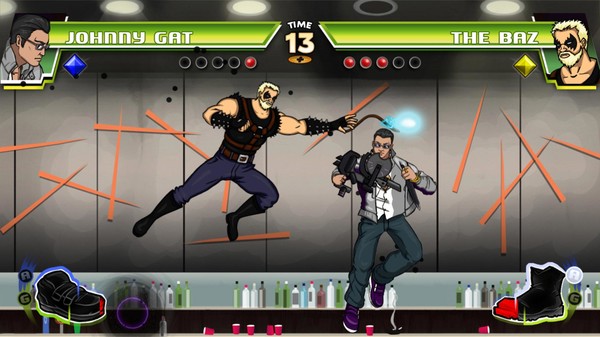 Loyalty discount! If the total amount of your purchases from the seller Games for Gamers more than:
If you want to know your discount rate, please provide your email:

After payment you will instantly get a key to activate game in the Steam and the inclusion of all network functions of the game.

Key has no regional restrictions.

Divekick is the world’s first two-button fighting game. It distills the essence of the fighting game genre into just two buttons with no d-pad directional movement. Divekick’s focused gameplay demonstrates how much depth a single move actually has, and introduces (or reinforces) skills fundamental to the genre: mind games, spacing, timing, and quick reactions.

At Iron Galaxy we love fighting games. To the average fan, most of what makes them fun is hidden behind a never-ending series of input combinations that they have to memorize. That’s why Divekick has just two buttons: Dive (into the air) makes your character jump straight up. Kick causes your character to fly foot first at a downward angle. If you press Kick on the ground, you can jump away from your opponent. Utilizing these moves, the first hit will win the round, and the player that wins five rounds first wins the game. It’s pure adrenaline, awareness, and outsmarting your enemy. It’s a fighting game deconstructed into its purest form.

14+ Completely unique and original characters, each with their own fighting style and special techniques.
Includes two extra playable characters: Fencer from Nidhogg and Johnny Gat from Saints Row!
A story for every character in the game, including an intro, ending, and rival battles. You will be moved to tears!
Ranked and non-ranked GGPO-powered online multiplayer, the most trusted netcode in fighting games. Includes ranking boards for each character, as well as overall.
Single player plus Local VS multiplayer for two players, with quick and easy button reconfiguration to accommodate a room full of unique personalities.
Full Steamworks integration, including Big Picture Mode.

All our products are obtained by honest! We monitor our reputation and provide a guarantee that remove from an account of the game / block and other troubles related to our products WILL NOT BE!
Have a good game:)

3. Go to the "My Games" and select "Activate via Steam ...", read and accept the Subscriber Agreement Steam and enter the key received immediately after the payment.