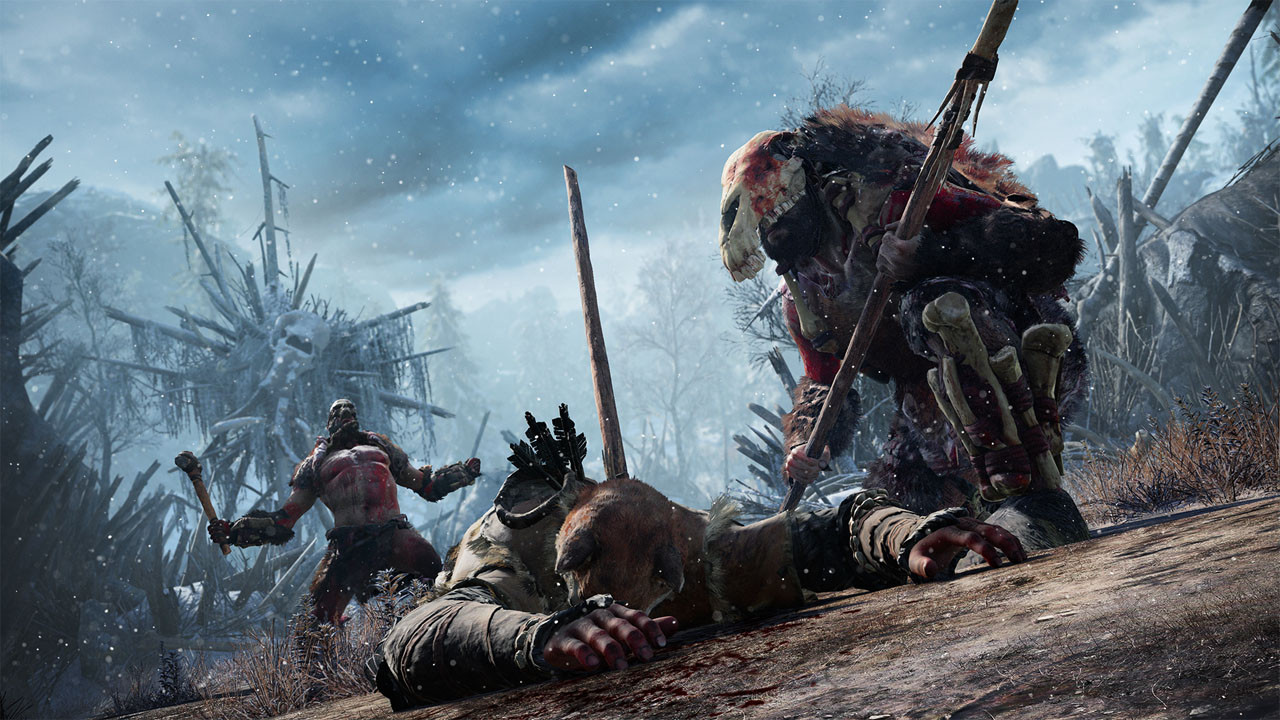 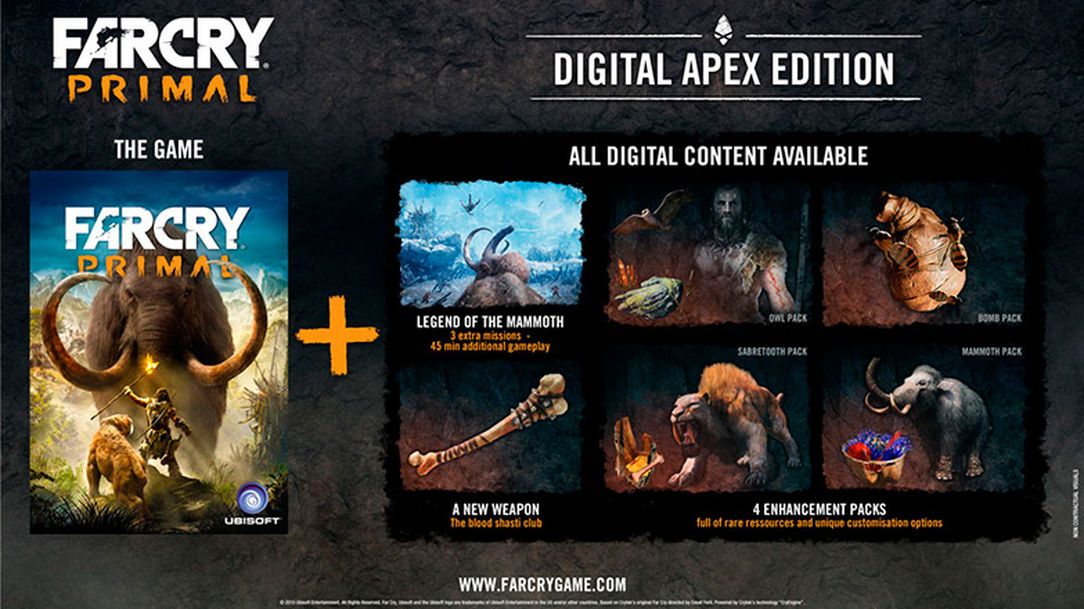 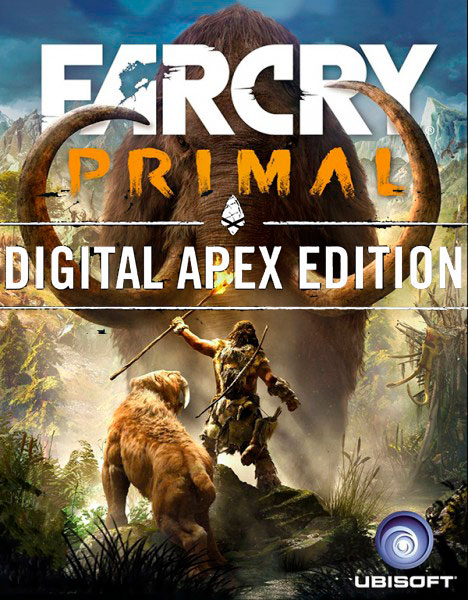 After completing the purchase of Far Cry Primal APEX EDITION, you receive a license activation key instantly upon payment in the personal account http://www.oplata.info

►Composition of the publication: ◄
• The game Far Cry Primal
• Legend of the Mammoth: 3 additional tasks (about 45 minutes of the game).
• New weapons - Blood of Shasti: A club of dice, dented with teeth and drenched in blood of enemies. Once it belonged to Ulla, the evil leader of the blow. A dump can not be broken or burned.
• 4 sets providing early access to rare resources and opportunities for individualization:
- SET "SABLET-TONG TIGER": early access to animal skins for making objects. In Urus, there will be special saber-toothed tigers - the embodiment of fiery rage.
- SET "SOVA": early access to resources for the manufacture of objects. Put on your hands the special signs of the Vinja tribe. Feathers of the color of a thundercloud will give your owl a unique look.
- SET "MAMMONT": early access to the prescription potion that increases endurance. In Urus there will be mysterious ash mammoths.
- BOMB SET: two additional bombs will help you survive in this harsh world.

►Description of the game: ◄
The Far Cry series, which gave you insane adventures in the tropics and the Himalayas, this time will take you to where the struggle for survival will become tense as never before. Among the picturesque expanses of the open world, populated by an amazing fauna, anything can happen to you. Be prepared for the unexpected!

You will find yourself in the Stone Age, and hence - in mortal danger. The land is completely owned by mammoths and saber-toothed tigers, and the person is somewhere in the beginning of the food chain. You are the last survivor of a group of hunters. You have to make a deadly weapon, protect yourself from wild beasts, fight against hostile tribes for the territory and prove that you are not prey, but a predator.

►Features: ◄
• HUNTER or PRODUCTION?
Your character´s name is Takkar. In his life there is only one goal - to survive in a world where man is considered an easy prey.
- Hone your skills and lead your tribe to prosperity.
- Use the help of extraordinary characters that will help overcome the dangers of wildlife.
- Fight against the warlike tribes, ready for anything, to erase you and your friends from the face of the earth.
- Kill the wild beasts and defeat the enemies to prove that you are the most dangerous predator in Urus.

• THE HOST OF THE ANIMALS
You are the first person on Earth who will try to tame the most dangerous creatures.
- Tame animals that will meet you on the way, so that they help you when necessary. To begin with, try to tame the owl: it can examine the terrain from a height.
- Each animal has unique abilities: the wolf will always warn the owner of the danger, the saber-toothed tiger will help to get more resources, the jaguar will imperceptibly attack your enemy, and the bear will crush any barrier.
- Moving on the back of the animal - much faster than walking.

• STONE AGE IN FAR CRY
It´s not just a stone age. This is the stone age in the world of Far Cry - the era of real madness and unbridled power.
- Find enemy outposts and go into the attack, using weapons made from the bones of the animals you killed.
- Learn to use fire to get a tactical advantage in battles with hostile tribes.
- Pursue your prey to deal a death blow. But be careful - the smell of blood