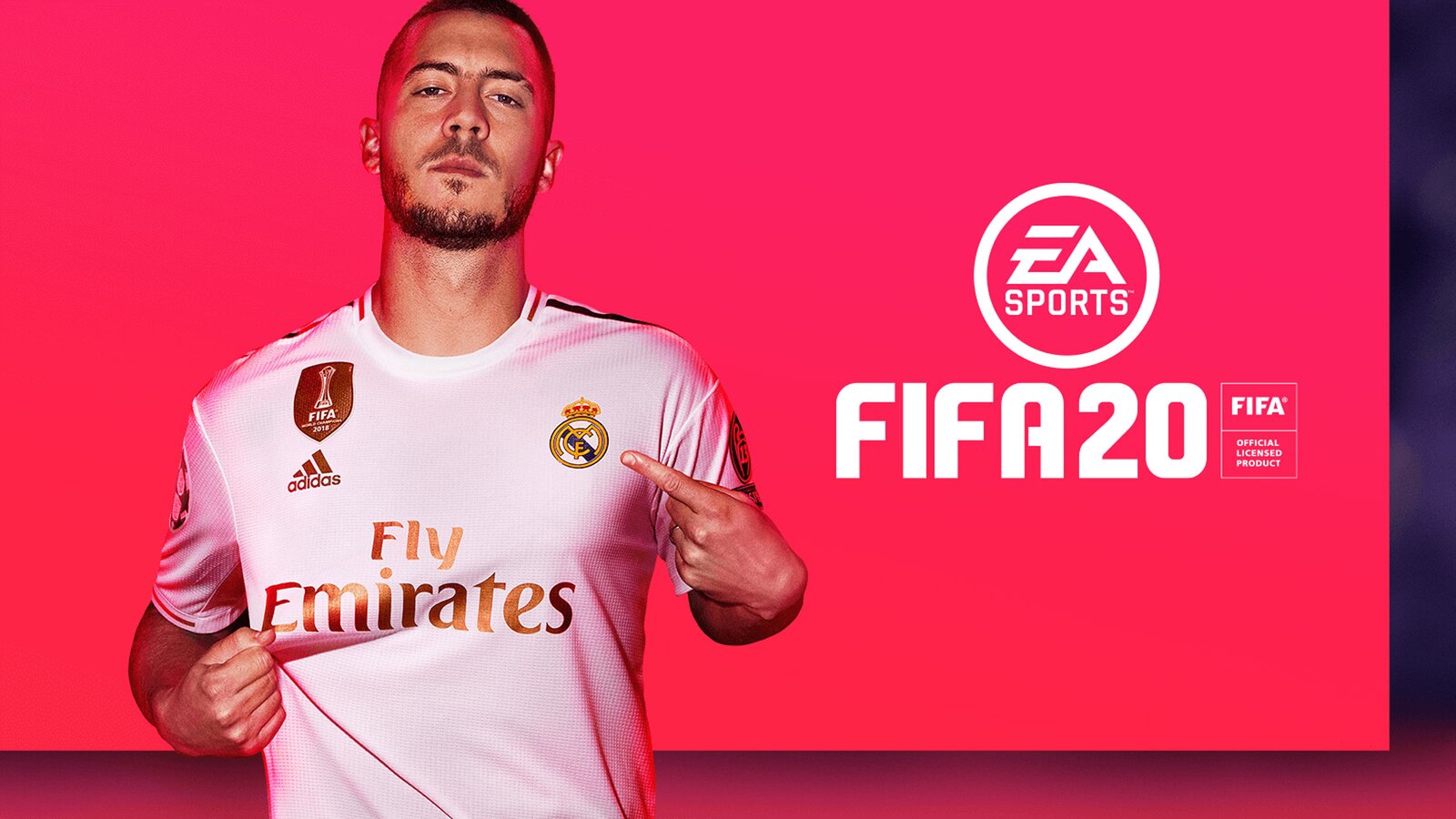 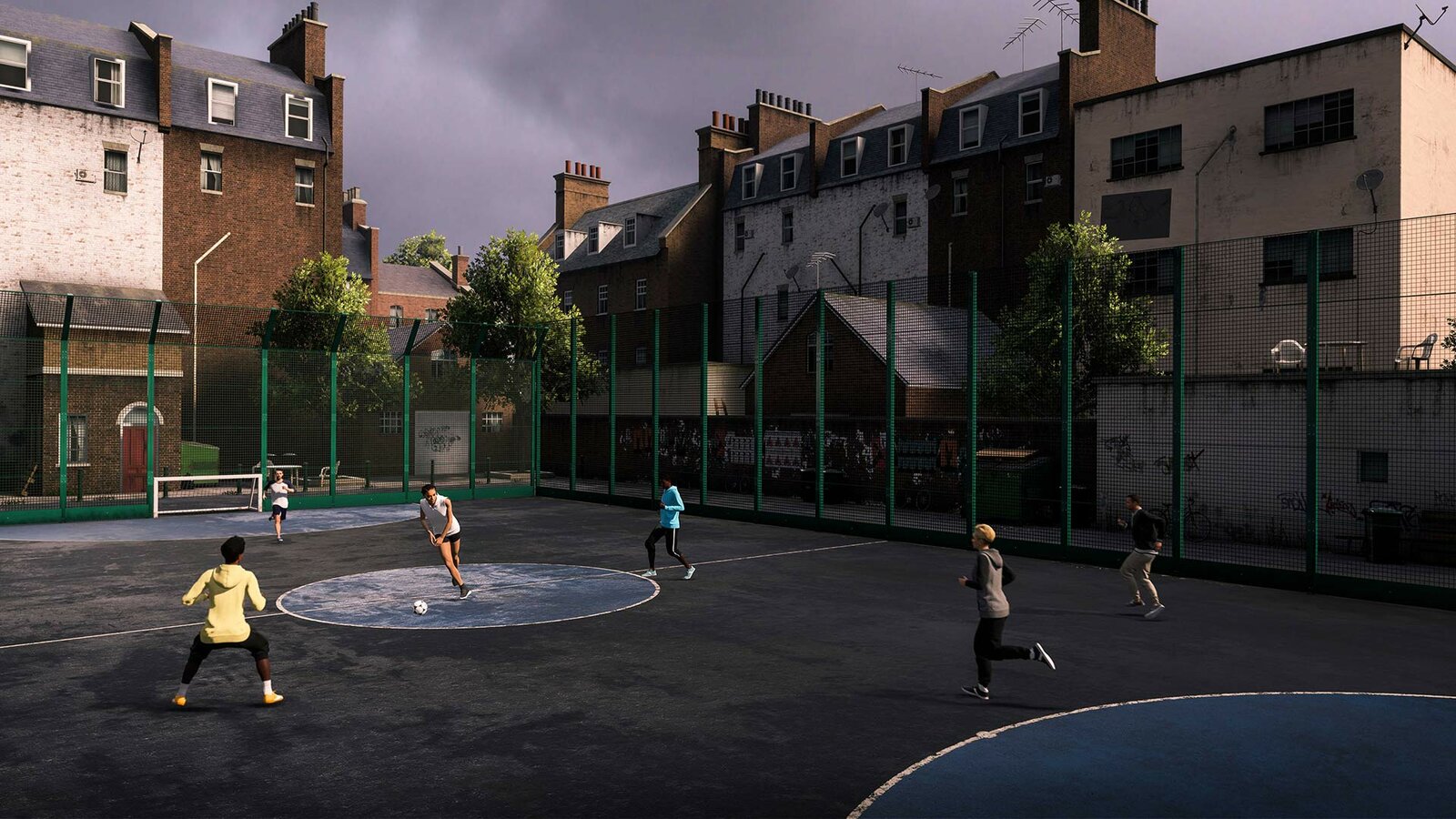 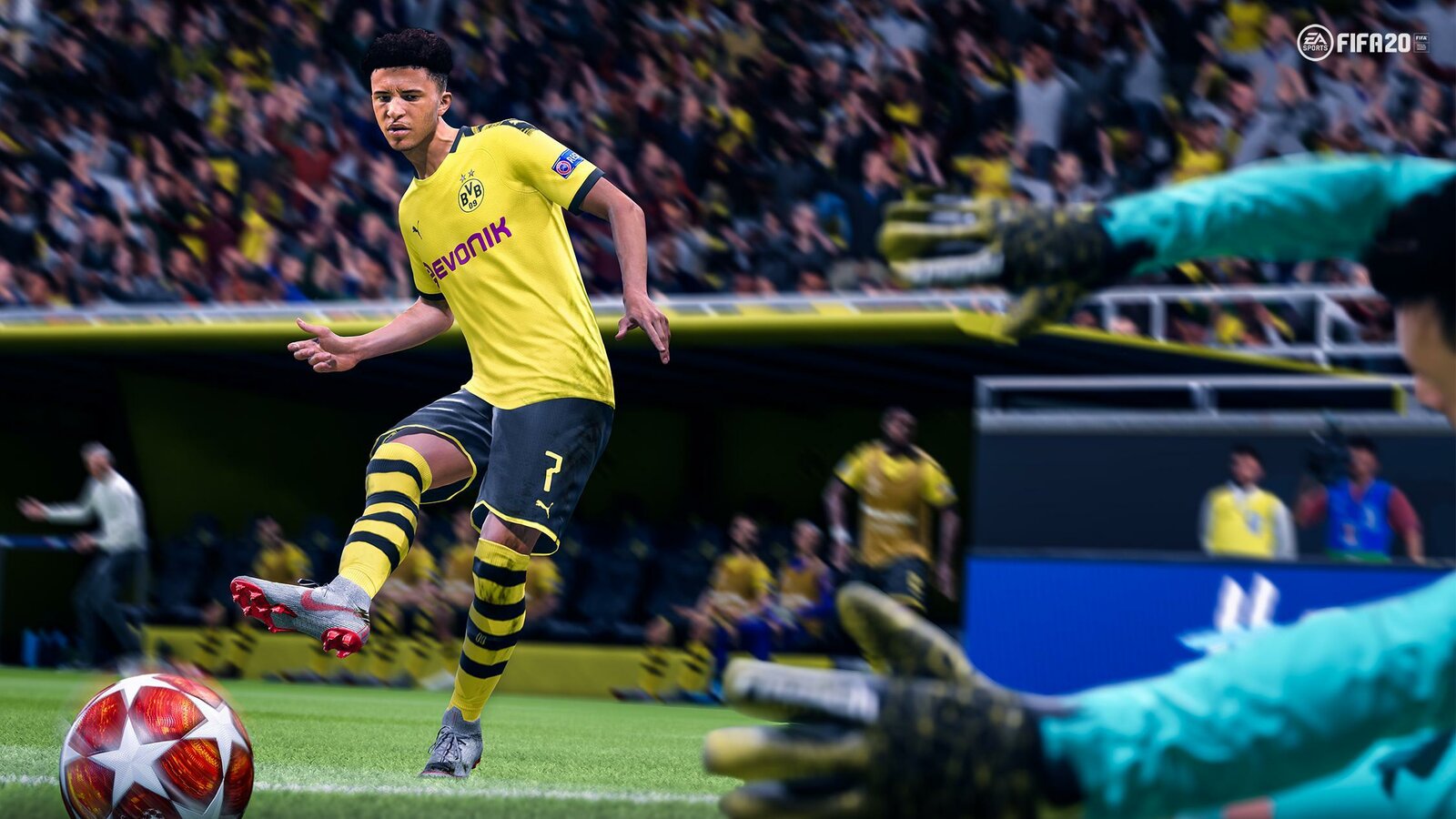 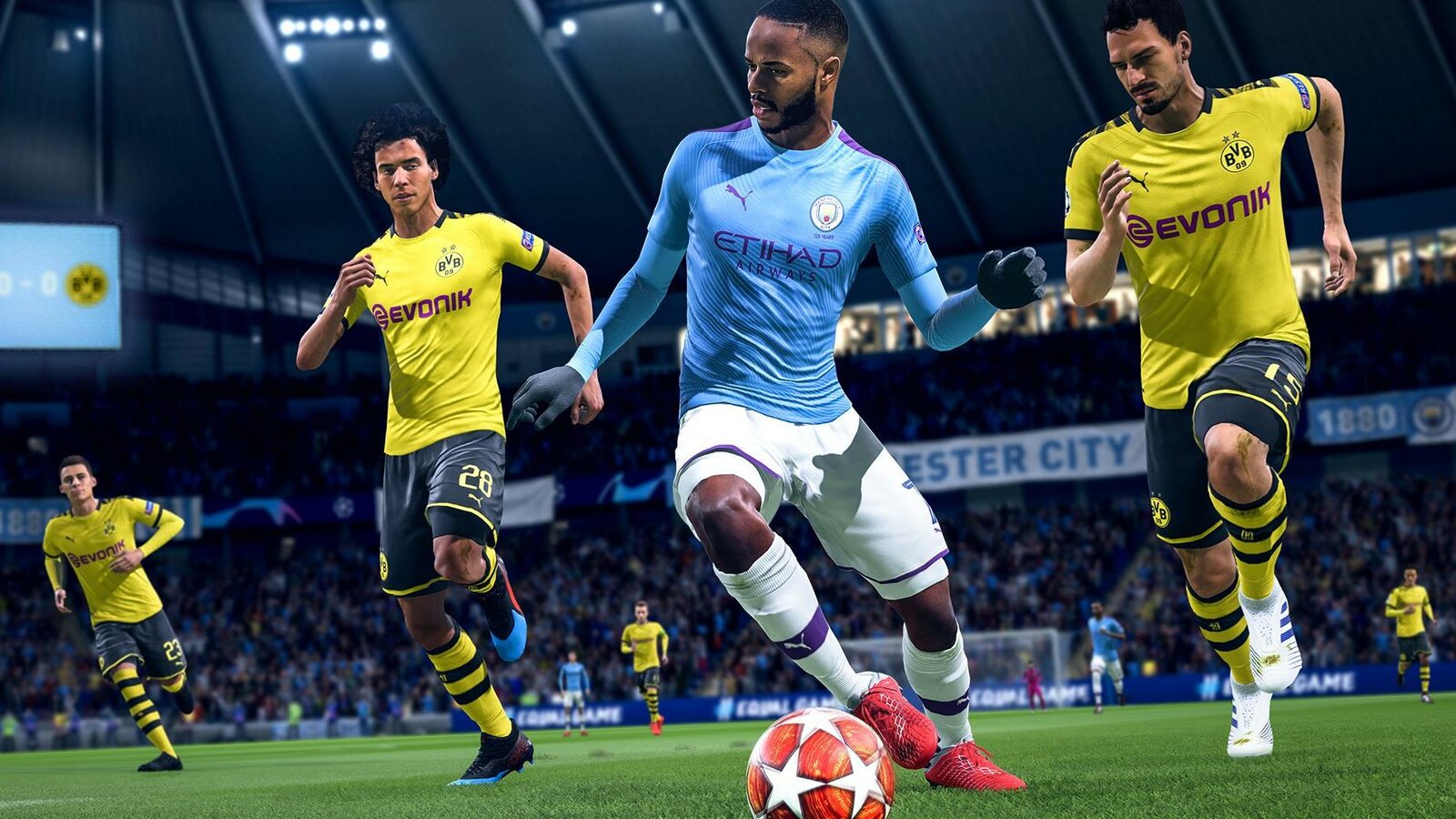 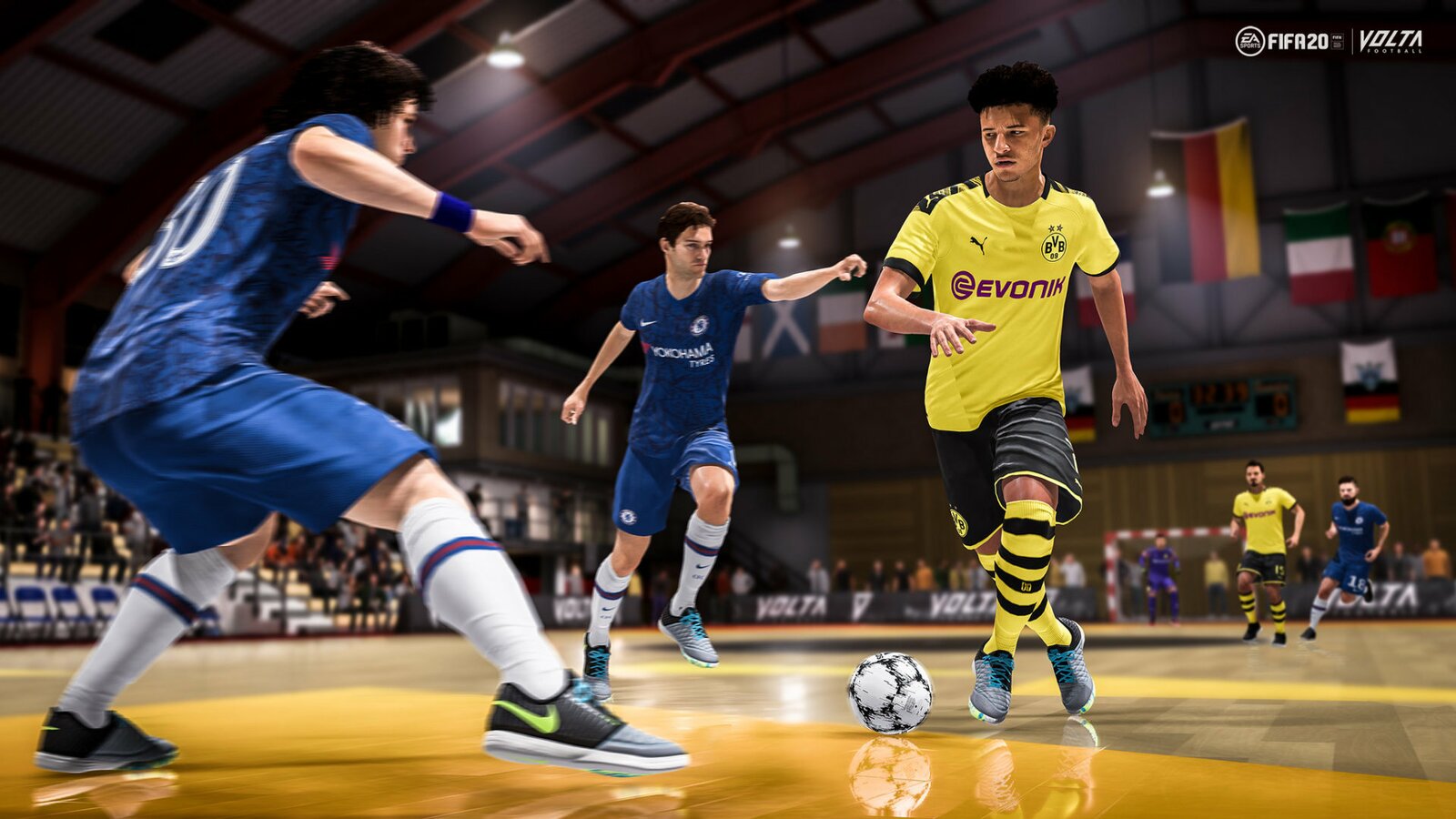 FOOTBALL VOLTA
Return football to the streets and play on a variety of venues - from court to cage - in VOLTA FOOTBALL mode.

Match types
Play in your style in matches 3 on 3, 4 on 4, 5 on 5 and according to the official mini-soccer rules on venues of various sizes.

Player and clothes
Now you can completely change the look of your player. Take the test, open accessories and wardrobe items and show the world your unique style.

Venues in different parts of the world
From the lanes of Paris to the neon-lit streets of Miami, play on 17 new venues on five continents.

VOLTA FOOTBALL gameplay
Feel the energy of the game in small compositions with feints, bright animations of movements - and not only.

Decisive moments
Control the course of the game - with such new mechanics as “Collected completion” in the attack and “Controlled selections” in defense, any episode can be decisive.

Realistic gameplay
Each player under the control of artificial intelligence has the knowledge and technique of the best football players in the world, so you will have intense and interesting matches with an unrivaled level of user control of the game.

New ball physics
Updated ball physics takes the gameplay to a new level due to new ball flight paths, more realistic touches and a greater influence of the physical model on the ball’s behavior on the field.

IDOLS FUT
The past and present merge when you include FUT IDOLS like Zinedine Zidane, Didier Drogba or Andrea Pirlo in your Ultimate Team.

New job system
Perform short-term tasks to accelerate progress. Go back to the basics, get extra experience or go through the stages playing in the season of the FUT club.

Friendlies FUT
Check out the new interactions when playing in FUT friendly matches. Play with friends and other members of the FUT community in various types of matches, including King of the Hill.

The FIFA 20 license key is activated in Origin as follows:

3. Select the interface language and the place where the game will be installed.

4. Go to the "Origin-Configuration and Management" section.

7. After activating the game, a bookmark appears with your profile and a list of activated games.