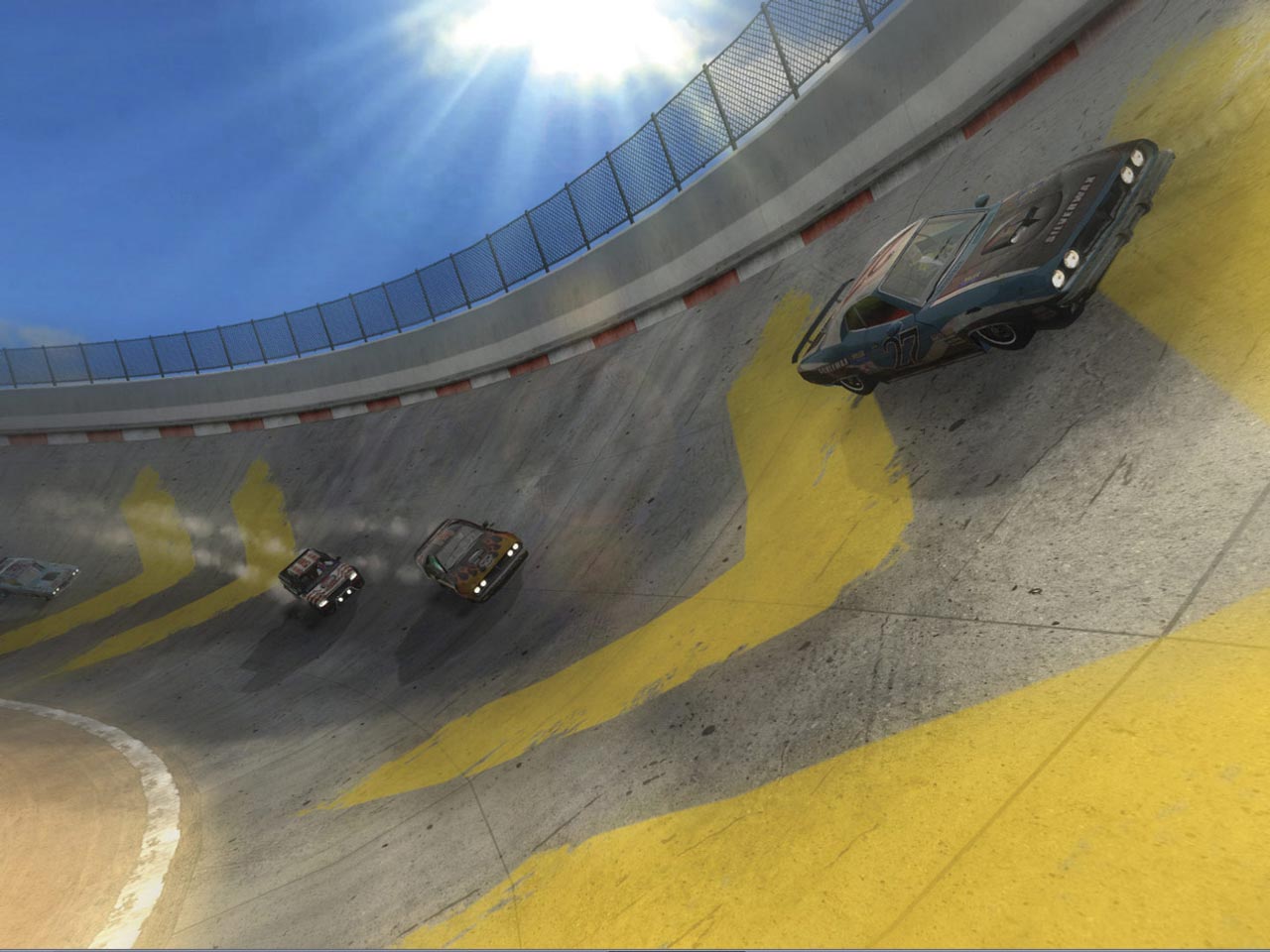 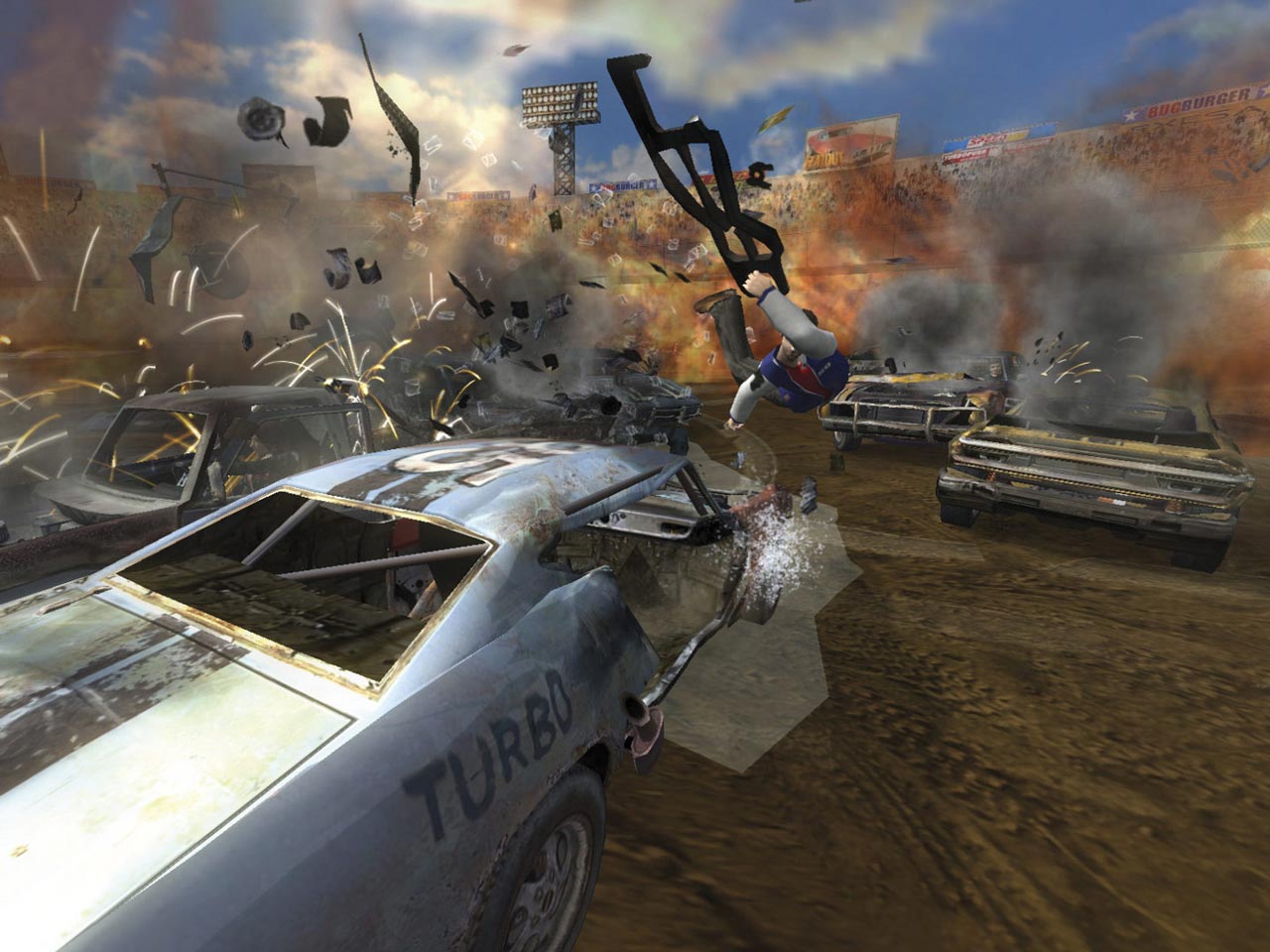 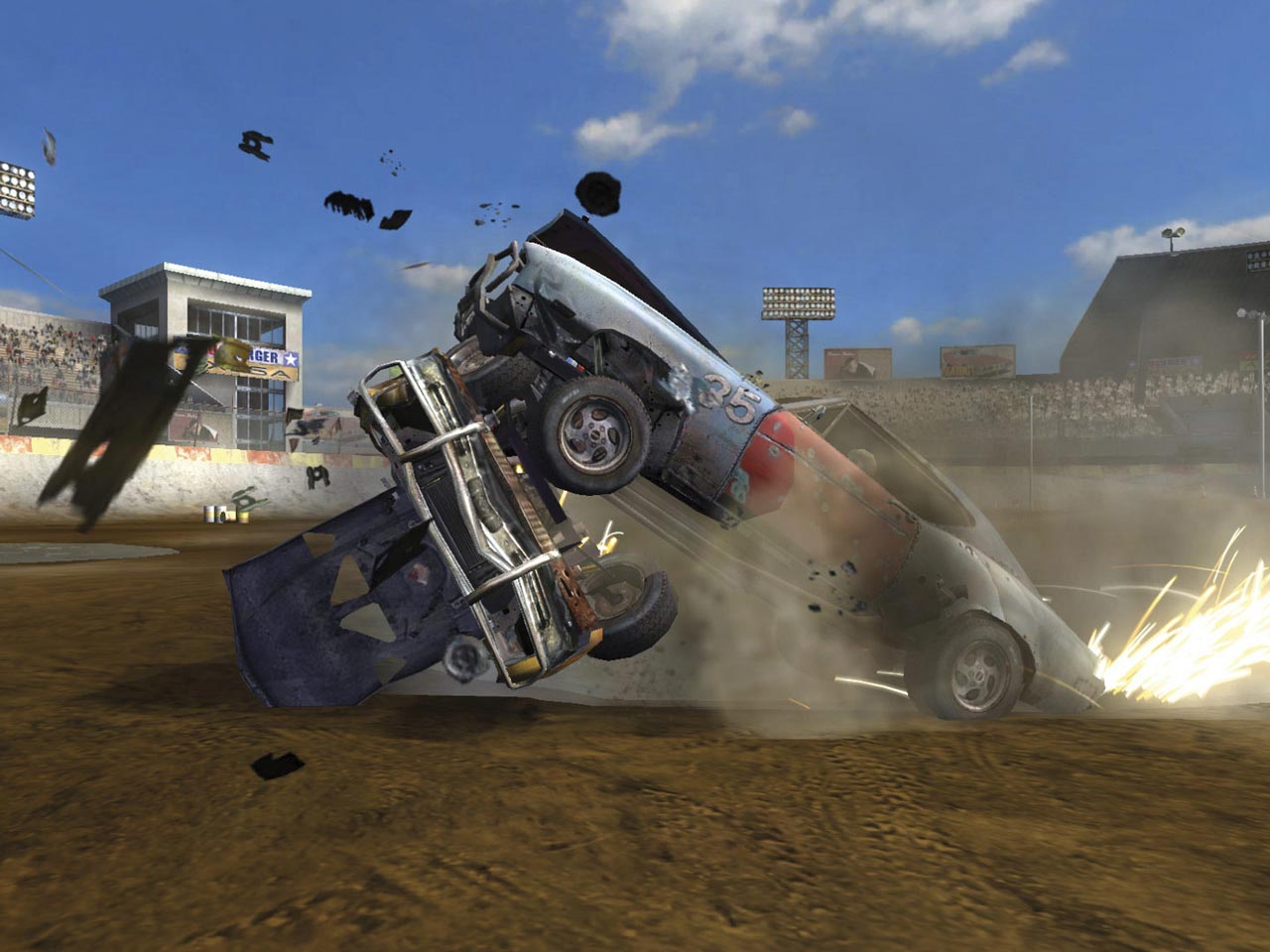 
DESCRIPTION:
Taking all the best elements from the first part of the game and improving them, the developers turned FlatOut 2 into the most destructive auto racing in the world. Racing tracks are crammed with thousands of interactive zones, dynamic objects, as well as risky but effective alternative routes. This game encourages aggressive driving! It will be necessary to show aggression against seven computer opponents, each of which has its own role parameters and driving style. Not all participants in the race will reach the finish line - some will be taken off the track in a hearse. Damage to objects on the track and cars is displayed with an unprecedented level of realism due to the most spectacular physical model in the world. The previous versions of survival battles and mini-games with a flying body of the driver seemed to the developers not crazy enough. Torture your driver, not respecting seat belts, in the new version of the derby or in twelve ragdoll mini-games! After completing FlatOut 2 in single-player mode, improve your skills by competing through the Internet with the best players from around the world.

KEY FEATURES:
• An insane amount of destructible objects on the tracks. Only in this game do disasters bring you money!
• The Grand Prix. Prove your superiority in the championship by competing with 7 computer rivals.
• Additional game modes. In addition to improved game modes from the first part of the game, several new types of competitions continued, adding dozens of hours of gameplay.
• Huge fleet. Four classes of cars plus special racing cars. Keep your favorite cars in the garage, choosing only the best items for races!
• Fresh landscape themes - deserts, city streets, racing stadiums (including NASCAR tracks), channel beds, forests and fields.
• Twice as many opportunities to mock a flying driver - 12 different disciplines with support for playing via the Internet, including high jumps, darts, baseball, basketball, football, curling, etc.
• Multiplayer mode for up to 8 players on a local network and over the Internet.

World of Tanks Gold to choose from - 15% of the price