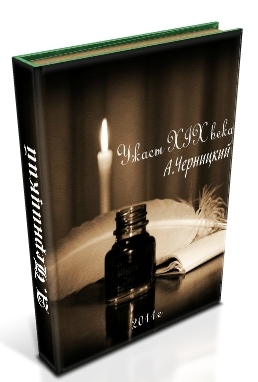 А.Черницкий information about the seller and his items
offlineAsk a question

Are you adventurous? Then this book is written for you! XIX century can truly be called mystical. He is known not only numerals discoveries in science and discoveries in the field of mysticism. The book is laid out all the information about people's lives in a spooky XIX century. The horror that pursued and will pursue people - gained momentum in those years. Not just the directors of paintings that show the life of the XIX century, makes the special atmosphere of the situation and behavior of the people of those times.
This book contains three chapters, from which chills of fear, even people with nerves of steel. So I suggest you to plunge into the past, in an age of mystery and horror. Feel for a moment all the horror, for which the inhabitants of those times was a part of life.