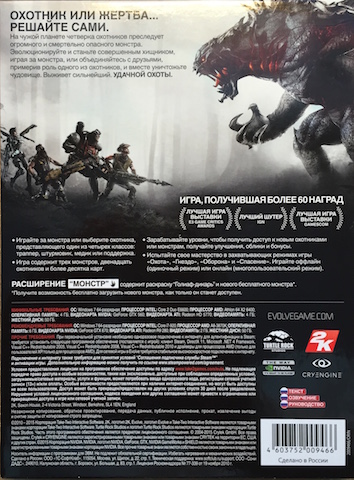 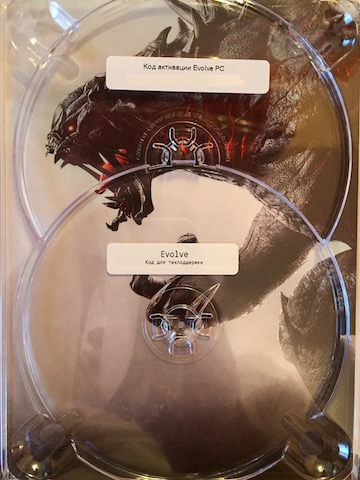 Molotok.NEW information about the seller and his items
offlineAsk a question

♒ NOTE: Immediately, after your payment, you will receive a license activation key of the game!
* The key you will receive in your account http: //www.oplata.info.At the same time, link to the page with the key will come to your e-mail specified at purchase
After the order, the system automatically (without us) immediately send you to mail the license activation key games

✅ GIFT: DLC "MONSTER"
Each buyer, who left positive feedback, will receive addition "MONSTER".
* Addition key will be sent within 24 hours on your mail, you specified at purchase.

In a world where nature - man´s worst enemy, you become a hunter or a victim?


A new game from the creators of Left 4 Dead - multiplayer shooter of a new generation, where four hunters to fight with only one, but very ferocious monster, the player-controlled opponent.


Stalk victim and straightened her mercilessly. Prove that the most dangerous predator - it is you!

- Rely on friends, four of us going into battle with the monster, or alone hunt down people in the guise of continually gaining strength of the mighty beast. Whichever side you choose, you will always have a dangerous weapon and special skills to ensure a fun and delicately balanced gameplay.

- Choose a hunter like. Whether you prefer to indulge in traps or openly rush into battle, to support comrades in battle, or to heal their wounds - for you necessarily will be the case, because teamwork - the key to success and survival in a fight with the monster.

- Becoming a monster hunters obrushte all the power and fury of a ferocious beast. Use of deadly skills, animal instincts and intuition to wreak havoc and kill. Prove that it is you - the dominant species.

- On a hostile planet beware both flora and fauna. Remember that you can fall victim to a natural disaster, but also able to turn it to their advantage.

- Earn levels to gain access to new improvements, appearance and abilities favorite hero - hunter or a monster. Go up to the top of the rankings and become the most dangerous predator!