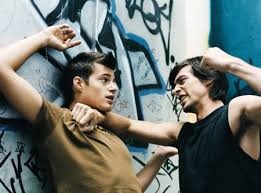 colleague information about the seller and his items
offlineAsk a question

Electronic test. 2018. - 40 p. This file includes: a test in Microsoft Excel format, a table of full calculation of test results on scales with the transfer of raw scores to the walls. Questionnaire form, keys and general interpretation of the test (manual version).

Center for Psychiatric Care and Professional Psychophysiological Selection. Authors of the program: Golev SV, Adjunct Professor of Psychology, Goleva OS, Master of Psychology.
The material was developed within the framework of the program "Psychodiagnostics in Excel".

Annotation.
I-Structural Test of Ammon (German, Ich-Struktur-Test nach Ammon, abbreviated ISTA) is a clinical test technique developed by G.Ammon in 1997 on the basis of the concept of dynamic psychiatry (1976) and adapted by NIPNI him. Bekhtereva Yu.A. Tupitsin and his co-workers. Also, based on the test, the "Mental Health Assessment Methodology" was subsequently developed.

The test consists of 220 statements + 10 questions of the scale of lies., With each of which the subject must express his consent or disagreement. The statements are grouped into 18 scales, the questions between the scales do not overlap.
Scales, in turn, are grouped according to six basic I-functions, for the diagnosis of which they are directed. This is Aggression, Anxiety / fear, External delineation of the Self, Internal delimitation of I, Narcissism and Sexuality. Each of these functions, according to Ammon, can be constructive, destructive and deficit - as measured by the appropriate scales (for example, constructive aggression, destructive Sexuality, deficit Narcissism).

The test includes and describes the following scales: