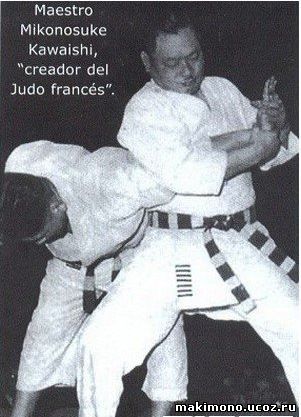 This is one of the very first books published in England, for self-defense - and one of the most useful and informative for all time. As is known, Shihan Kawaii (the author of the book) was a personal student of Dzigaro Kano, but broke with him in the interpretation of the very concept of "judo." His system of self-defense and his personal interpretation of the concept of "softness" are perfectly described in this book, which later became "alpha" and "omega" in writing her similar works. Despite the fact that karate in those days was almost completely unknown in Europe, Kawaii quite successfully combined the painful and traumatic dangerous judo techniques with simple and understandable karate techniques based on rectilinear movements. It is noteworthy that at a time when throwing technique prevailed in traditional judo, in the judo Kawaiisi there are almost no shots - but a huge number of traumatic blows and painful techniques allowing to effectively defeat a stronger opponent.