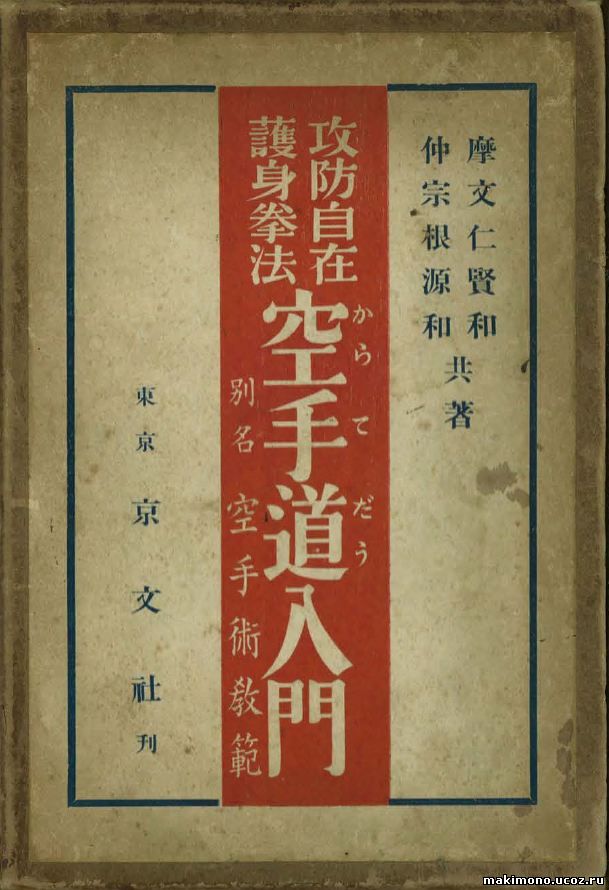 Book one of the brightest and most famous masters of modern karate, Mabuni Kenva called "Kobo Kenpo Karate" ( "Fundamentals of Kempo Karate") was published in Japan in 1938. For its time, it was a breakthrough in the study of karate and contained quite a full volume of necessary knowledge to master these arts.

The book, though written in Japanese, but it is clear enough - figures made well enough, the main style technique, later called Shito-Ryu, demonstrated quite clearly and understandably. In addition to the basic technology there is a pair of such exercise and self-defense. Mabuni was one of the most prominent experts in kata - and this book is also not without its formal complexes, albeit in a simplified form.