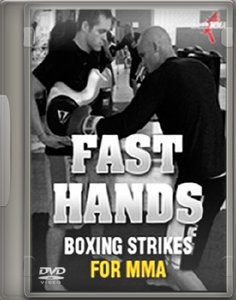 As is known, the technique of mixed martial arts is based on three pillars: boxing, wrestling, kicking. Despite the fact that the world has a lot of shock martial arts, where the bulk of the techniques make punches, it was boxing with its optimally-designed techniques and tactics can be rightly regarded as the leading technique in MMA styles (not counting the fight, of course).

In this film you will see how the classic boxing punches can be used in fights in mixed rules. Sufficiently detailed description of the techniques and their combinations, as well as analysis of individual methods of use strikes and ligaments at the gym make this a very useful video tutorial for bokserov- "classics", and for fighters looking to find optimal solutions in preparation for mixed fights.
Переводчик Google для бизнеса –Инструменты переводчикаПереводчик сайтовСлужба "Анализ рынков"