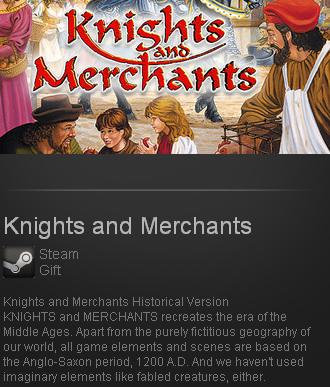 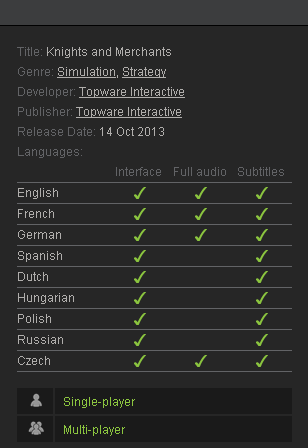 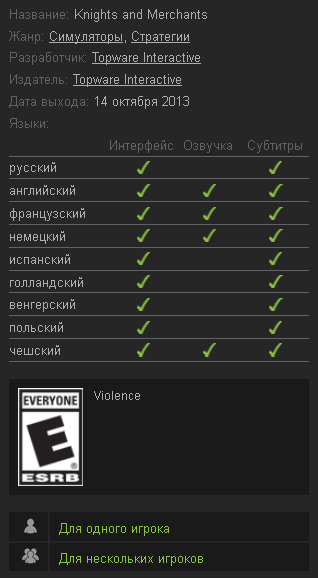 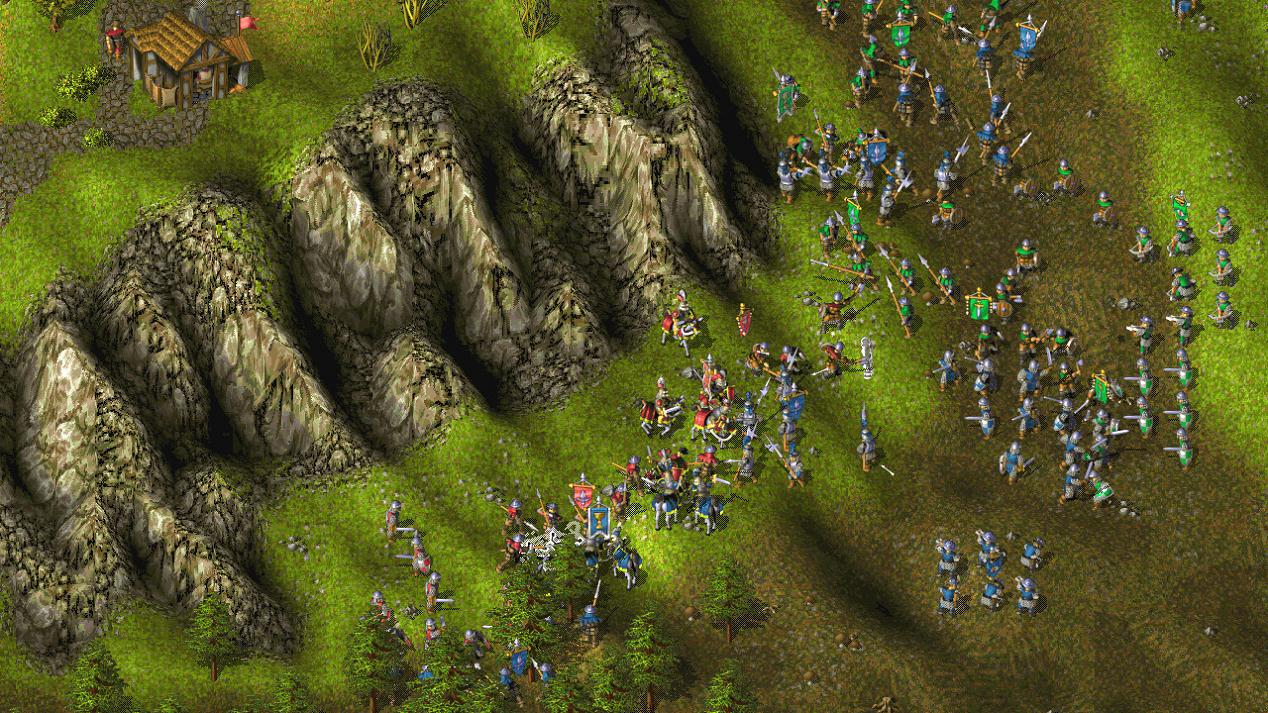 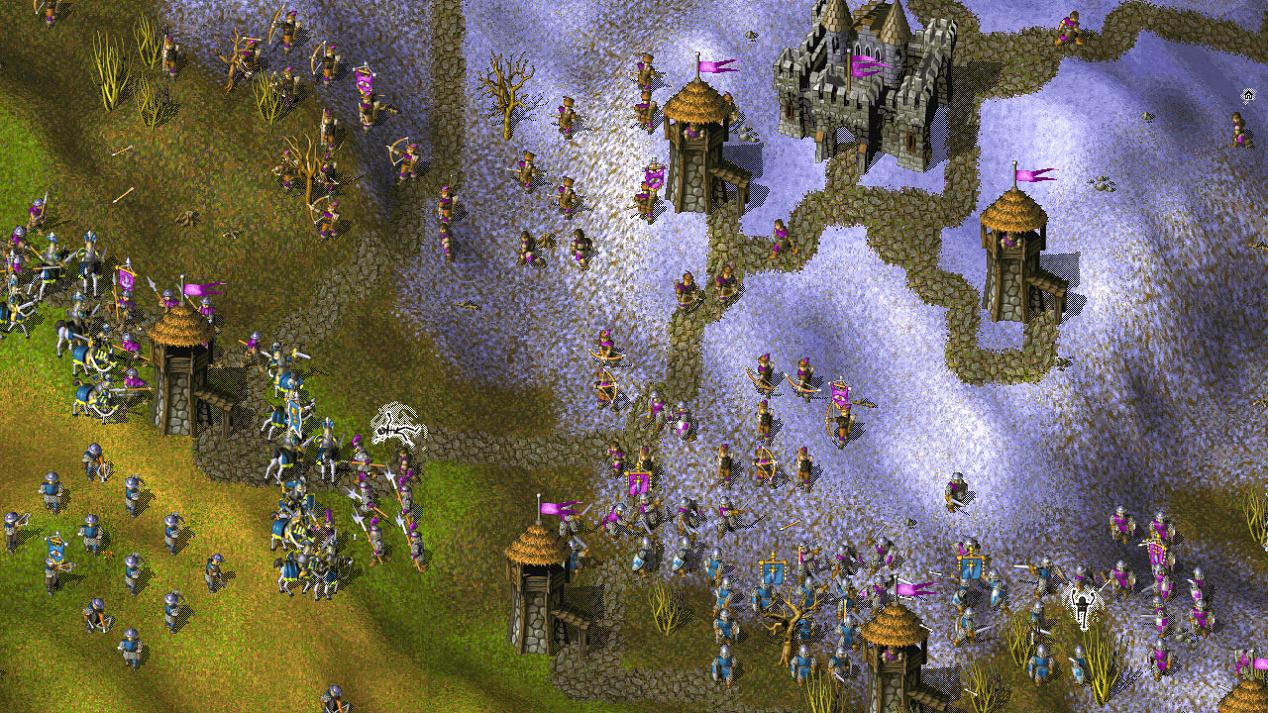 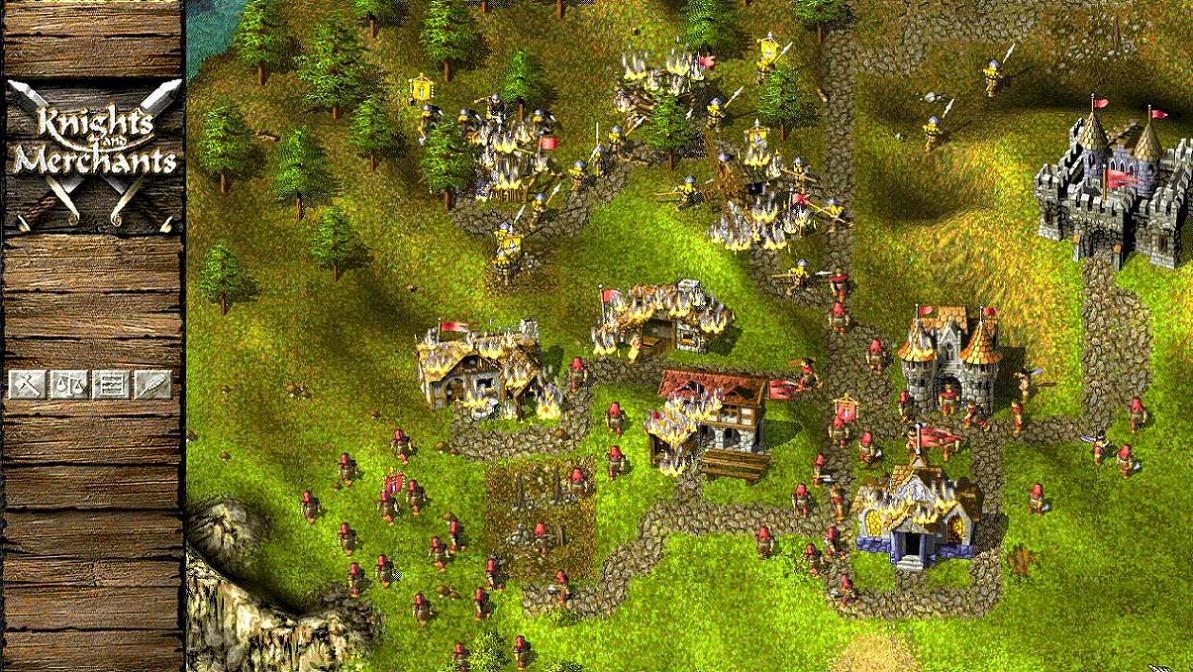 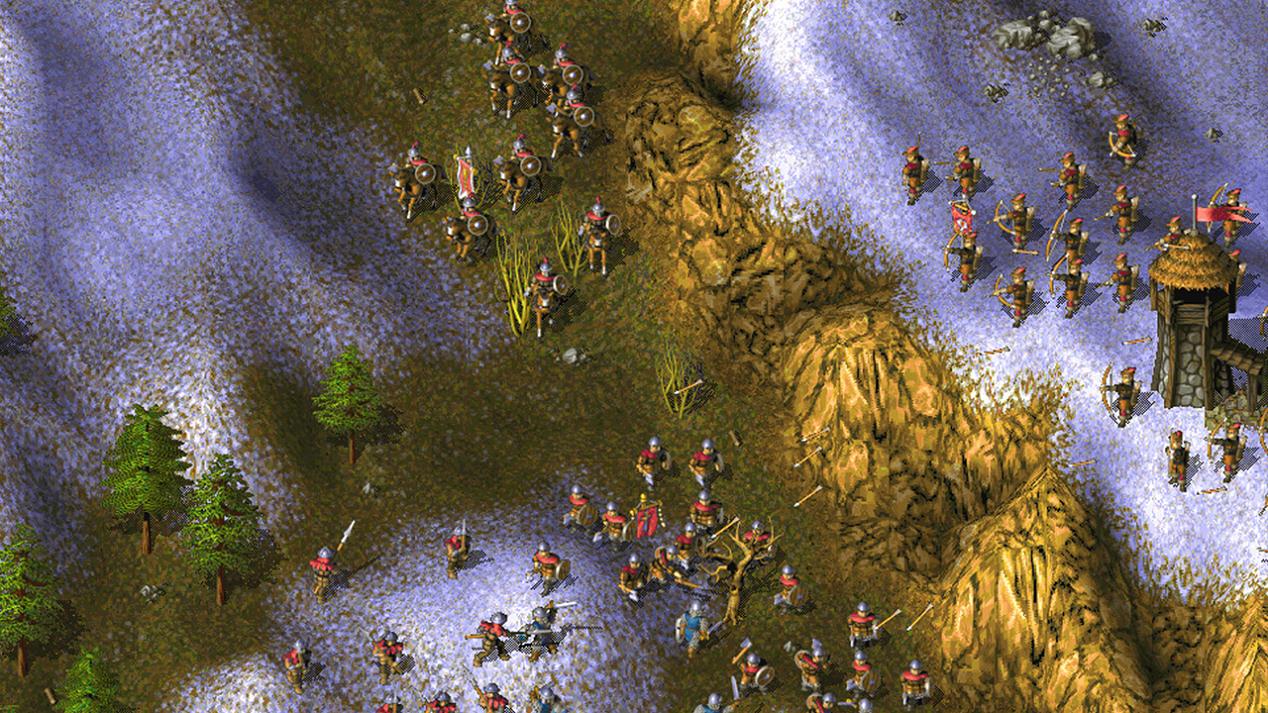 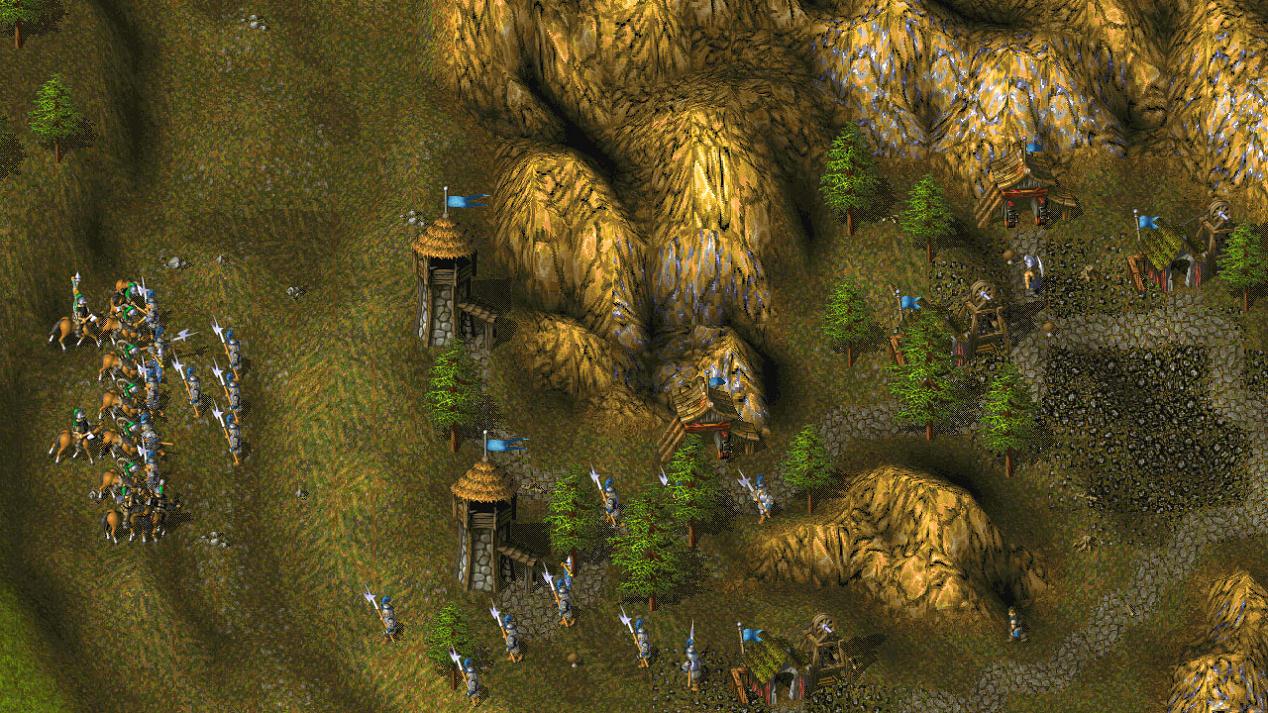 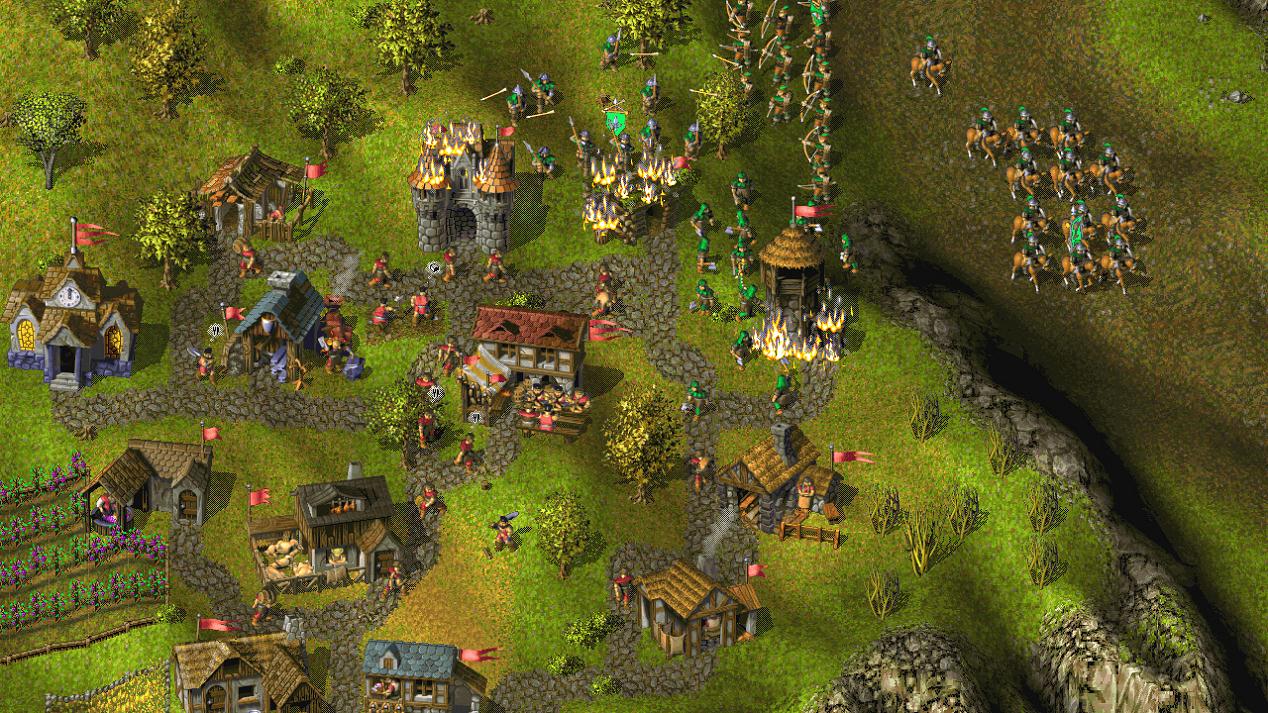 KNIGHTS and MERCHANTS recreates the era of the Middle Ages. Apart from the purely fictitious geography of our world, all game elements and scenes are based on the Anglo-Saxon period, 1200 A.D. And we haven´t used imaginary elements like fabled creatures, either. The player takes on the role of an ordinary captain in the Palace Guard. A conspiracy against the king catapults the captain into a situation where he finds himself responsible for the defence of the last royal province. This is all that remains of the shattered kingdom, which has been split into numerous small principalities and fiefdoms. And now even the king himself, ensconced in his capital, is threatened by enemy armies. This is the starting point of your Middle Ages adventure. Now you must win back all those provinces which once belonged to your king.

KaM Remake. fan-made mod for the game Knights and Merchants
http://www.kamremake.com/
________
1. You need to download and install Steam http://steampowered.com/download/SteamInstall.msi (if not already installed)
2. Enter received after the purchase link in your browser to go
3. Log on website
4. Accept the gift
5. Choose - add it to your backpack or in your library
6. Leave a comment