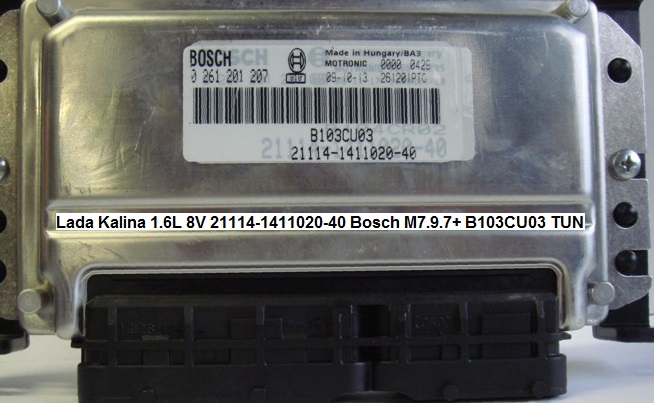 B103CU03 TUN (firmware for those who want to improve the performance of the car with minimal means)
Firmware with optimized running characteristics without changes in environmental standards.
For regions with high-quality fuel. Visibly improves the dynamics of the car, especially with the air conditioning turned on.
With it, you need only use high-quality gasoline to avoid detonation.

B103CU03 E2-TUN (firmware for those who decided to do tuning their car by upgrading the intake and exhaust systems)
Firmware for use when installing the initial tuning package on the car.
For example, the package "Stage 1" which includes:
Air filter of zero resistance,
Inlet duct and intake manifold of reduced resistance,
Without catalytic exhaust system.

* All firmware are run-in and deserve only positive feedback.
** Within 30 days after purchase. You can order a free adjustment of the firmware for your individual requirements.
*** The bonus is attached to firmware from other calibers.