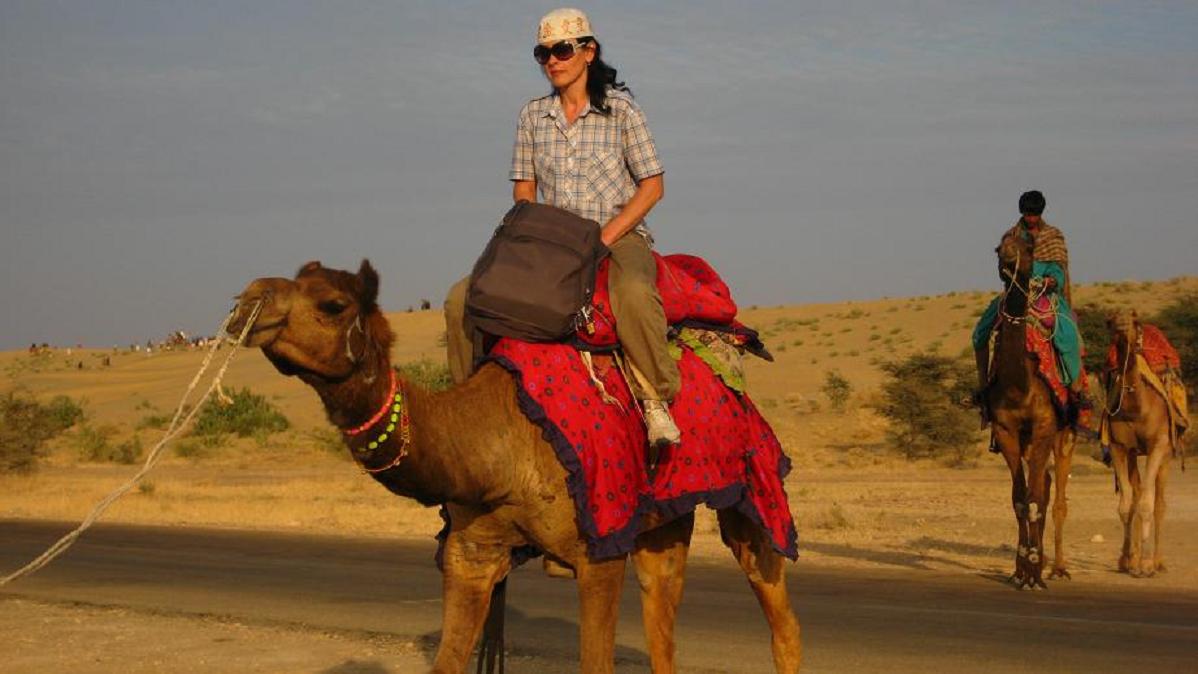 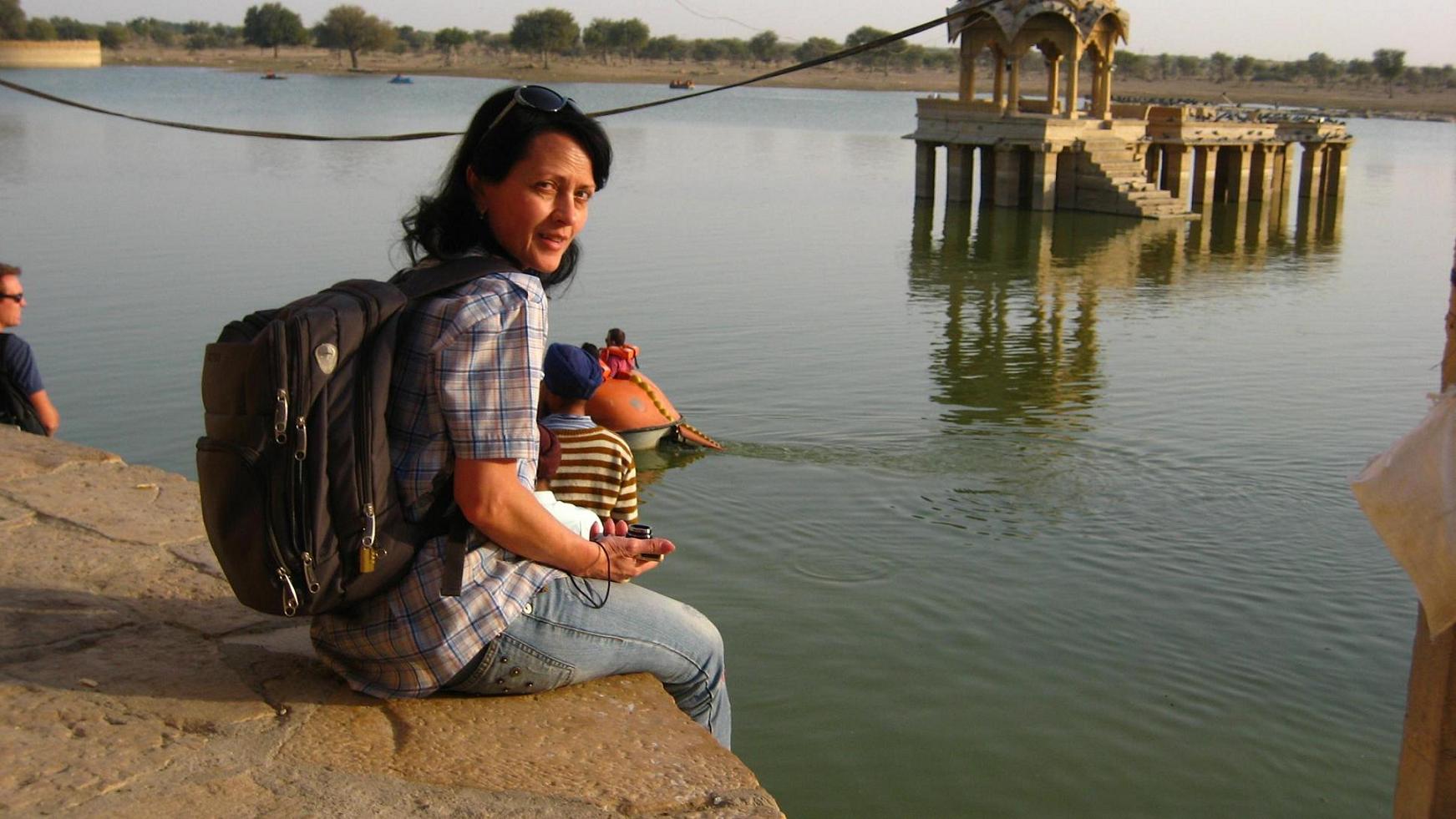 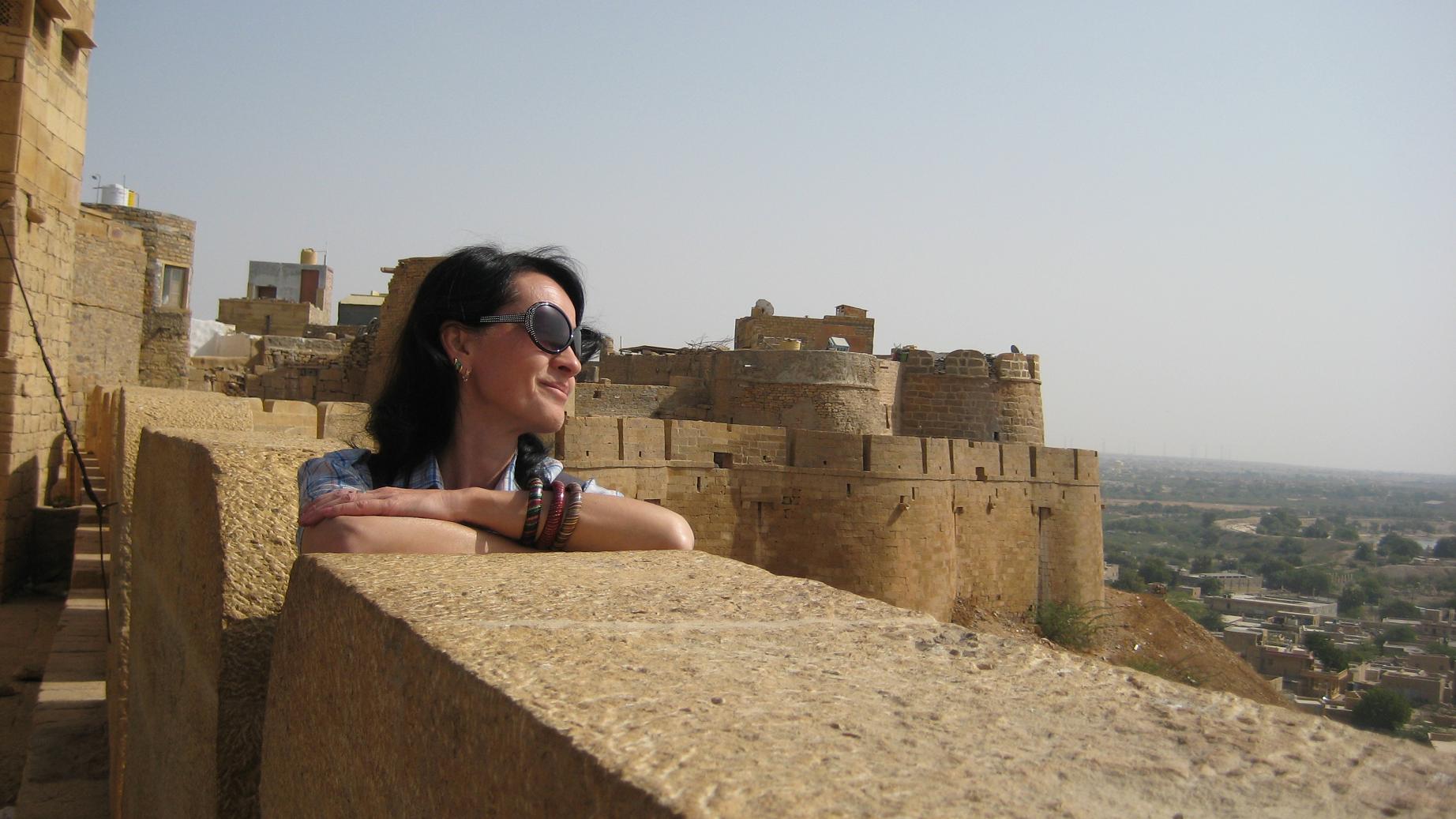 This is the first book of the series "Lady'n'Tramp". And opens a series of mysterious and mystical India. India will not describe some of the same type phrases. It is ambiguous and always different. During his stay in India, your mind will turn over a thousand times by the unexpected discovery, surprise, anger, powerlessness, appeasement.
This book solves one of the major puzzles of any traveler - how to survive in uncharted and seemingly dangerous country. As well as many other incredible things that do not fit in my head.
"... What is most striking, we spent almost a week in Jaisalmer, but no one has ever asked us documents. Nang and the rest of the hotel knew our names, and made out a safari when we were codenamed" couple sisters " . If you think that it is always and for everything we have to pay in advance, you are deeply mistaken. For example, settled in a hotel and specifying the amount of payment, we did not pay the money. I offered Nang money on the first day, but he said to me, " No need. Then, when you leave, and then pay. "-" And if you do not pay? "-" Why not? You're a good man, you can not be fooled. "-" And if I say that I have no money? "- "Well, if there is no money, then come back to Russia, and then vyshlesh me. What are the problems? I believe you." I was shocked and could not believe his ears: "Nanga, how can you be so gullible? Because people are different." - "But you're not like that. The very think if I go to a person with an open mind and do not intend to deceive him, unless he can deceive me? I'm sure that people will treat me the way I am to them myself." Here is a guys lesson boundless philanthropy, boundless faith in human nature! A man holds a hotel in the depths of the desert, to his two girls come from nowhere (documents of our time he could not see, even has no idea whether we have a visa, and we in the legal situation in the country), who knows when to hit the road, and he with them even takes money! He just believes it! Unbelievable. Of course, he is right - we are all judged on its own, and I've been repeating this for years, because they always expect the other names of the worth of yourself. And remember our Western communication, as soon as someone starts for no apparent reason crumble compliments to you, what is the first thought comes to mind, as well? That's the same and it is. What do you need? - That's what we begin to think in such a situation. Nightmare, we do not even admit the thought that we say nice things just because we deserve them. We used to trust people, and every step forward catch. We make some concessions and indulgence, and we immediately think of what we require to as "Alaverdi"? We do not even assume that something can be done just like that, out of respect, sympathy and trust. I confess, I had flashed the thought then, they say, and what does he want? Him Nang, as it turned out, did not have anything, just talk, smile, laugh. And remember each other after separation. These Eastern people, and that we have a lot to learn. Yes, that really there, I myself succumbed to their influence, repeatedly made a hundred rupees a man with whom barely know (to the extent 'almost' that even he did not remember the name), asking me to throw money on the phone. Imagine, I never cheated! Since I did not allow the thought that I can cheat, I remembered all this when he wrote these lines, that is already in Moscow. Just some time I began to trust the aborigines, and it became easier for them to understand and "see better". How did such a "blind trust"? It was in Palitana on Shatrundzhae, at the top ... "

79267823993. Regards, Kseniya
All rights reserved. Any pirate activity will be punished by law.

Heroes of the Storm Hero of Jaina Hero Jaina Key