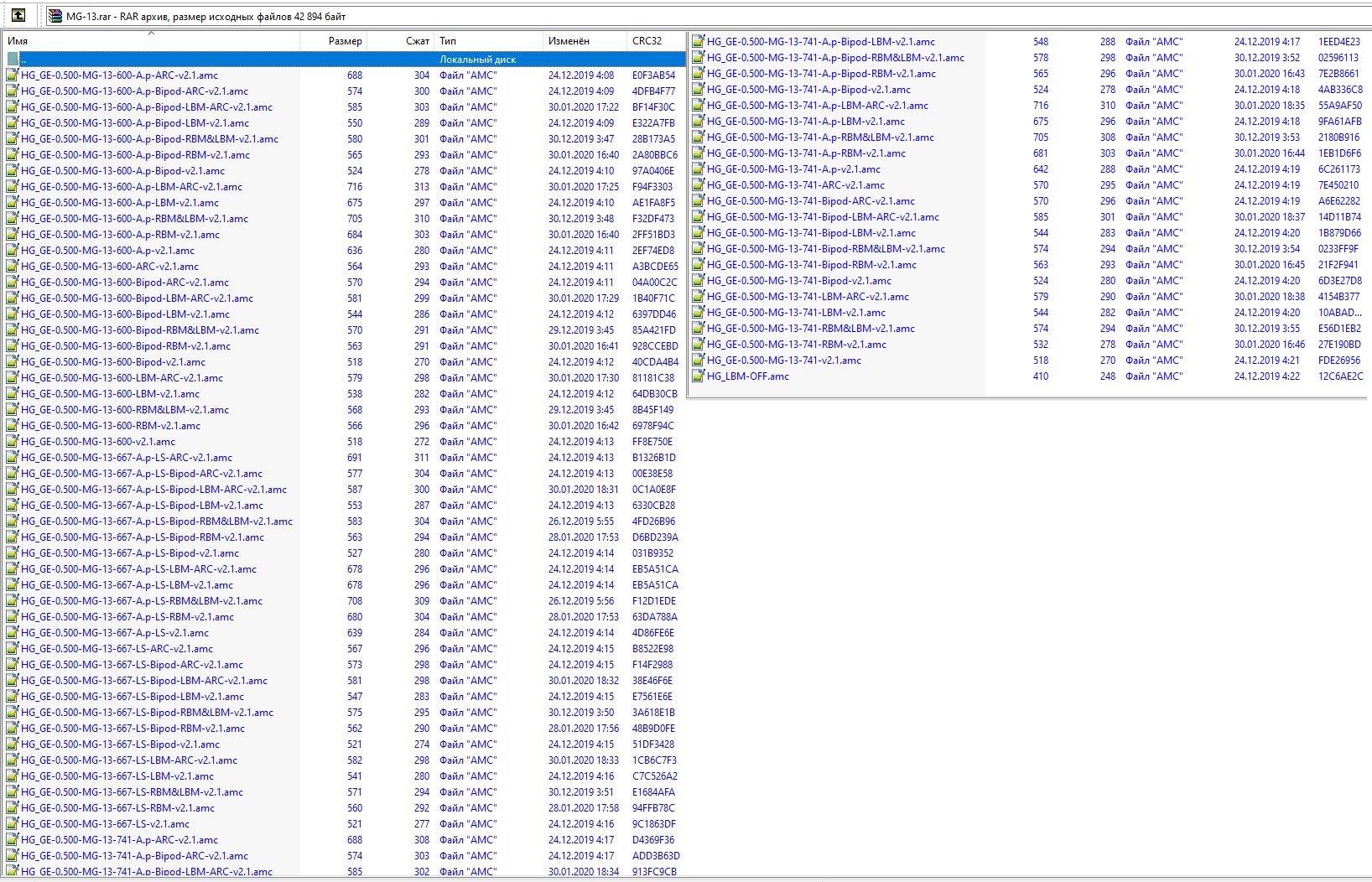 MacrOleg information about the seller and his items
offlineAsk a question

Macros in the game Heroes & Generals v.1.17.1, almost completely remove the vertical recoil from the MG-13.

Macros were written for the mouse sensitivity settings in the game - 0.500.

Macros for X7 and bloody mice, as well as macros without the term LBM and ARC, are compatible with macros effects (for non-macro mice):

A.p - Anschusspatrone s.S and this cartridge must be installed on MG-13 so that this macro can be used.

Bipod - a macro used for shooting with bipod.

ARC - automatic right-click in a macro. When a button with a macro is pressed, aiming first occurs, and then shooting.

LBM-ARC - quick aiming on the left mouse button, unlike the macro with the term "ARC", shooting occurs first, then aiming.

HG_LBM-OFF.amc - this macro disables macros in the name of which there is a term - LBM and turns the button on which the macro is written into the left mouse button. That is, if you need to quickly throw a grenade, or heal, or use a machine gun on a car, in a tank, or load into battle, then click on the button with this macro.

RBM&LBM - the macro is similar to the macro with the term "LBM" and is more advanced. The only difference is that shooting with recoil removal occurs when the right mouse button and left mouse button are pressed. If the right button is not pressed, then the left button operates in its normal mode.

RBM - a macro for the bloody mouse. After converting to the "mgn" format, shooting with recoil removal will occur when the right mouse button and left mouse button are pressed. If the right button is not pressed, then the left button operates in its normal mode.