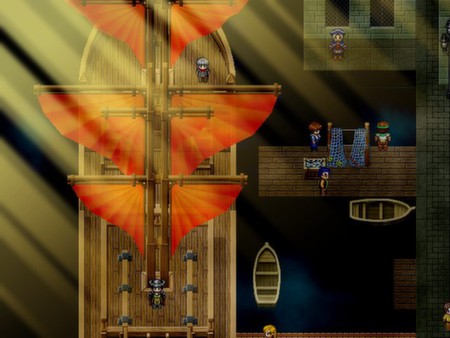 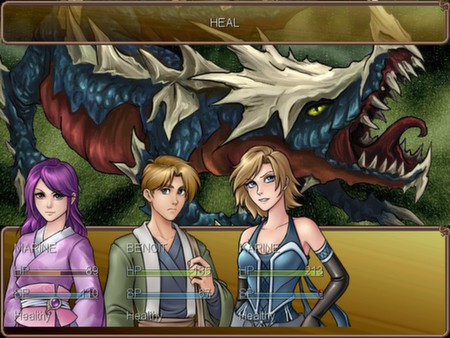 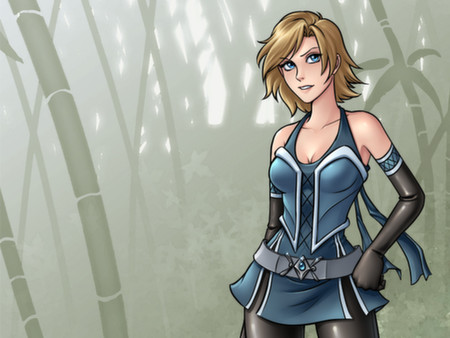 https://store.steampowered.com/app/280140/Millennium__A_New_Hope/
Backstory
Marine is young - too young to endeavor great things.
But Marine is a fighter and she refuses to accept fate.
Because her fate is to be a peasant and probably die young - a disease, or a predator, whatever, you always die of something in the murky lands of Myst.

So when her father is critically injured, Marine decides to fight back and take over the crusade he can no longer pursue.
Which crusade? To challenge the feared Lords of Mystrock, the rich megalopolis of Myst, and defeat them in a traditional showdown that decides the rulers of the world.
Everybody keeps telling Marine it´s impossible and she´ll end up swatted like a fly.
But what do YOU think?


Details
Millennium is the first episode of Aldorlea´s flagship series (the makers behind The Book of Legends, Moonchild, Dreamscape, 3 Stars of Destiny, Asguaard, Undefeated etc.).
Featuring an immersive story, this game is a fantastic introduction to a series greenlighted by the Steam community that spans over 5 episodes and features more than 20 characters in total.
Key Features
50+ achievements to unlock - can you get them all?
4 levels of difficulty - choose your difficulty and enjoy replaying the game at its most challenging
Choose visible or invisible monsters - cater to the encounter style you prefer
Optional guiding arrows - enjoy the game without the worry of having to look up a walkthrough or guide
Dozens of secret rooms - for those who like to explore and discover every secret
40 quests - easy request from a villager or very tricky riddle to solve, help people as you progress in your adventure
Battle superb monsters including 8 Animal Kings - they are the most dangerous and feared creatures out there, so beware
Get help from Jeanne - your magically-gifted fairy friend that you can summon when you really need that little something extra
Gorgeous retro graphics and musics - Millennium features high production values in its genre, all for your enjoyment
RPG Fan´s Indie RPG of the Year 2009