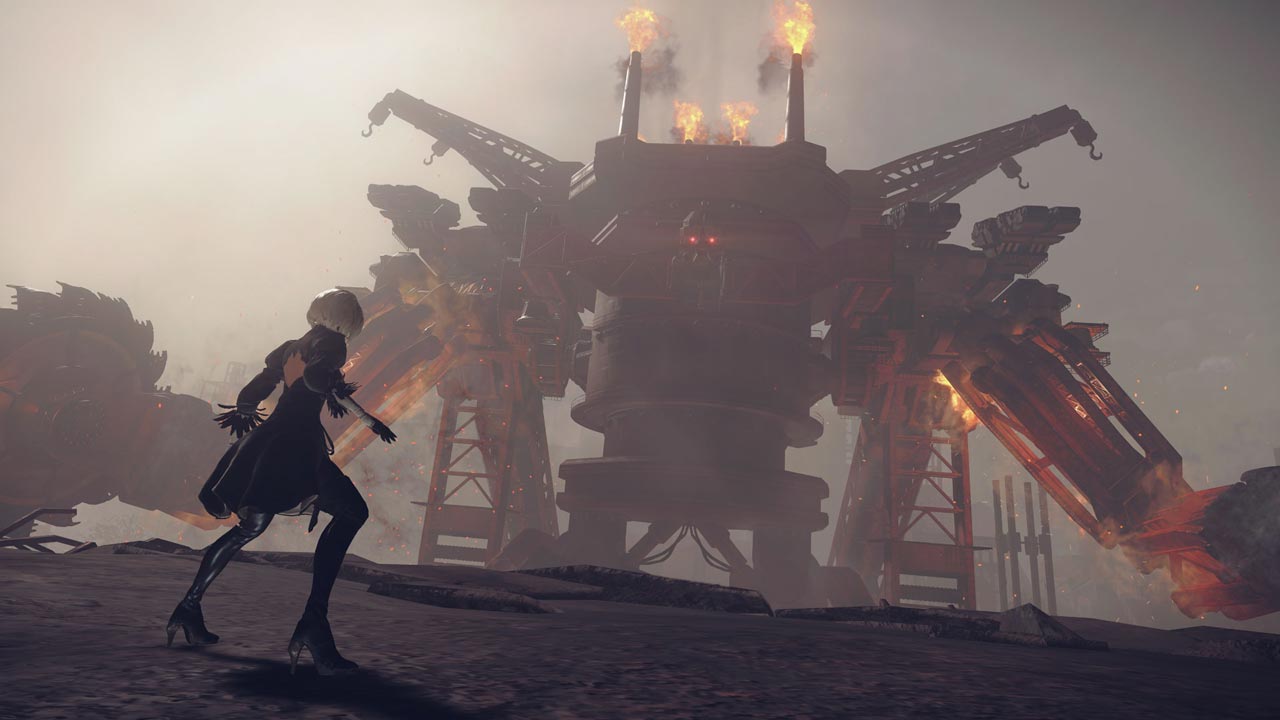 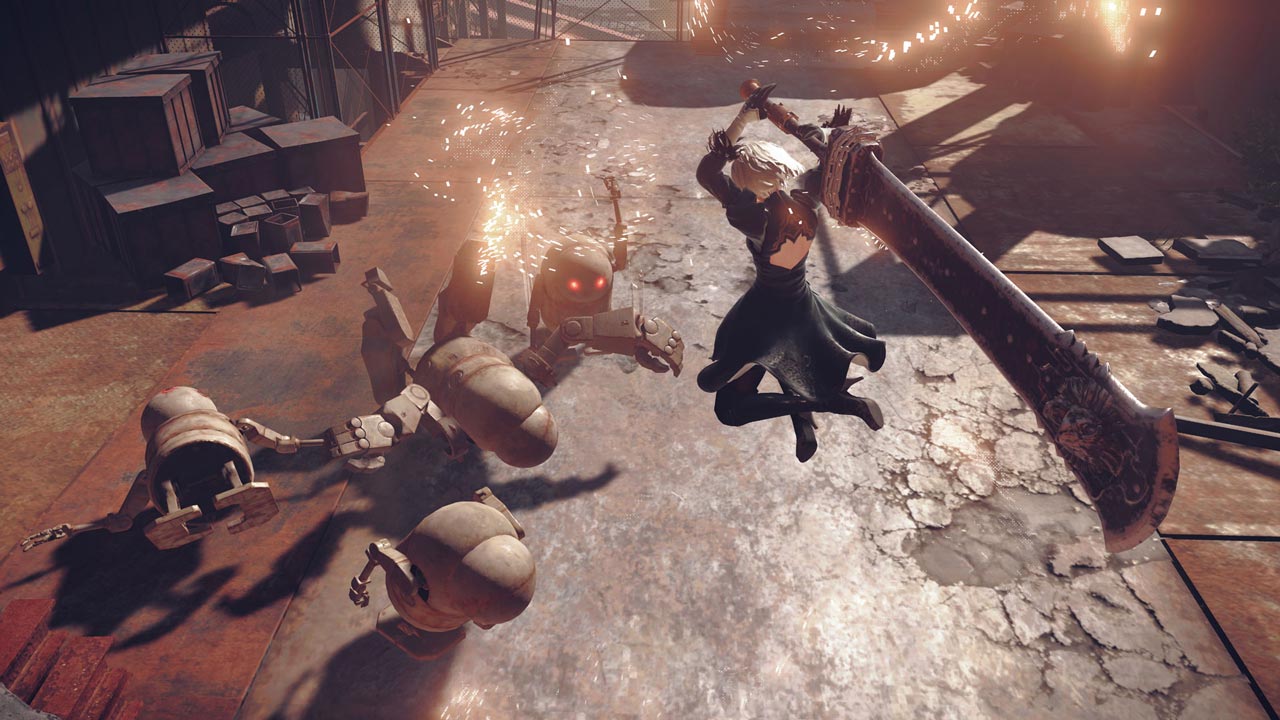 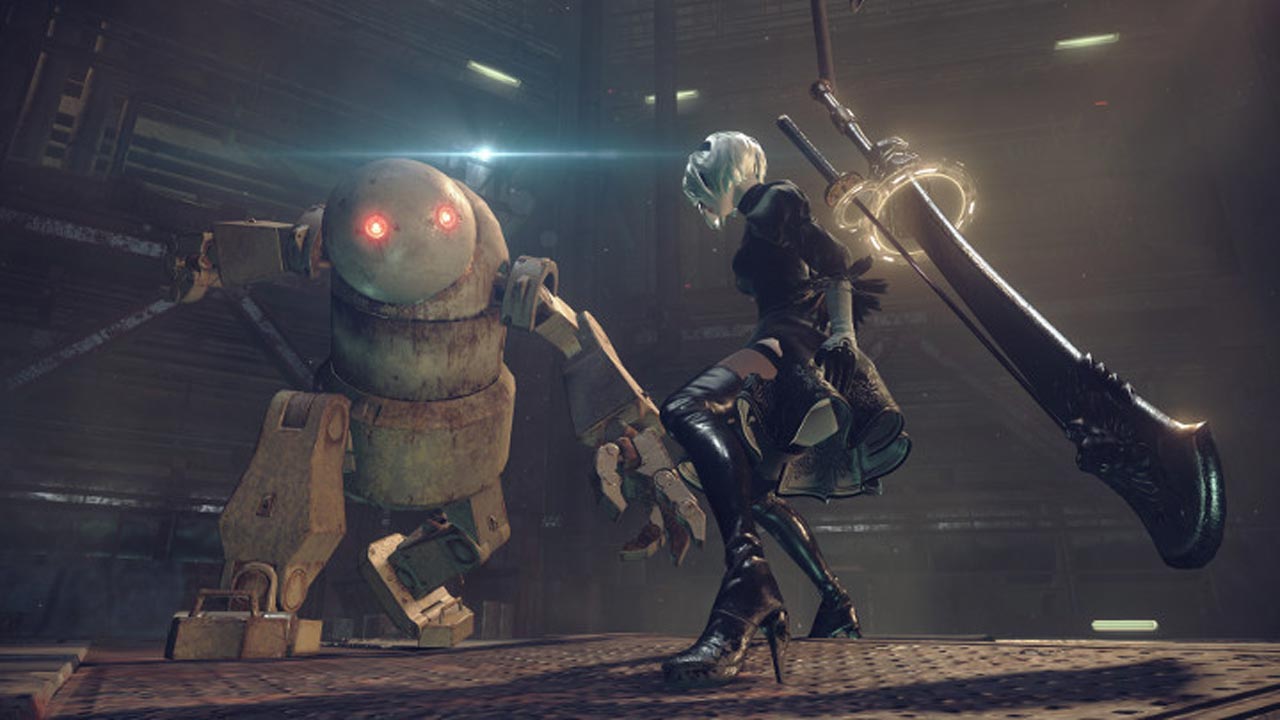 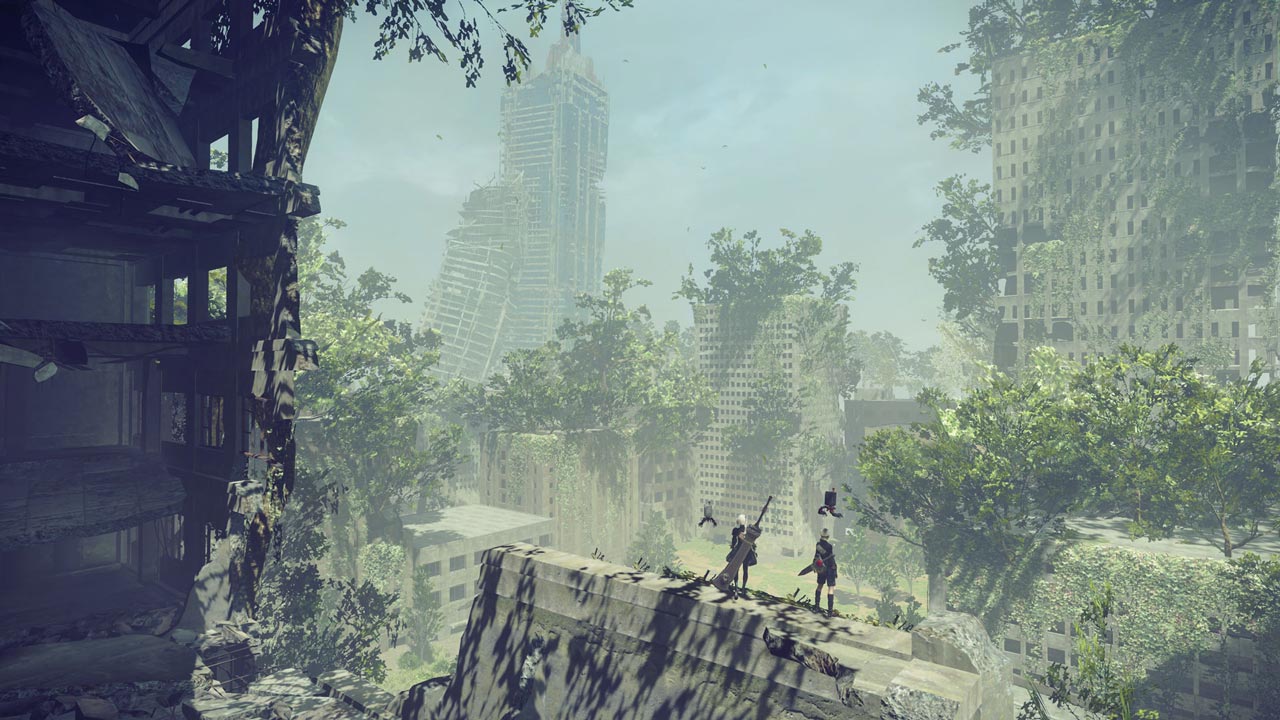 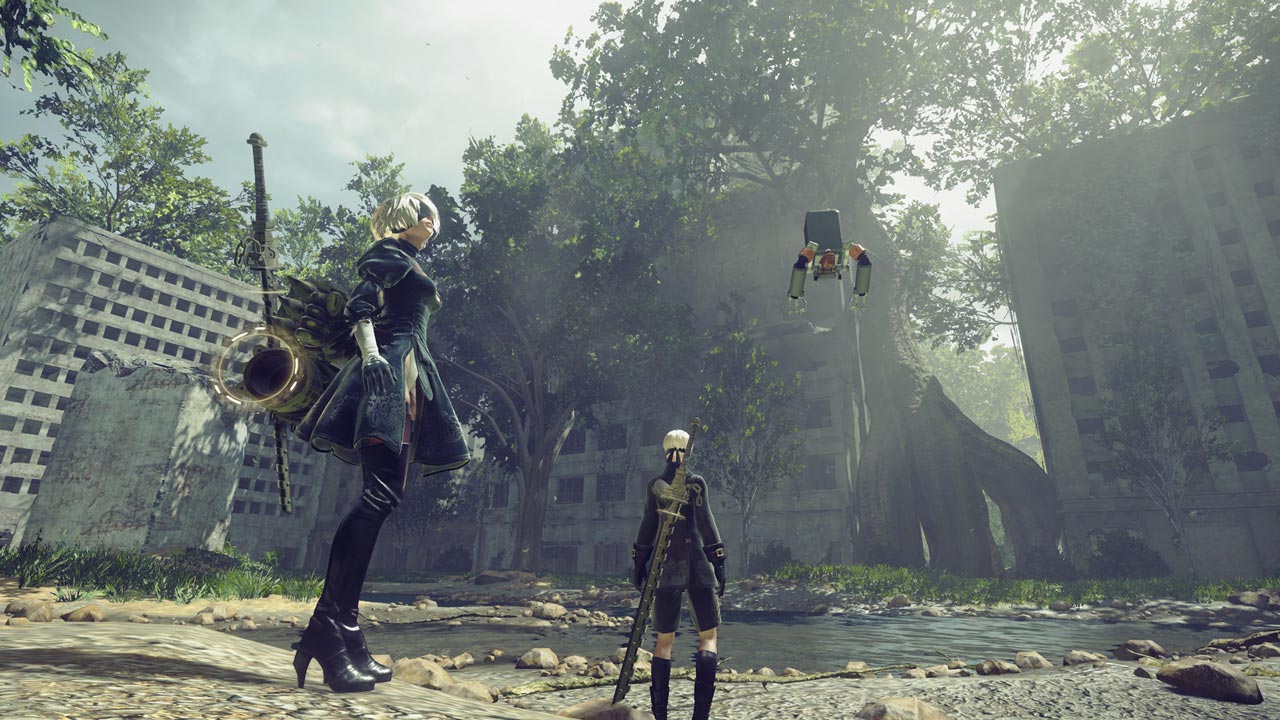 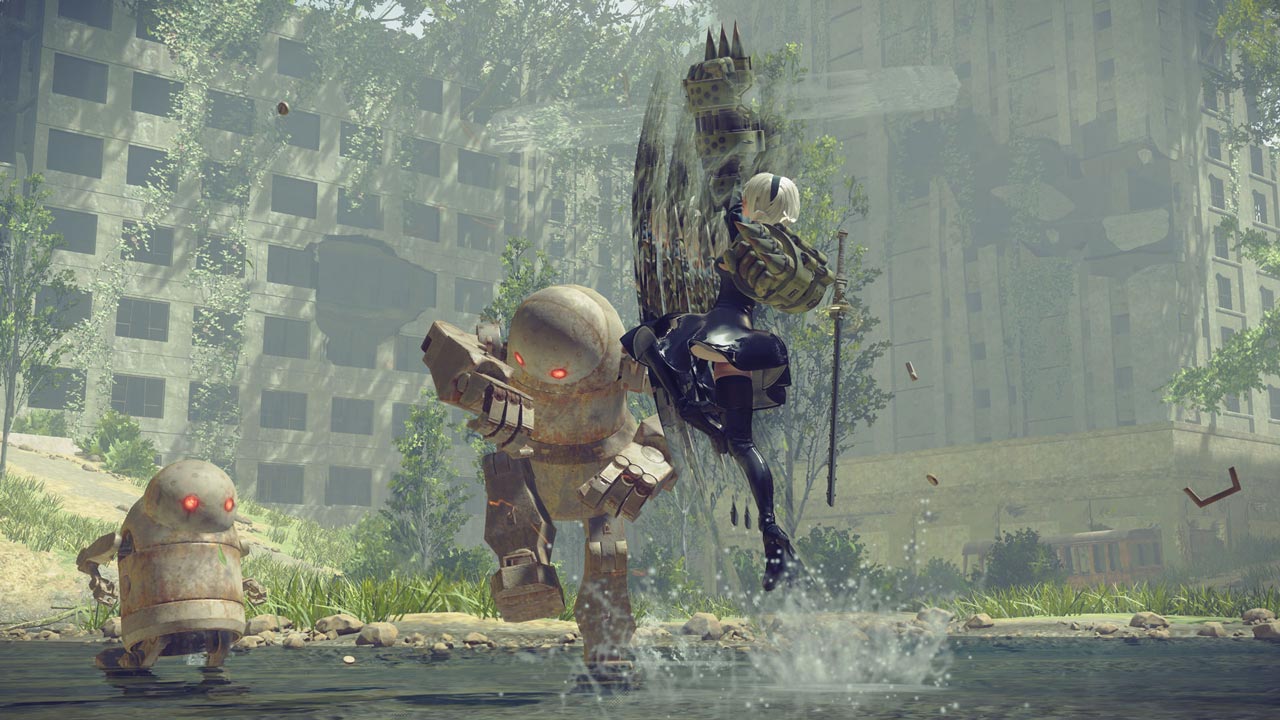 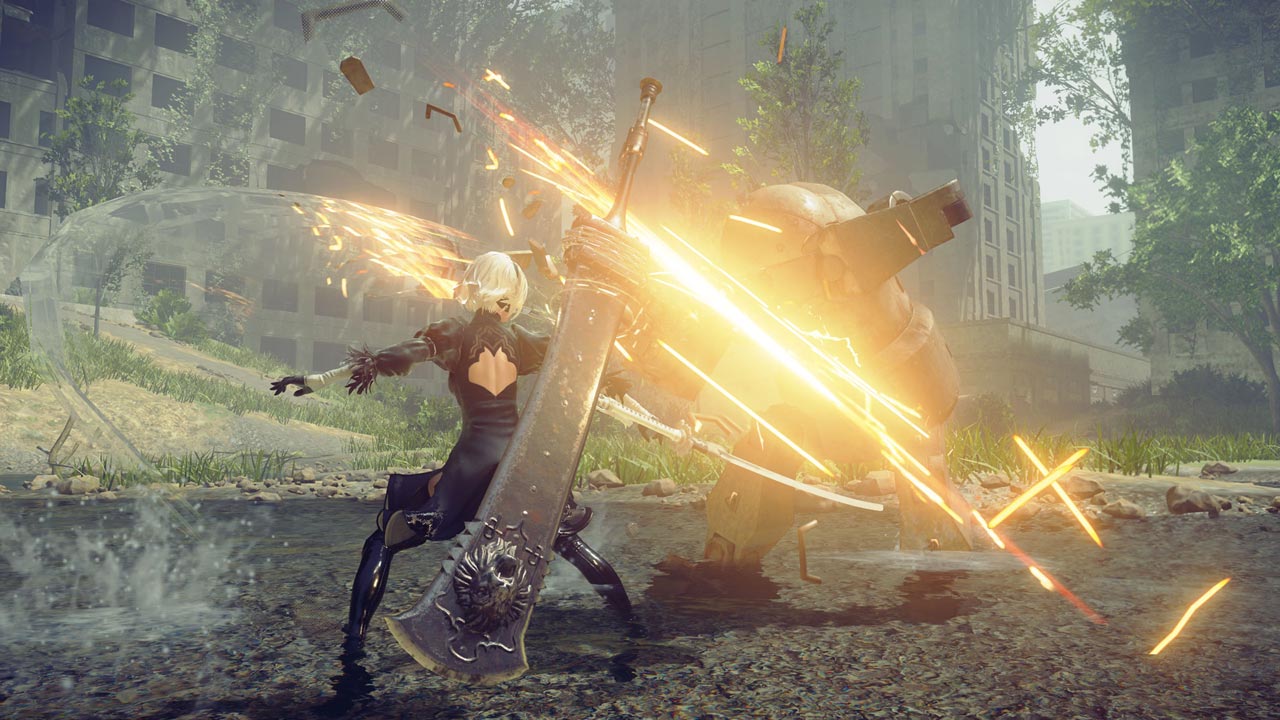 =======================================
Invaders from another world suddenly attacked, bringing down all the power of living machines on people. In the face of the seemingly unbreakable threat, the human race was forced to leave the earth and take refuge on the moon.
Exiled humanity created an army of androids, designed to repel the horde of machines, but could only slow down its progress. To remedy the situation, a new generation of Android soldiers, a division of YoRHa, was thrown right into the thick of the fight.
Down there among the abandoned ruins raging flames of war. The war, which will soon reveal the long-forgotten mystery of the world.

• Saturated action battles. Players will alternately use their melee and shooting skills, fighting with complex bosses and hordes of enemies on a variety of open maps. Well-adjusted control and an incredibly flexible combat system will be easy for beginners to master, but at the same time will leave experienced players the opportunity to hone their skills.
• Beautiful open world of the abandoned Earth. The game is fascinating beautiful places and views of each other smoothly and without loads. The environment is reproduced at a frequency of 60 frames per second, and players are waiting for a lot of side events that complement the central storyline.
• Masterfully crafted story and characters. NieR: Automata tells the story of androids 2B, 9S A2 and their fierce struggle to win the ravaged world, which fell under the power of powerful machines.
• Elements of RPG. Players will have at their disposal a rich arsenal of weapons, will increase their level in battles, learn new combat skills and customize equipment to your style of play.
• Support for unmanned tracking robots (Pods) during the battle and between battles. Robots can attack opponents automatically or under player control. They can also provide not only fire support, but also, for example, carry the player through the air. Robots can be improved as you progress through the game with various improvements, including new ways and types of attack.
• “Automatic mode” for beginners. Beginner players will be able to select "Automatic mode", which simplifies attack and evasion.