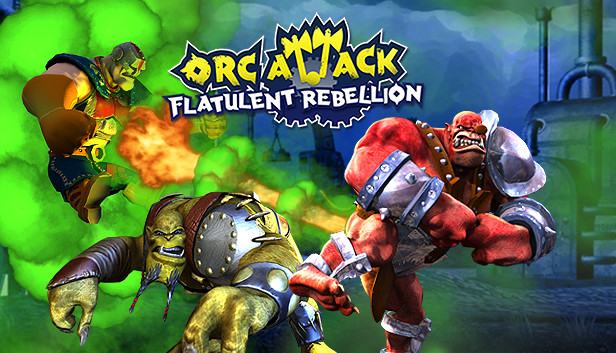 Sold: 0
Uploaded: 18.03.2016
Content: text 136 symbols
Loyalty discount! If the total amount of your purchases from the seller VIT92 more than:
If you want to know your discount rate, please provide your email:

VIT92 information about the seller and his items
offlineAsk a question

Fart or die in this hack-and-slash action game, where fun-loving Orcs battle pollution loving Humans in a humorous fantasy setting. Orcs have become victims of brutal Human expansion, as they are carelessly poisoning the environment. Now, four trained Orc heroes are retaliating with a Not-So-Silent yet very deadly plan. In either single-player or up to four-player co-op, you will take on the role of Orcs, each wielding a unique gaseous ability, and then take the fight to the Humans in a stinky, fart-filled romp. Hilarious enemies and highly tuned combat make for a joyous experience that really is worth sharing. While the comedic storyline and the striking 3D world make it even more memorable. Gross but charming protagonists add the final flourish with flatulent group attacks and nasty killer moves for up to four players.