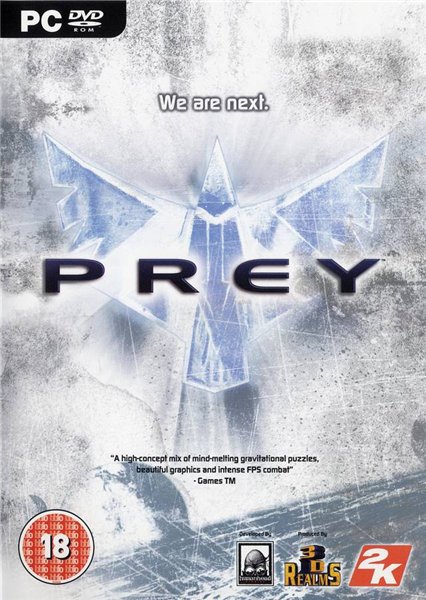 Uploaded: 23.01.2020
Content: text 18 symbols
Loyalty discount! If the total amount of your purchases from the seller All for Gamers more than:
If you want to know your discount rate, please provide your email:

Prey is a sci-fi computer game in the genre of first-person shooter developed by Human Head Studios and published by 3D Realms and 2K Games in 2006. In Russia it is localized and published by 1C. The game uses a slightly modified Doom 3 graphics engine. In October 2006, 3D Realms announced that 1 million copies of the game were sold worldwide on PC and Xbox 360 platforms.

Key Activation:
1. Download and install Steam - http://store.steampowered.com/
2. Register a new account on Steam or go to an existing one.
3. Go to the "Library" section and in the lower left corner select "Add Game", then "Activate on Steam".
4. Enter the key.
5. After activation, the game will appear in the list of games, and you can download it from Steam.