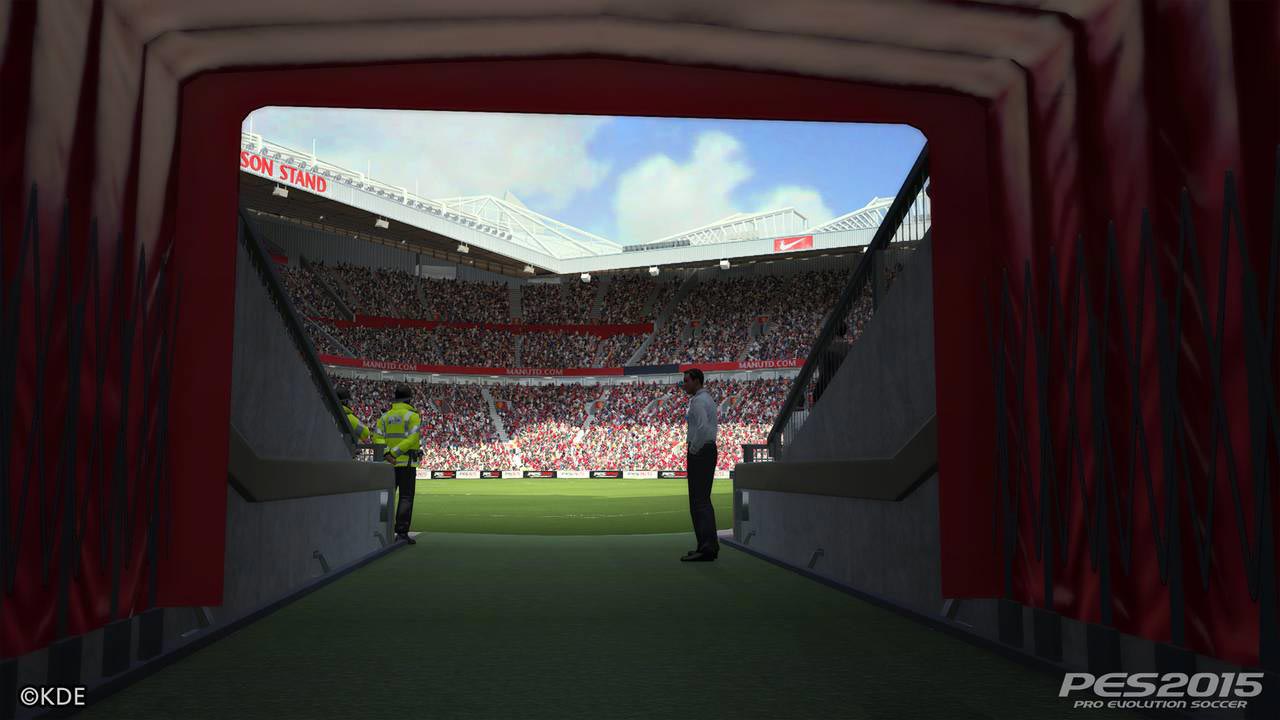 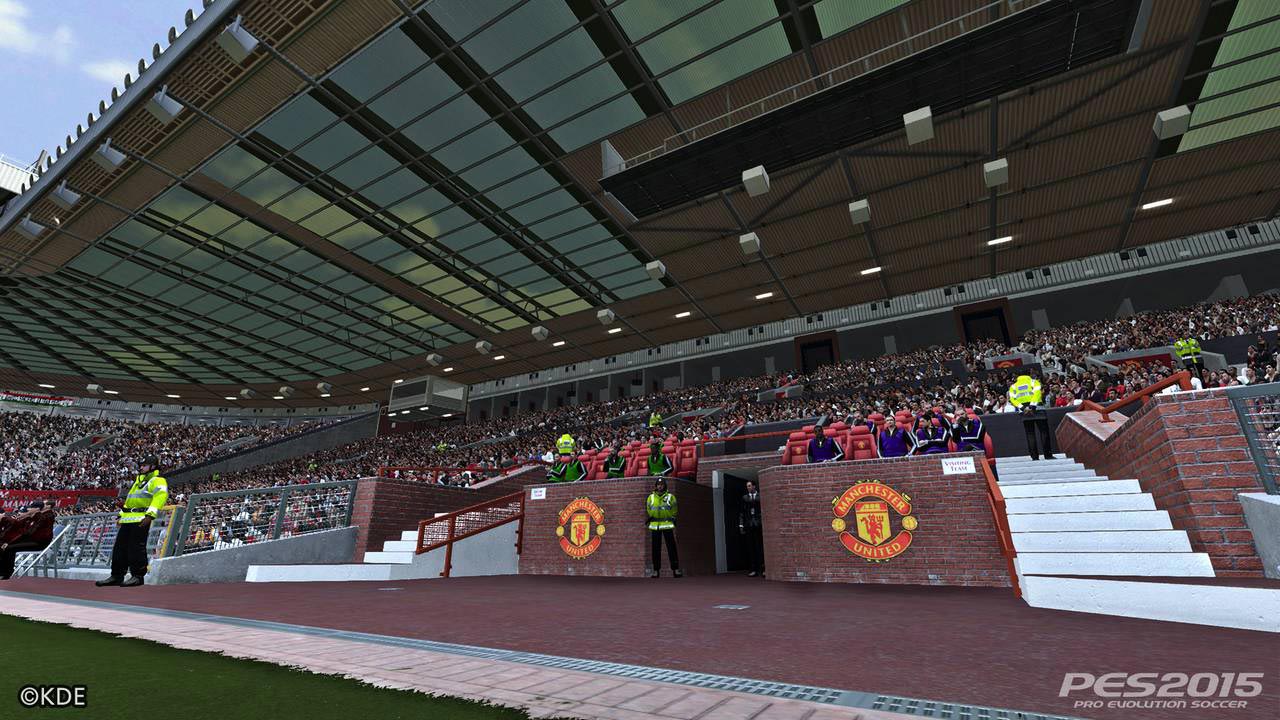 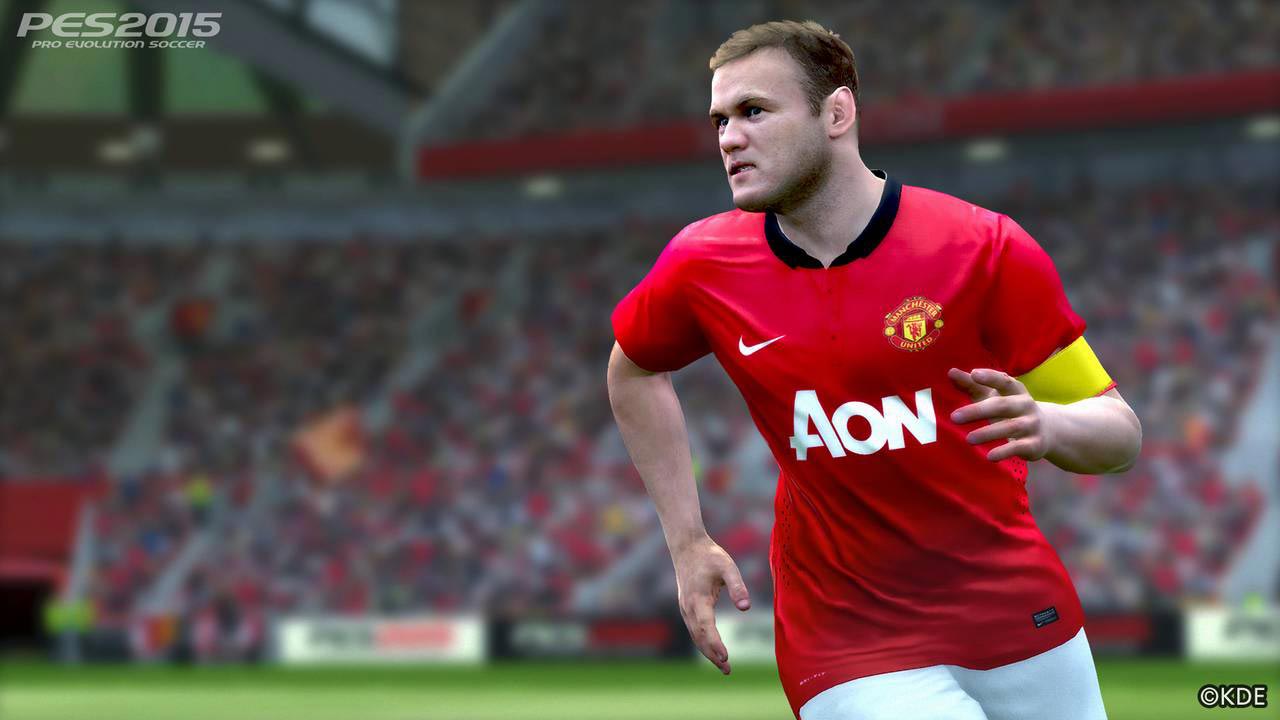 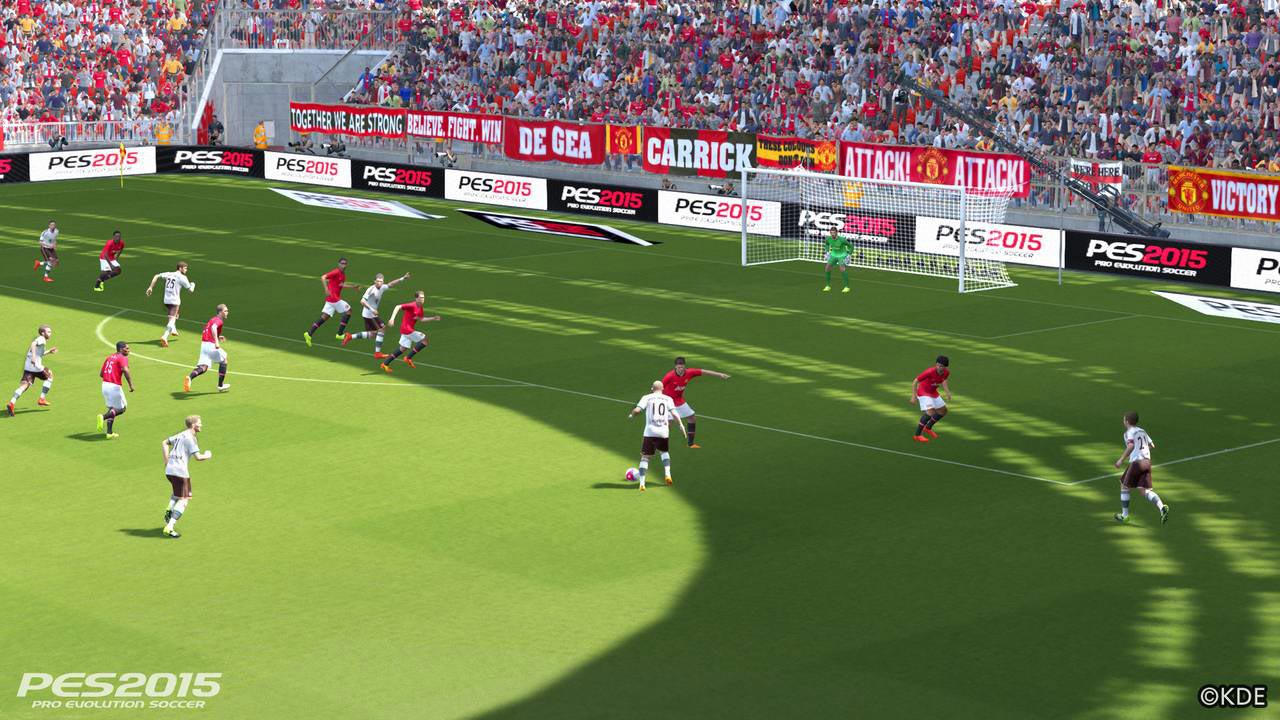 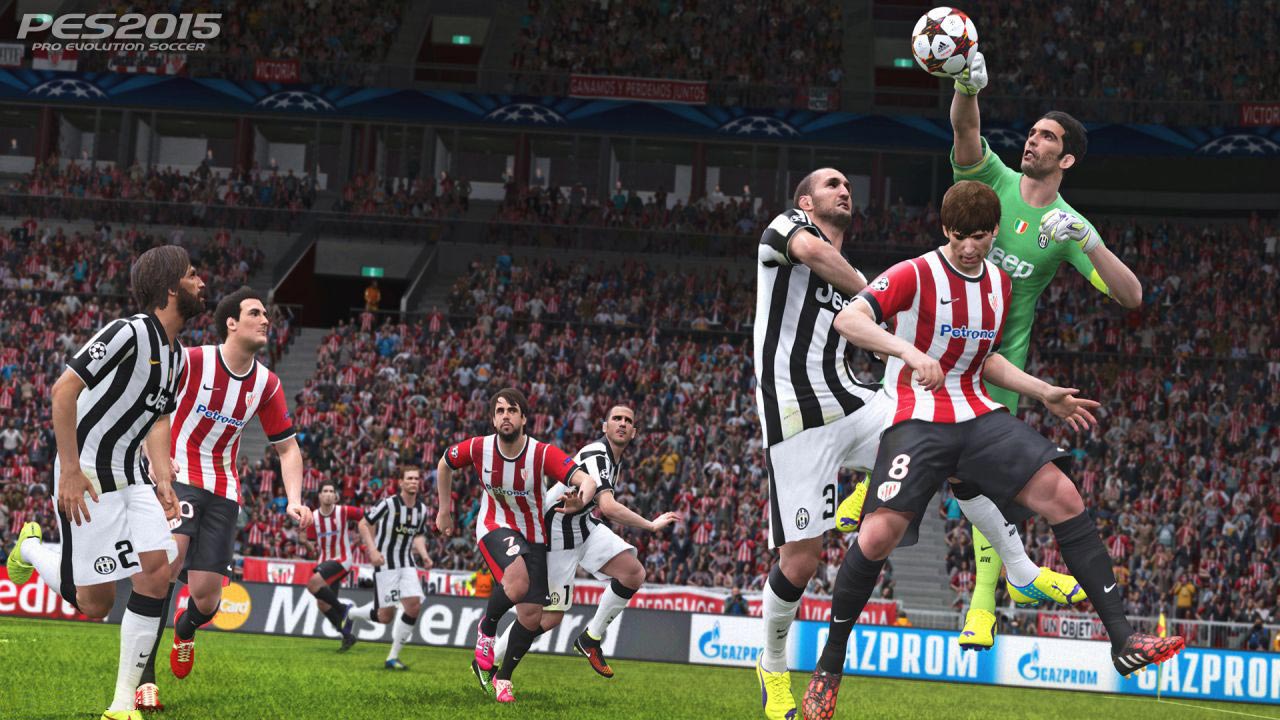 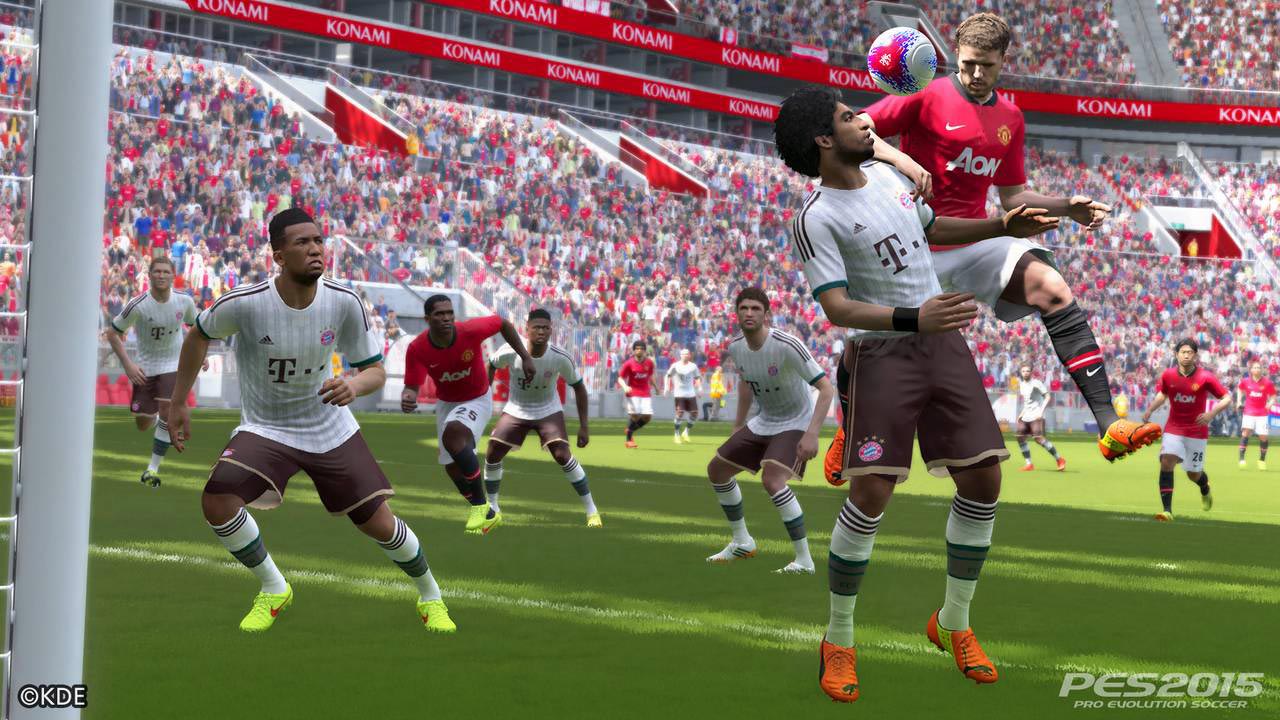 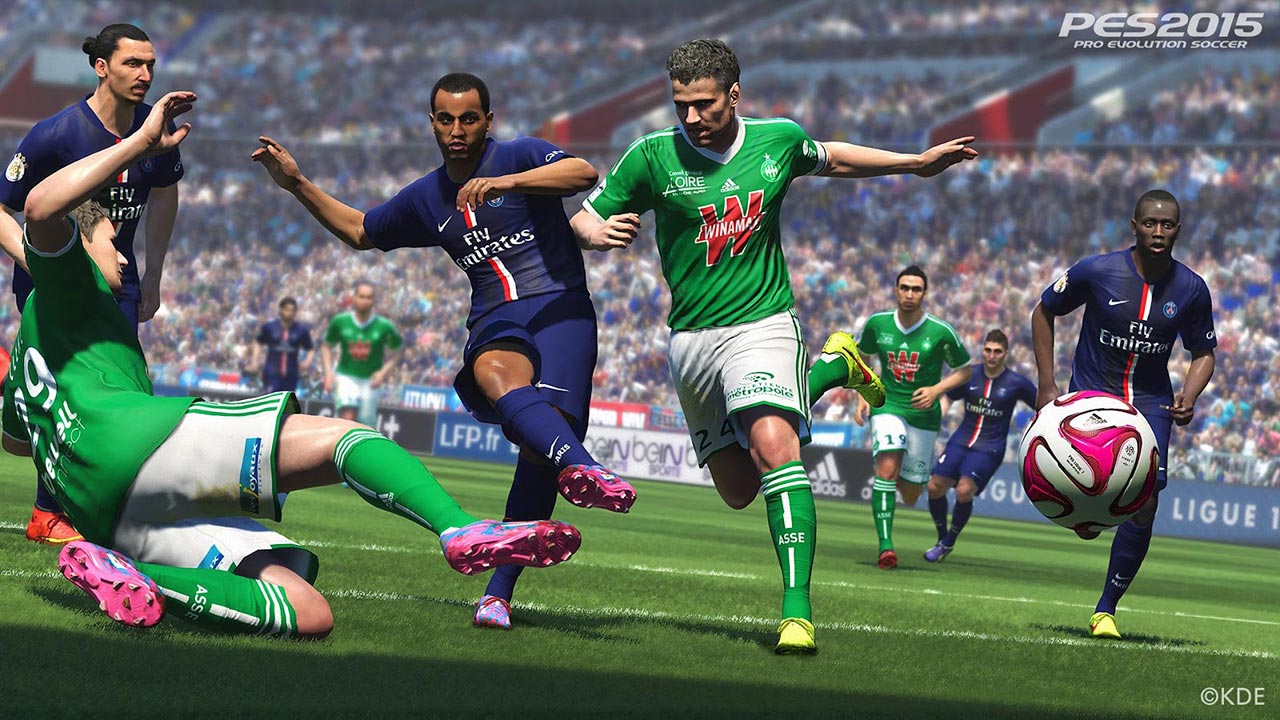 Attention! The game has only a single mode.

=======================================
“Home team” - the motto of the game Pro Evolution Soccer 2015 accurately reflects the concept of the new season of the famous football simulator series. Thanks to a whole range of innovations and improvements that have touched the control system, artificial intelligence, visual component and other aspects, PES 2015 allows you to plunge into the exciting atmosphere of a real football match and feel the real heat of the stadium.

• Convenient, clear and fast control makes it easy to respond to any situation during a match.
• Developed artificial intelligence can adapt to what is happening on the field: virtual teammates will always support, being close at the right time, freeing up space for maneuver or taking custody of an opponent
• A wide range of dribbling techniques allows everyone to play at their own pace, make breakthroughs with feints and perform quick deception maneuvers.
• Each player is free to choose tactics: how and when to go closer to the opponent, to fight for the ball or to keep it, allowing teammates to advance to the gates of the opponent
• The individuality of each player is achieved thanks to the unsurpassed smoothness of the change of animation, any movement of a virtual athlete is calculated in real time according to his position in relation to the ball, the speed of movement and the general situation on the field at the moment
• Due to the abundance of unique animation and possible styles of play, virtual athletes, of whom more than a thousand in PES 2015, not only look quite like real ones, but also exactly copy the behavior of real football players. Everyone responds adequately to what is happening and is able to show strong emotions in response to a goal scored, a decision of a judge or unsuccessful actions of teammates
• In PES 2015, the range of fans animation is significantly expanded: now the crowd in the stands behaves even more naturally than before - rejoices and resents, worries and worries - and the real atmosphere of a football holiday reigns in the virtual stadium
• Teams act on the virtual plane exactly as they would in reality, and football stars are easily recognizable by their signature techniques and style of play.
• The greatest players can demonstrate incredible personal skill on the field, but the successful outcome of the match will depend on their ability to play as a team.
• Whether the team is attacking or defending, its game plan will automatically adapt to the style of the prototype team.
• Fully rebuilt statistics system to make the most complete and reliable database of players
• For the first time in the history of the series, teams of the second division from England, Spain, Italy and France are represented in PES 2015, which significantly increases the opportunities for scouting.
• For the first time in the game, the PES series represents real managers from some European and Latin American countries.
• In PES 2015, several new licensed stadiums are presented, and in addition, the editor returned to the game with the widest choice of parameters, allowing you to create a sports arena for every taste

The Wolf Among Us (Steam RU)