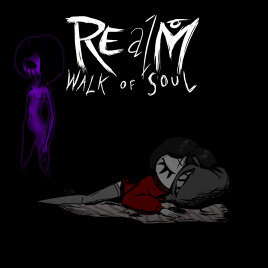 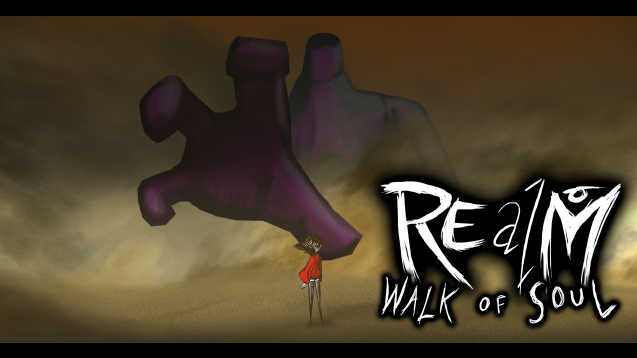 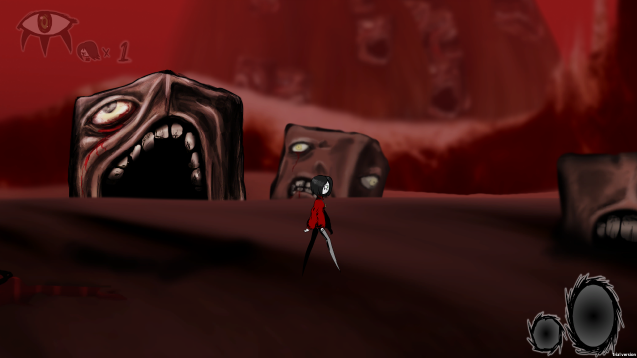 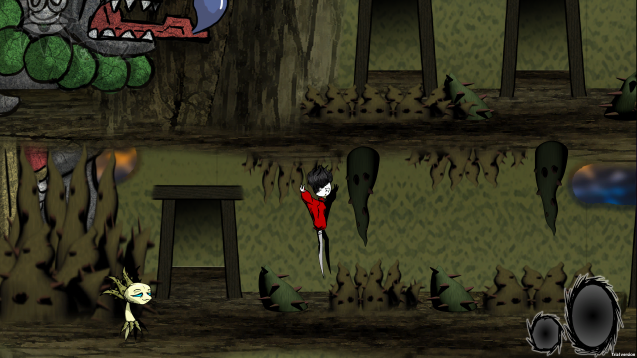 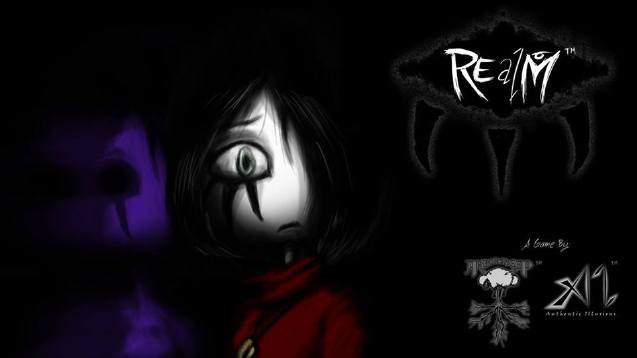 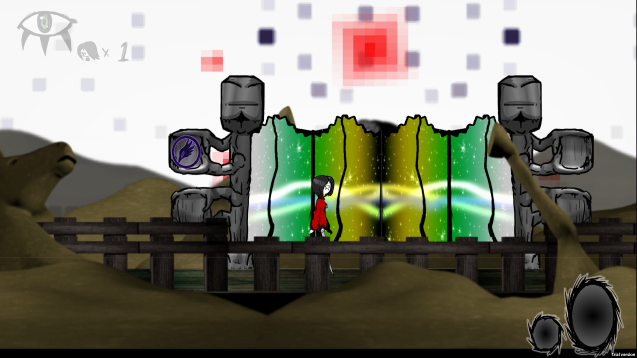 desura.com
REalM is a 2D puzzle game with horror elements, where you´ll need to find "effects" or powers to access new areas in the open, nightmare world you´ll find.

The game is set to be released for PC and Mac. The game is inspired by surreal horror indie games like Yume Nikki as well as games from the survival horror Golden Age, like Resident Evil and Silent Hill.

REalM presents us Iris, a 17 year old girl who, after a harsh sensation of falling in her dreams, wakes up in her room. Yet, something feels out of place, and she feels the need to get out of home. By doing so, Iris discovers that she has woken in a strange place, isolated, with only one tree, her house and a house very similar to hers. Inside she finds a being like her, but like a shadow. It tells her to find the "effects" hidden in the world. On her way out, Iris sees strange portals hanging from the tree. After touching one, she is transported to a new world, radically different from the one she was in. Iris realizes that to know more of this world, she´ll have to find the "effects" the shadow was talking about.

Iris A 17 year old girl. She´s shy, timid, quiet, introvert and not very social. She escapes reality often mainly by dreaming. For this very reason, she sleeps a lot, leaving aside important activities such as doing her homework... or eating.

Despite the fact that she doesn´t pay much attention to classes in school, she loves to read and seeks interesting subjects for she has learned that by having something in her mind before sleeping, her dreams are about that. She likes what she has read about the world, but she doesn´t dare to face the world around her.

The Shadow It is a mysterious entity that looks interested in helping Iris, or at least is the only one that has told her something about this place.

She sends Iris to look for the "effects."

What are her true intentions? Iris will have to find out.

Throughout the game, Iris will find "Effects", that will allow her to access new areas, or shield her from danger. Some of the effects you´ll see in the game are:

★ Crow The power to return to the nexus, no matter how far you are or if you are stuck in trap room.
★ Thorn It can hide Iris from enemies but it won´t let you move nor jump.
★ Automaton Blade If you are in danger or an obstacle, Iris can unleash the power of the blade to destroy it. But your movement will be slow like an old machine.
★ Water Strider Iris can walk over the water and swim under it.
★ Dove Increases movement when you run and how high Iris can jump. But if Iris is hit by something, you will regret about it.