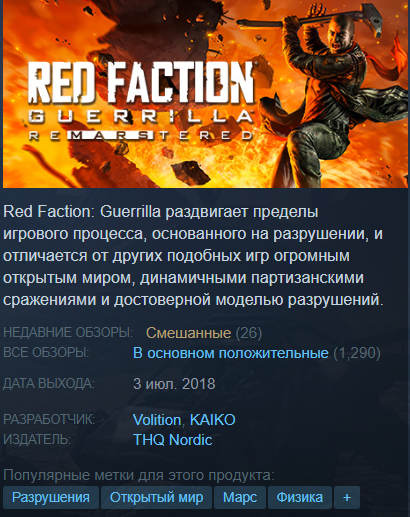 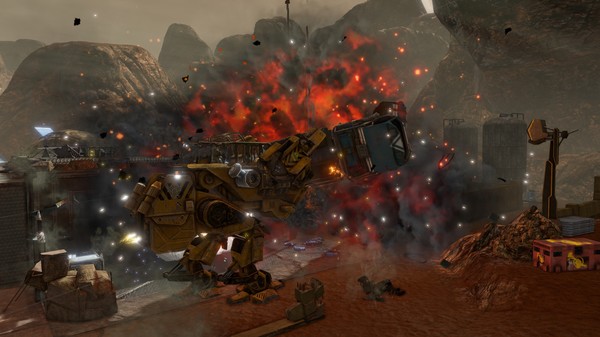 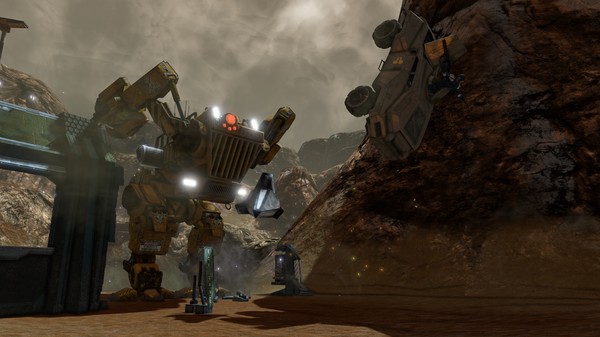 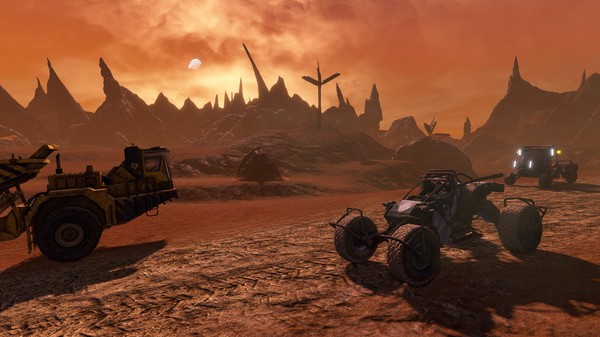 The action in Red Faction: Guerrilla takes place 50 years after the events of the first part of the game. This time, the player will be in the role of a rebel from the reconstituted Red Brigade, fighting for freedom with the Earth Defense Forces (POPs). Red Faction: Guerrilla pushes the boundaries of destruction-based gameplay and differs from other similar games in its huge open world, dynamic guerrilla battles and a reliable destruction model.
Key Features
Partisan warfare in the open world. Decide for yourself when, where and with whom to fight. You have to get weapons, improve a variety of vehicles and make partisan attacks on enemy territory. Attack in a style convenient for you, complete tasks in any order, or engage in the weakening of the POPs on Mars.

Strategic destruction. Use destruction as your advantage: ambush and explode items in a chain, attacking the enemy and changing the environment in the game. The world around you is incredibly dynamic, you have complete freedom of action: blow up walls and floors, arranging walkways, ruining stairs, cutting off the path of enemies, or simply passing through obstacles in vehicles.

Fascinating changing gameplay. You can pave your way in an ever-changing terrain, constantly improving battle tactics. To defeat POPs, you will have everything: transport, weapons and explosives to overcome POPs. The main thing is to find the right combination!

Fantasy world. You will be available to explore a huge planet. You can climb into the abandoned mining stations and look at the sparkling capital of POPs - Eos. You have to get through the completely destructible environment of the open world, full of POPs troops, Red Brigade fighters and ordinary people caught between two fires.
Network battles. You will be able to apply all your guerrilla combat skills in various network modes full of destruction!