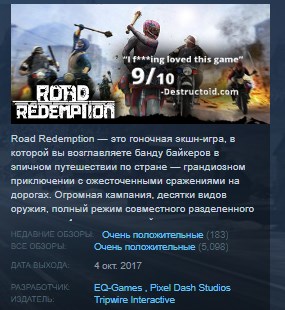 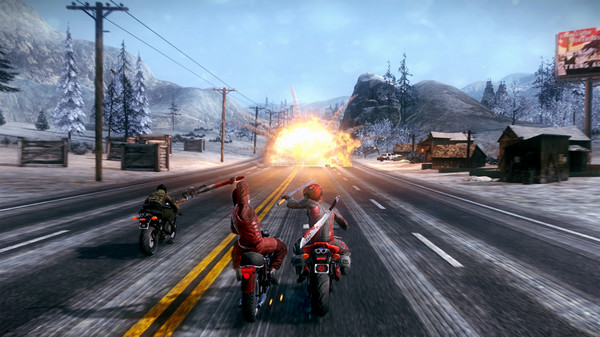 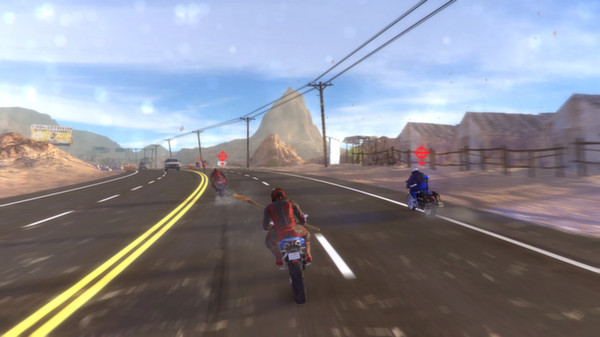 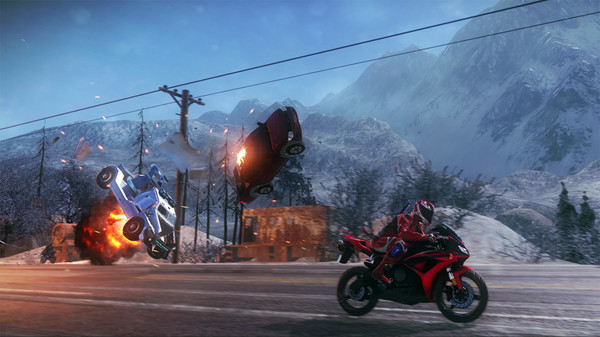 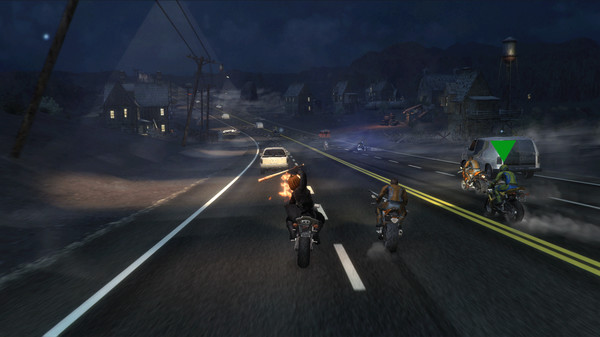 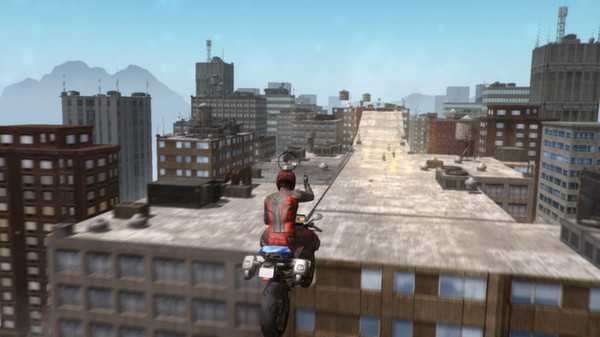 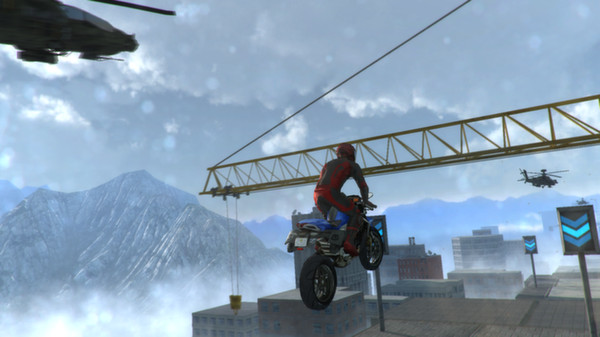 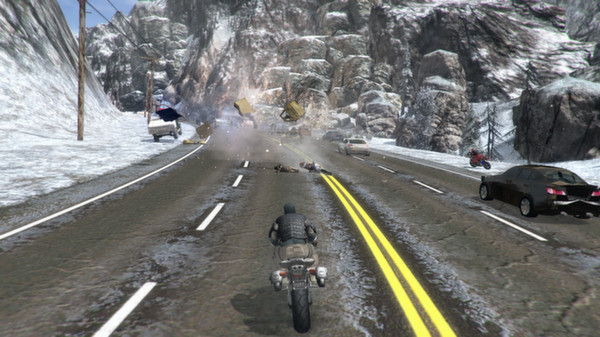 Road Redemption - the spiritual successor to the series arcade racing motorcycles Road Rash. At the time of arrival, the players must not only reach the finish line first, and make it beautiful - the sorting out of the way with opponents using various weapons. Campaign Road Redemption tells the story conditionally freed criminal who spent eight years in federal prison.

For a start you have to join the old motorcycle club and do everything possible to eventually become the head of his own gang of riders. You get access to the world map with a variety of missions, shops and shelter your gang.

For earned money you can buy new weapons, helmets, body armor, and, of course, new motorcycles, which can also be tuned.

In addition to the campaign there Road Redemption multiplayer, which allows you to create your band together with other players, and compete with your friends over a network.

Lead your motorcycle gang on an epic journey across the country in this procedurally-generated driving combat adventure.

Earn money by completing races, assassinations, robberies, and other challenges in your path. As you collect loot, you´ll upgrade your character, your bike, and your weapons.

One Life To Live

Driving a motorcycle at 100 mph while trying to hit someone with a pipe is dangerous, and death can come quickly. There are no extra lives nor continues. Fortunately, every time you die, all the experience you´ve collected can be used to upgrade your character, your bike, and your weapons.

In the multiplayer mode, you can work with your friends or fight against them. It´s up to you.

Road Redemption takes place in a post-apocalyptic America, ruled by a brutal dictator. Without telling anyone, your gang leader has decided to head to the capital on a desperate assassination attempt. When the government catches him, the consequences for your gang, and everyone you know and love, will be devastating.

It´s up to you and your fellow gang members to race across hundreds of miles of dangerous highways in order to track down your derelict leader before the government does. What you do next is up to you. Do you try to stop him in order to protect your family and friends from punishment, or do you join him in a risky attempt at ending the oppression once and for all?