Russian Science of the respiratory system 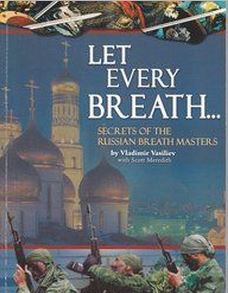 Vladimir Vasiliev, known in the West mainly. as the author of the known system - a complex of martial arts, which has Russian roots at the heart of its equipment. If the technical issues have been written many AMG and filmed a video about the breathing exercises (allegedly, also has Russian / Slavic roots) know little offensively. It is designed to fill this gap this book. However, the "Russian" or "Chinese" here is small enough - in is based on many well-known breathing exercises, however, united in a more or less orderly system, so the book is recommended for all - both fighters kontaktnikam and ordinary athletes, or just interested in physical rehabilitation - like any breathing exercises, there is a lot of potential. But for the full martial arts, it is a must.

Related to item "Russian Science of the respiratory system":