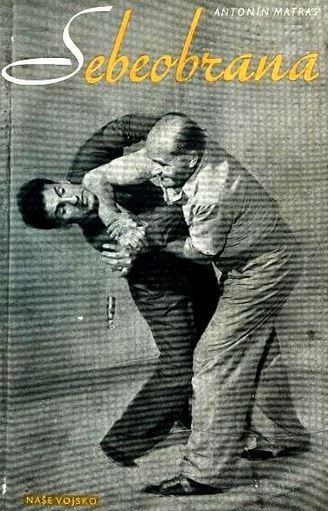 No matter how hard the authors of all kinds of benefits for self-defense to call their creations, anyway, most real-world techniques dating back to judo, and from him - to the jiu-jitsu. The book under the straightforward title "Sebeobrana" ("Self-Defense") was published in 1957 by publishing house "Prague" and contains almost all of the most effective techniques that can be performed on the basis of Judo / Jiu-Jitsu. It seems a bit strange that relying on judo in his work, the author shows the relatively small number of shots - we are all accustomed to, that Judo "throw". Meanwhile, back in the beginning of the century when jiu-jitsu and judo were just starting their way to Europe and America, our usual shots were relatively small, but the shocking strikes - atemi - was much larger, and the shots were conducted mainly legs (we and we see in this tutorial). The techniques are quite simple and realistic, are designed for a large range of situations - from unarmed attack before the attack with machetes. If you want to tighten up their skills in self-defense, it is - then this is exactly what we need. Just really, uncomplicated. In general, the genius, all of judo.