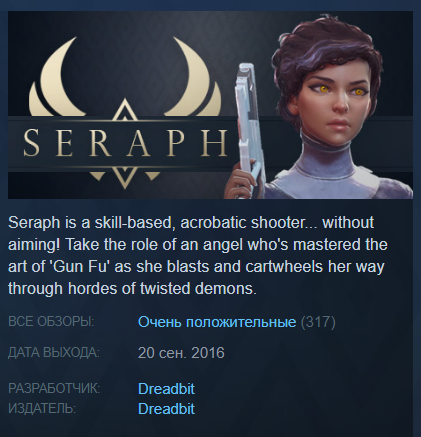 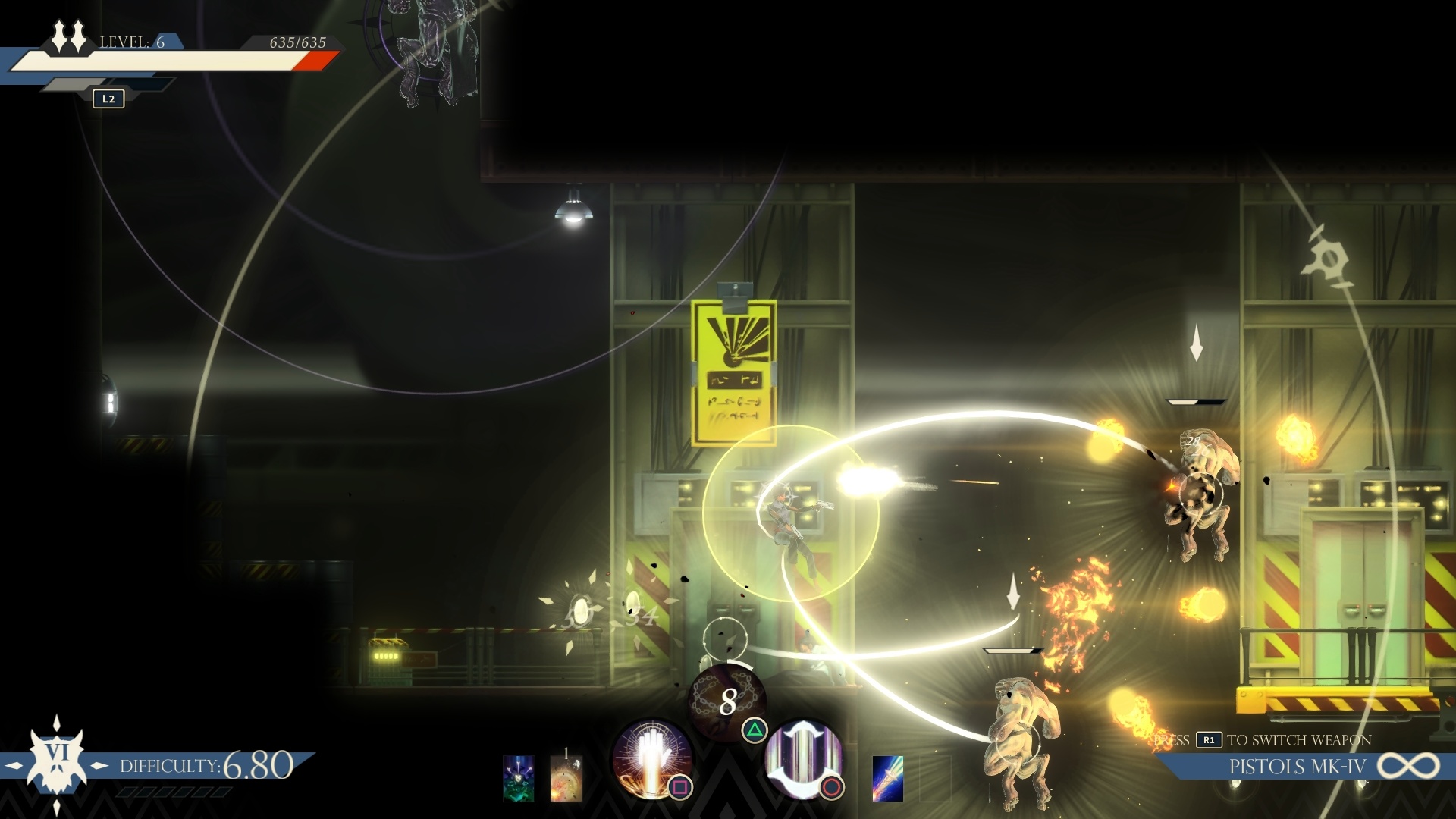 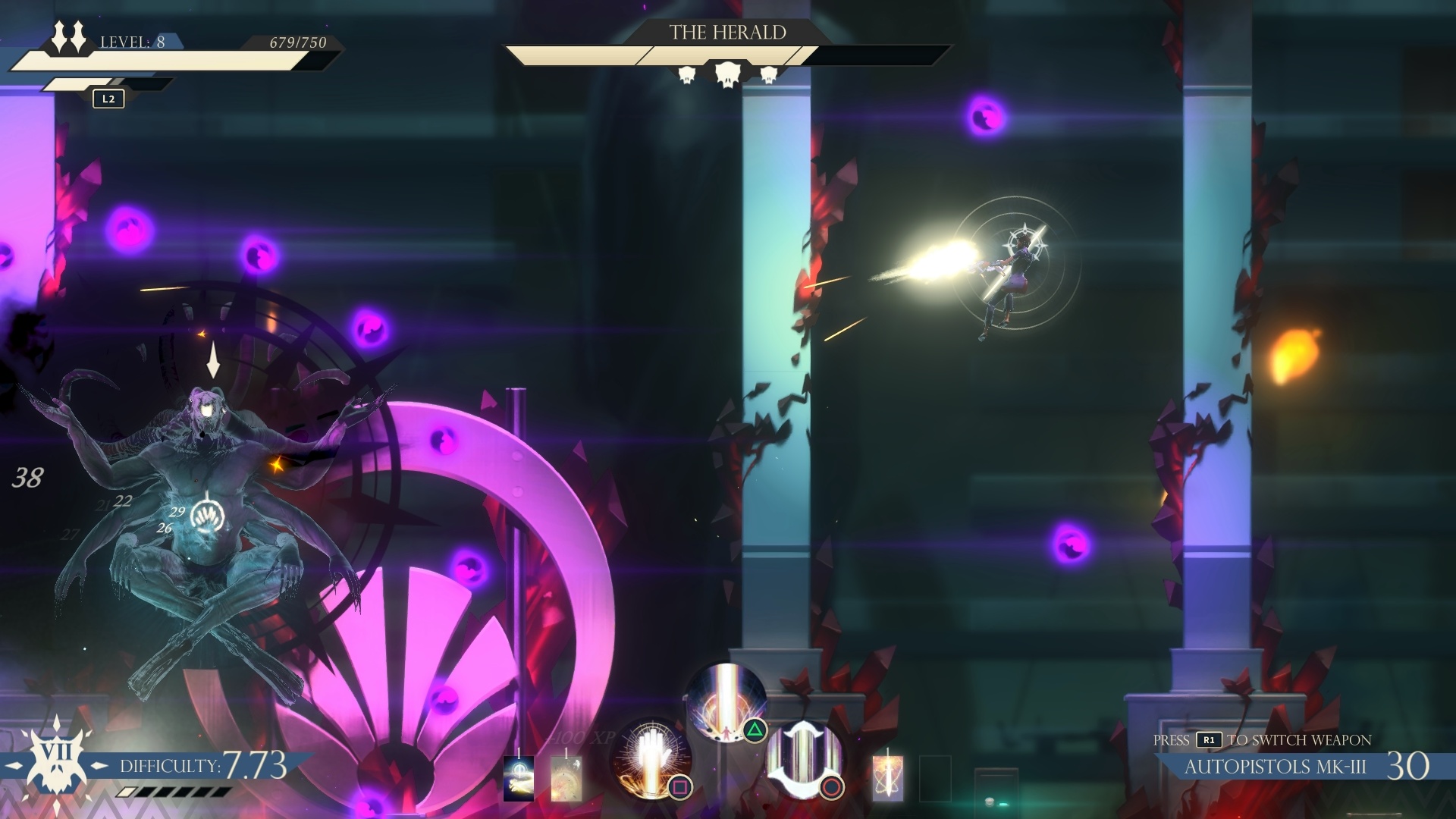 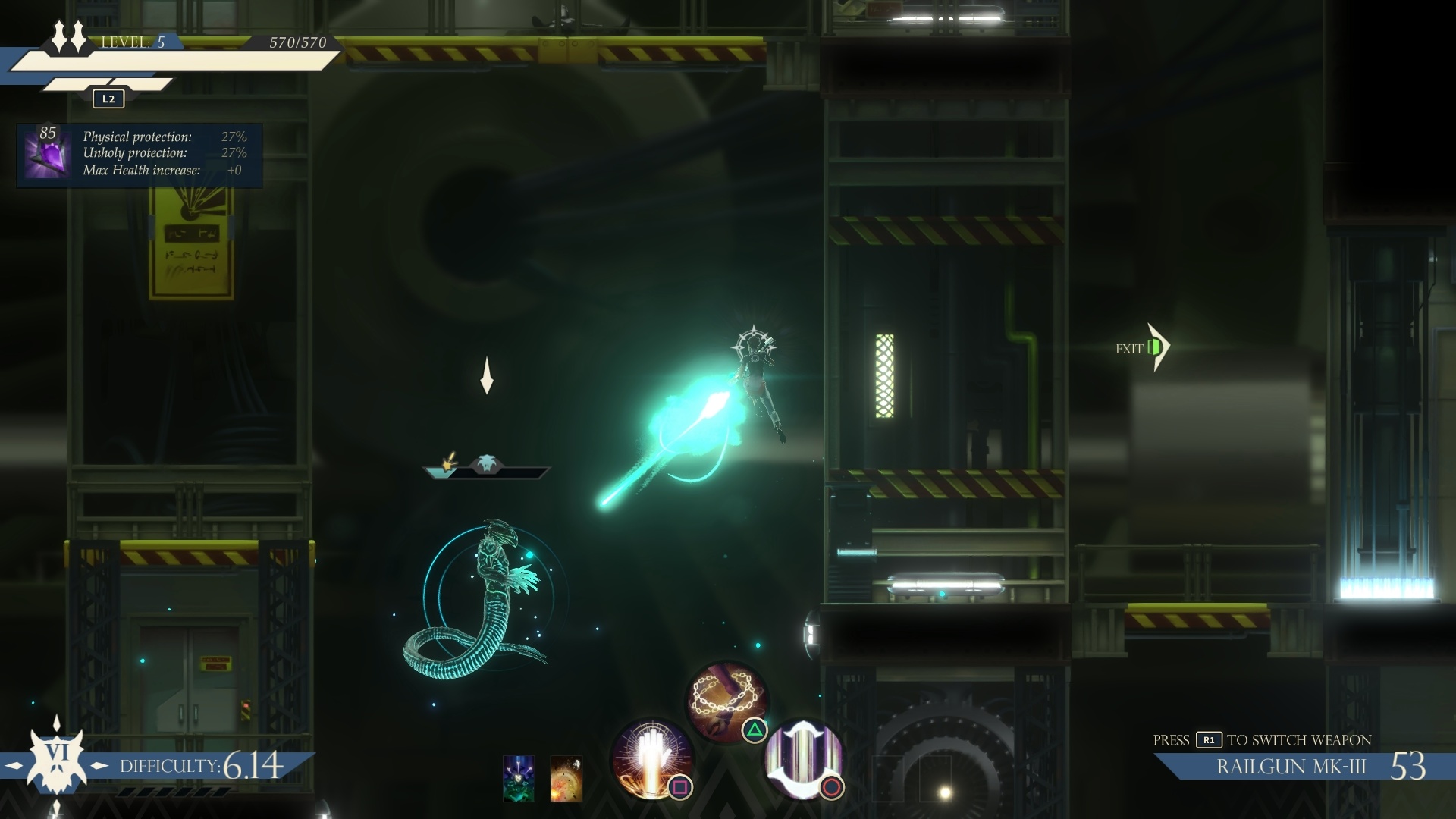 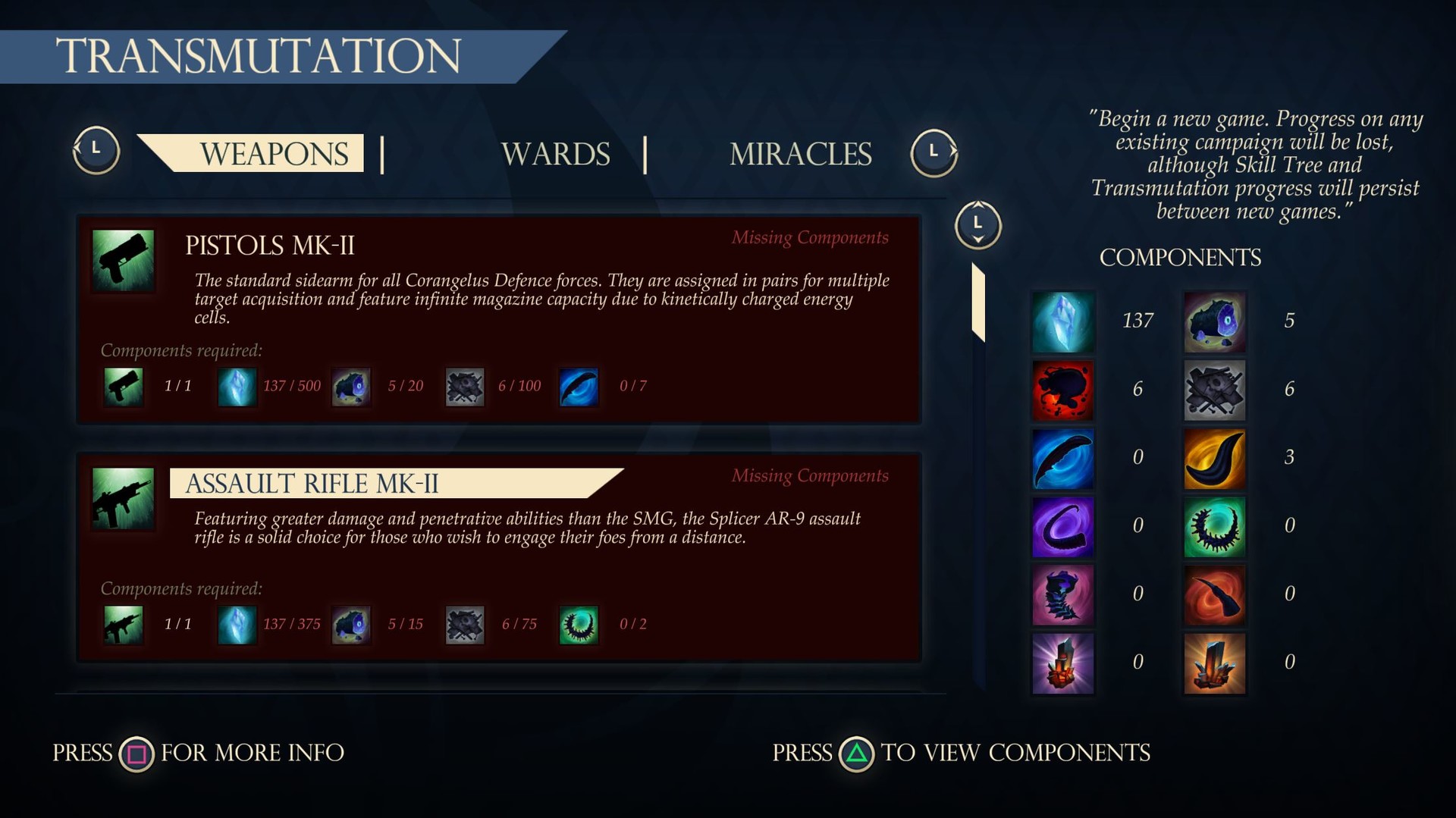 KeyService information about the seller and his items
offlineAsk a question

Immediately after payment you receive the activation key of the game in STEAM without regional restrictions!
(REGION FREE / WORLDWIDE / MULTI LANGUAGE)
The game is forever associated with your Steam account and you can download it anywhere and anytime.

Seraph is a skill based, acrobatic combat platformer... without aiming! Featuring an angel, known as Seraph, who´s fighting to restore her lost power and ultimately escape a prison infested with demons. However, dark magic has trapped the angel inside her human Vessel: if the Vessel dies, so will Seraph.
Key Features

Gun-fu acrobatic combat - Seraph chooses her own targets with a wide range of deadly firearms, allowing the player to focus on acrobatic evasion instead. Dodge enemy attacks with lightning fast reactions and look awesome while doing it!
Dynamic difficulty scaling - The on-screen difficulty rating ensures that the game is always challenging. The better you do, the harder the enemies (but the greater the rewards!).
Designed to be replayed - Levels are procedurally generated and filled with random pick-ups, enemies and bosses. Craft new weapons, Miracles and protective items through the Transmutation feature and unlock powerful passive Oaths for your next demonic encounter. Daily and weeky challenge leaderboards allow you to test your mettle against other players.
Not a rogue-like! - Seraph can be slain in her battles, but doing so will mean resurrecting with less maximum health. Discover hidden checkpoint orbs to save your start point through the campaign if you die completely.
Twitch features - Seraph can be played in Twitch mode, allowing viewers to vote between levels to give the Streamer a positive or negative modifier, which then actually alters the game!

Link to the game in the store STEAM
http://store.steampowered.com/app/425670/Seraph/

1. Download and install the Steam client (if not already installed) http://steampowered.com/download/SteamInstall.msi
2. Log in to your account or register a new one.
3. Go to the "My Games" section and select "Activate via Steam", enter the key received after payment.
4. After activation, the game will appear in the list of games (Library)