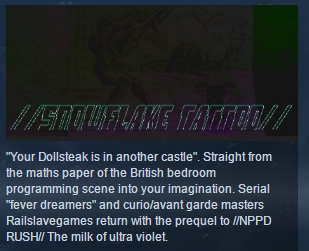 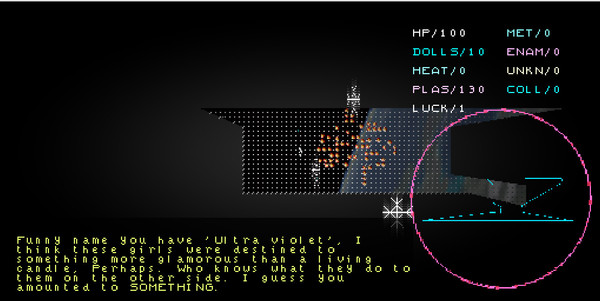 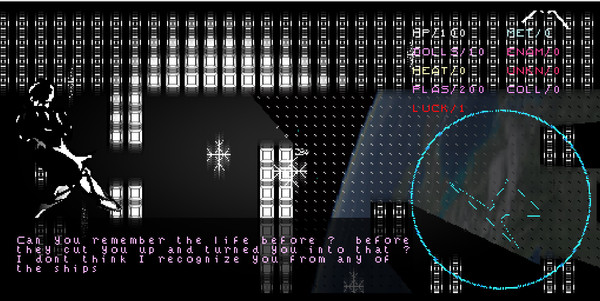 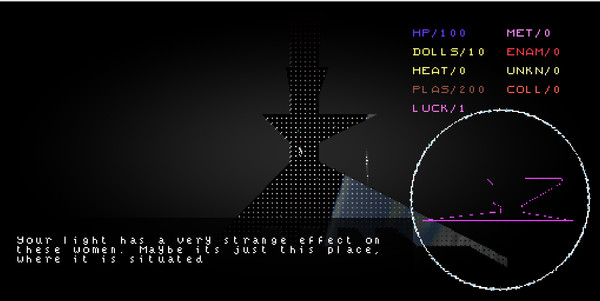 Straight from the maths paper of the British bedroom programming scene into your imagination.


//SNOWFLAKE TATTOO// is a harrowing and stark vignette; a neo - noir exploration of the character and motives of the merciless "sentient plasma sniper" of //NPPD RUSH//.

Set years before, you play the roles of both that sniper and a mysterious, prototype human/bike hybrid she has hacked.

Together you traverse and plunder a maze-like frozen storage ship that has been disabled by a huge solar storm.

It´s here you find your ill gotten reward.
This is what your life has amounted to; you traffic in human beings through a trans-dimensional trading post called the abstraction, in the hope you will find your missing sister.

What will you do?, sell these sleeping beauties off for the abstractions crude experiments, leave them to be cut up and turned into other bike hybrids, or save them ?

- 70´s minimalist "Ghett-ro" crafting, survive by crafting health and sentient plasma from biological waste such as Collagen, enamel, unknown and even the "dollsteak" you came to steal.

- You choose your hiscore, do you take pleasure in trafficking these sleeping beauties for big money, or saving as many as you can