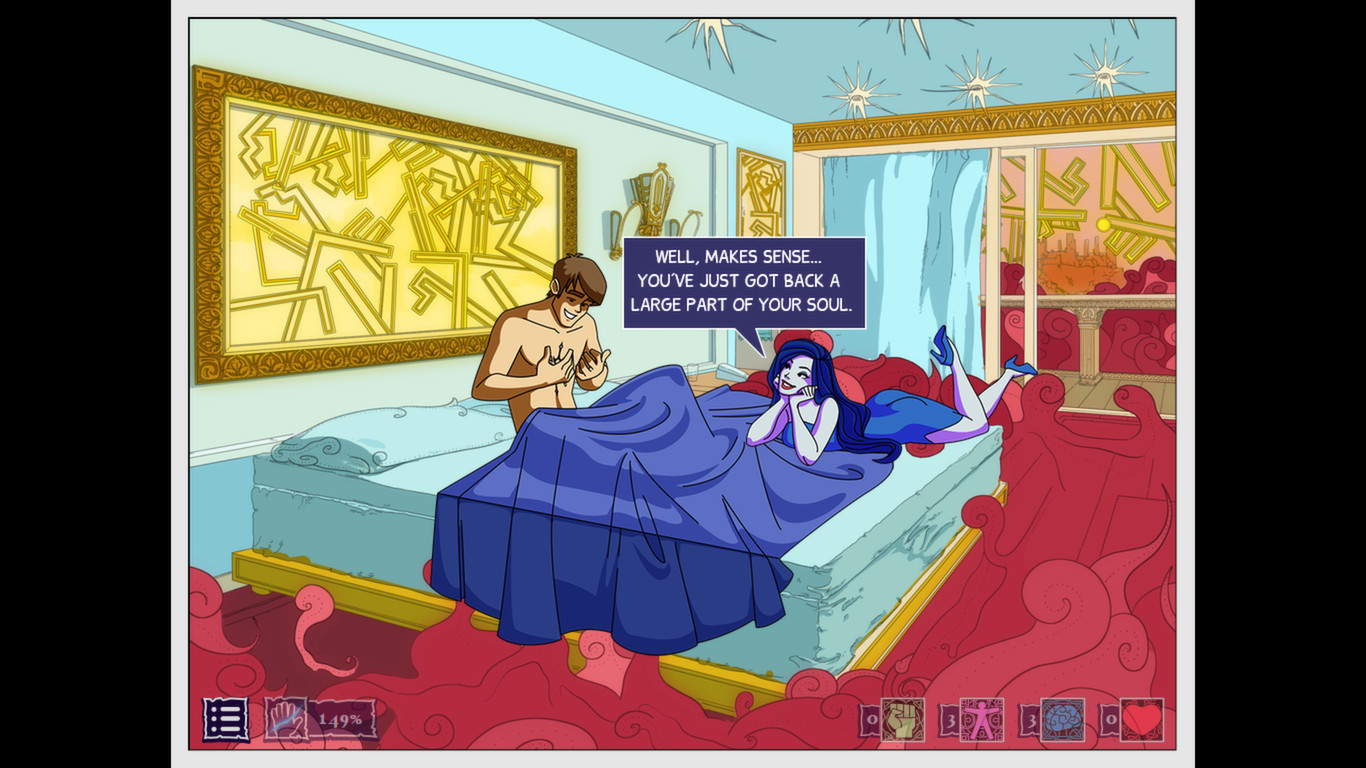 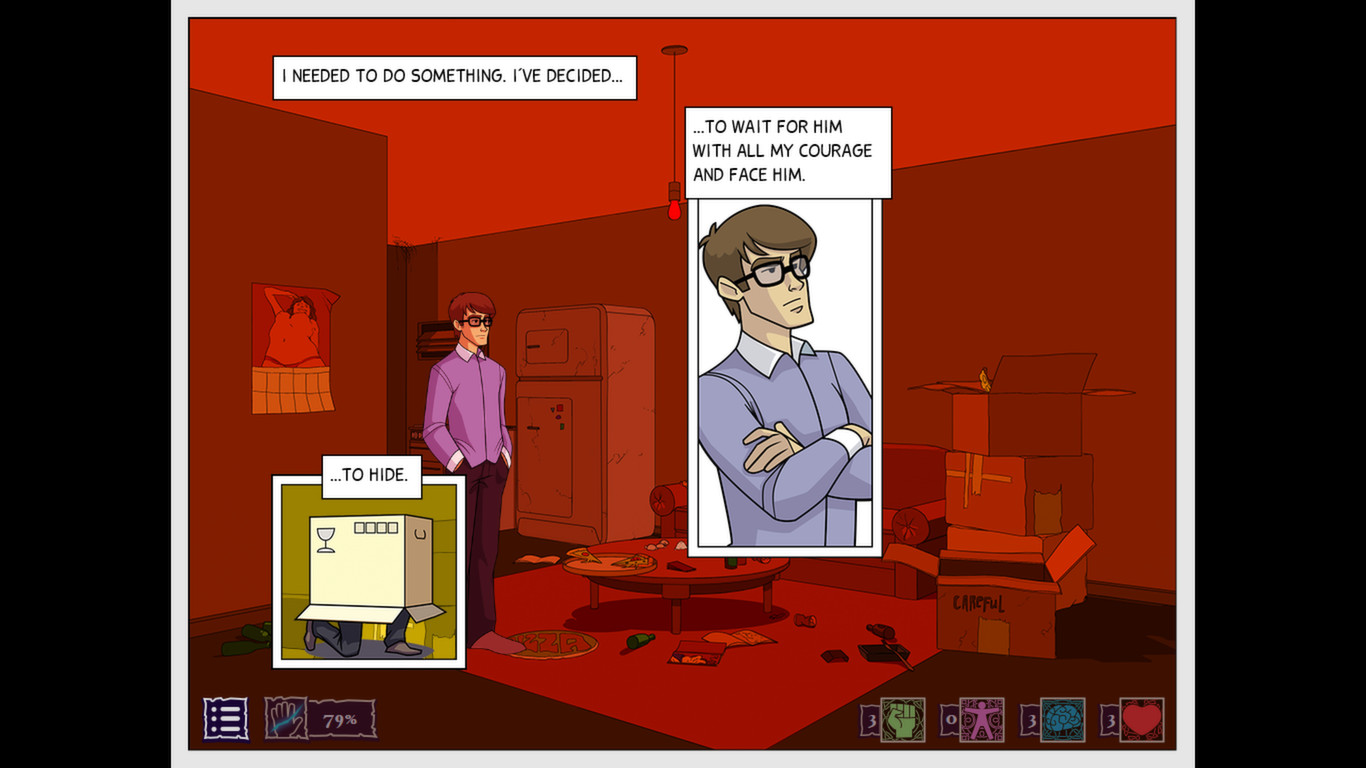 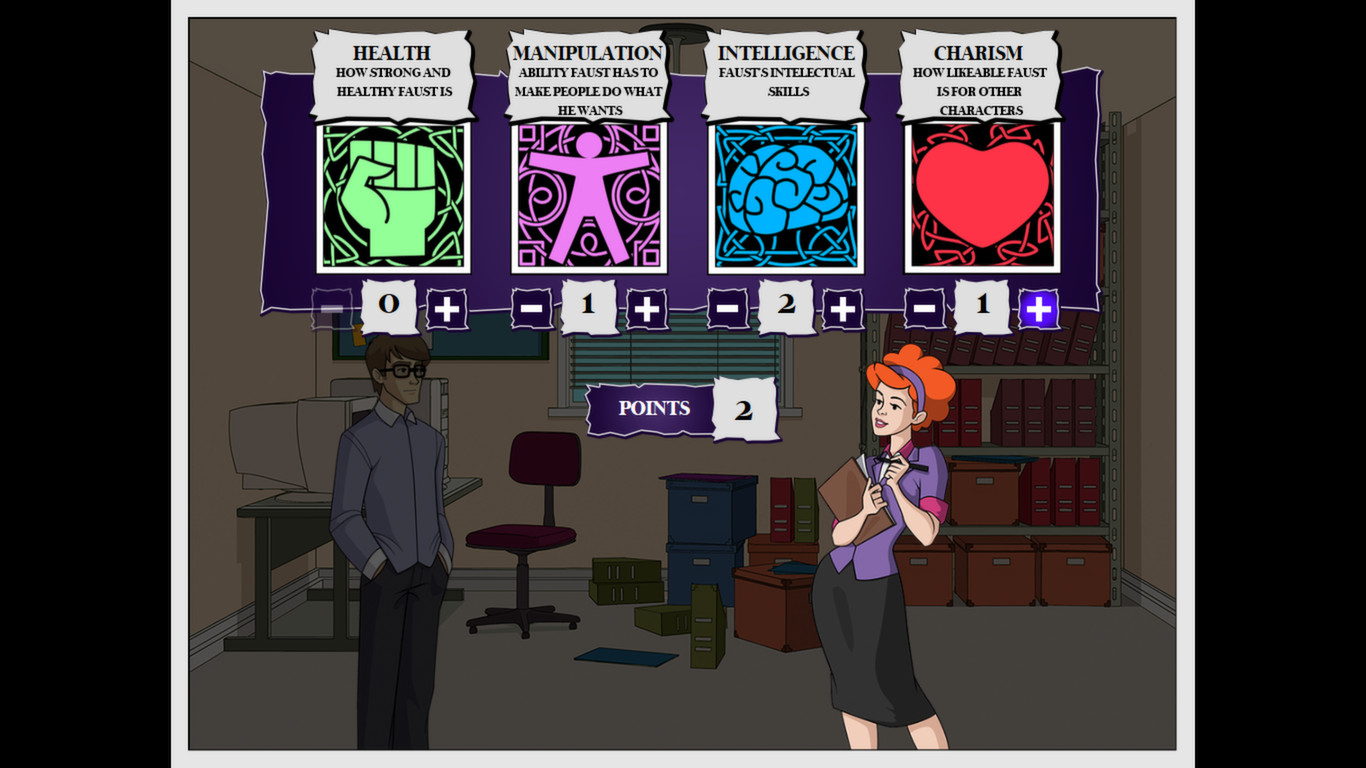 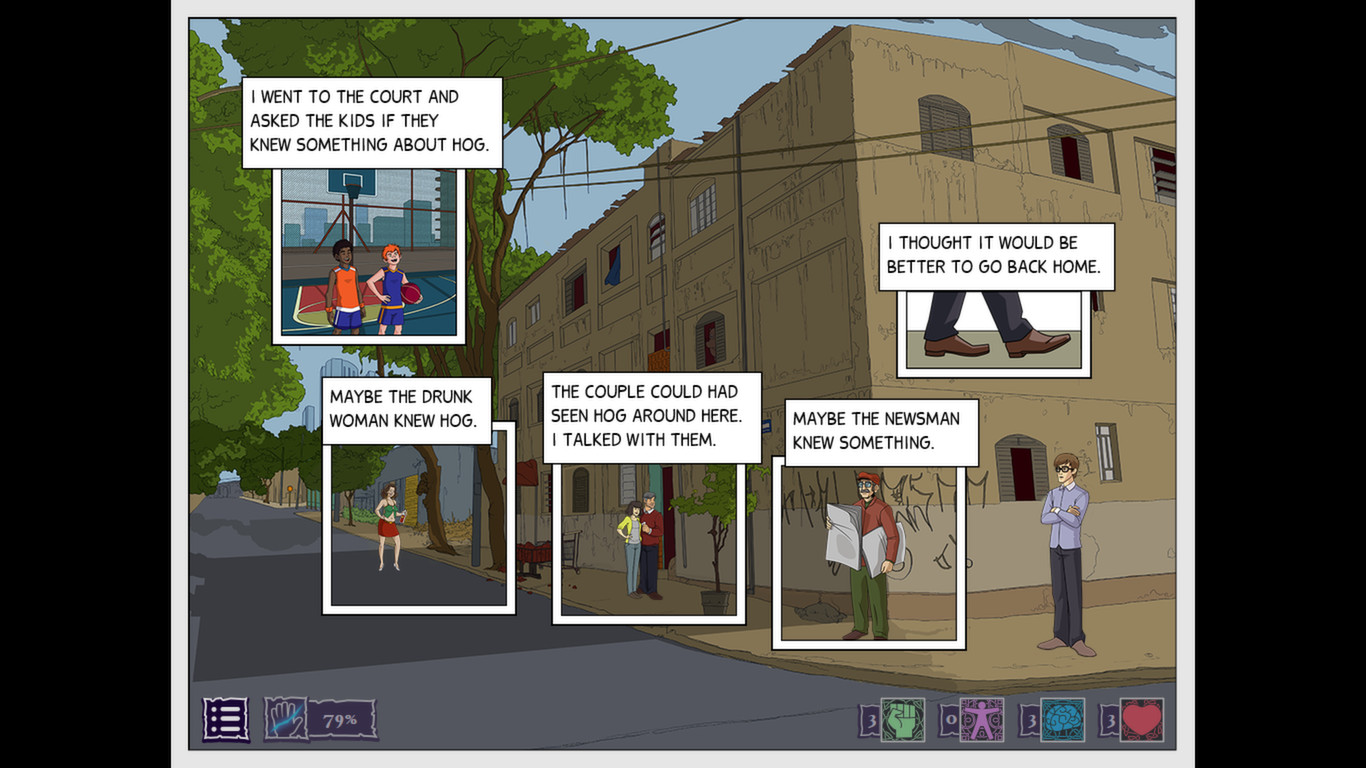 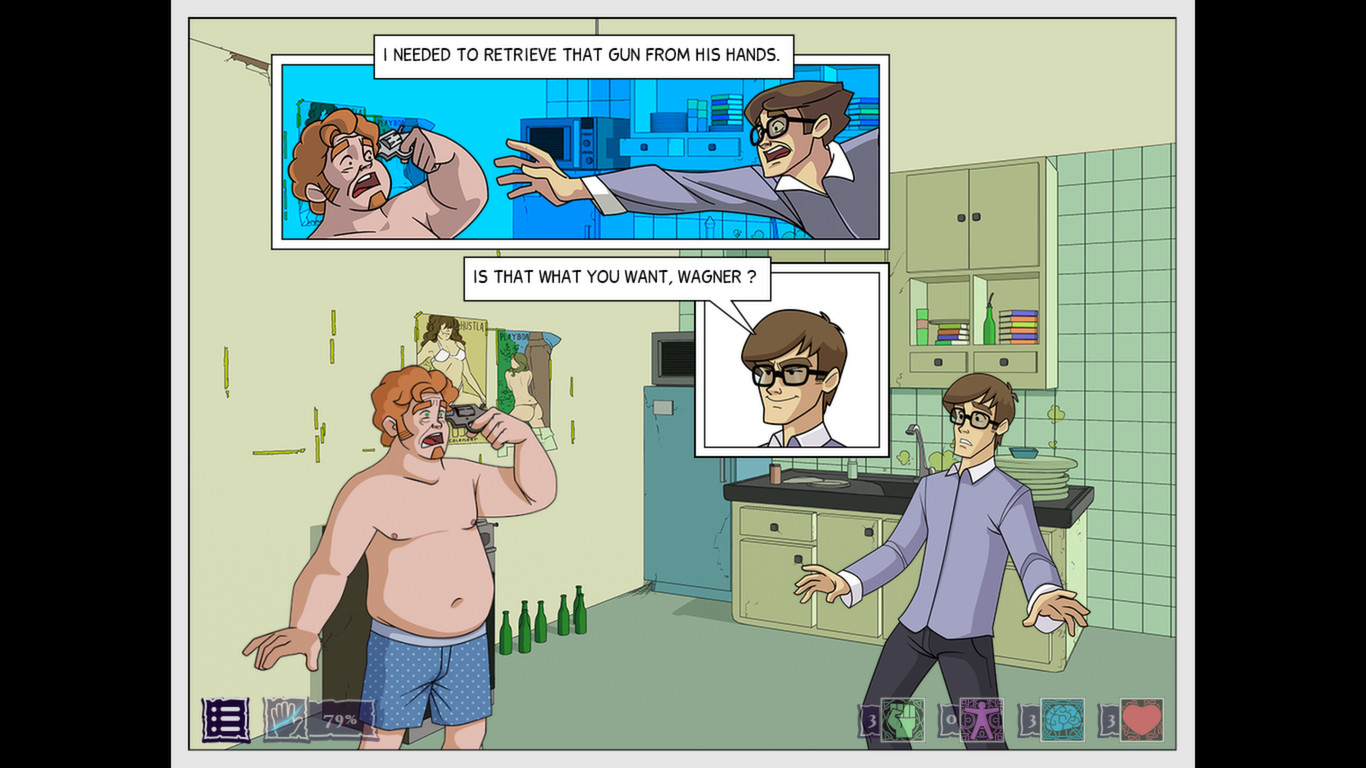 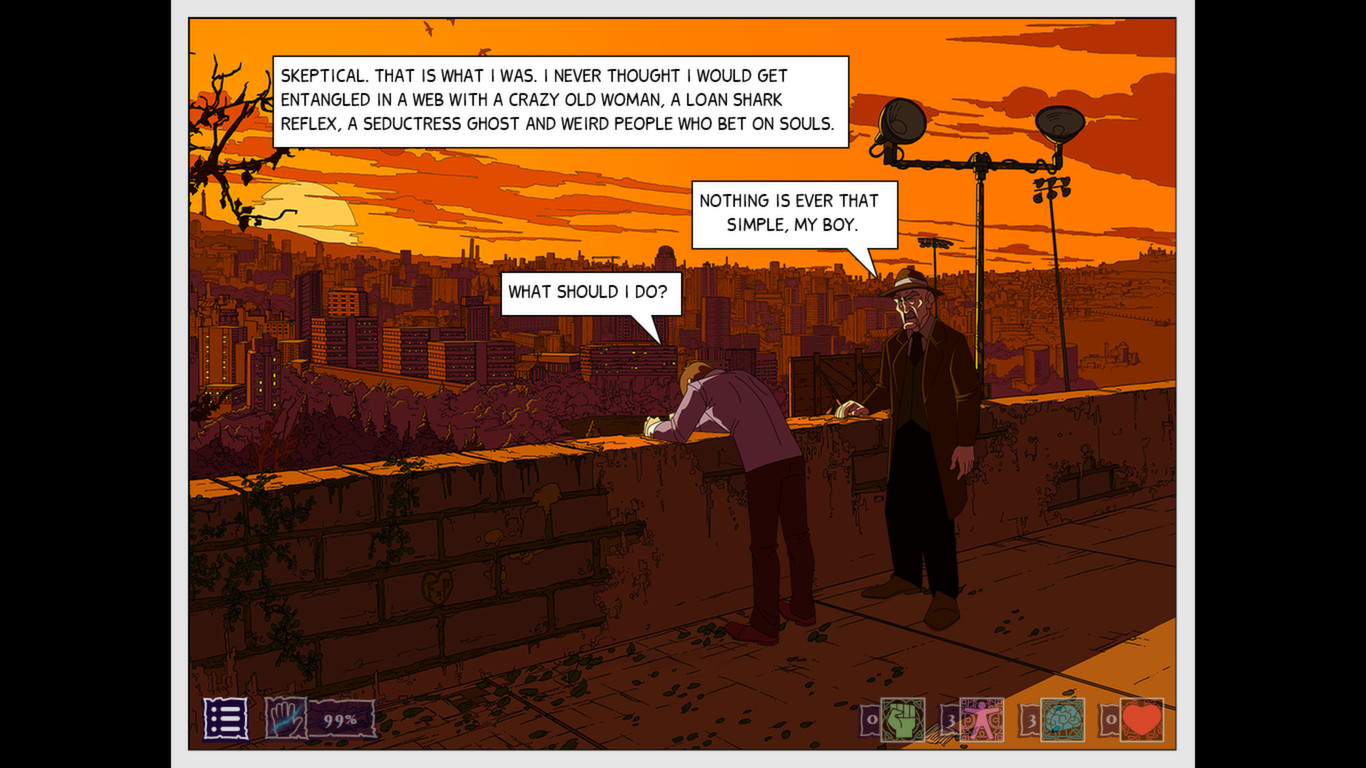 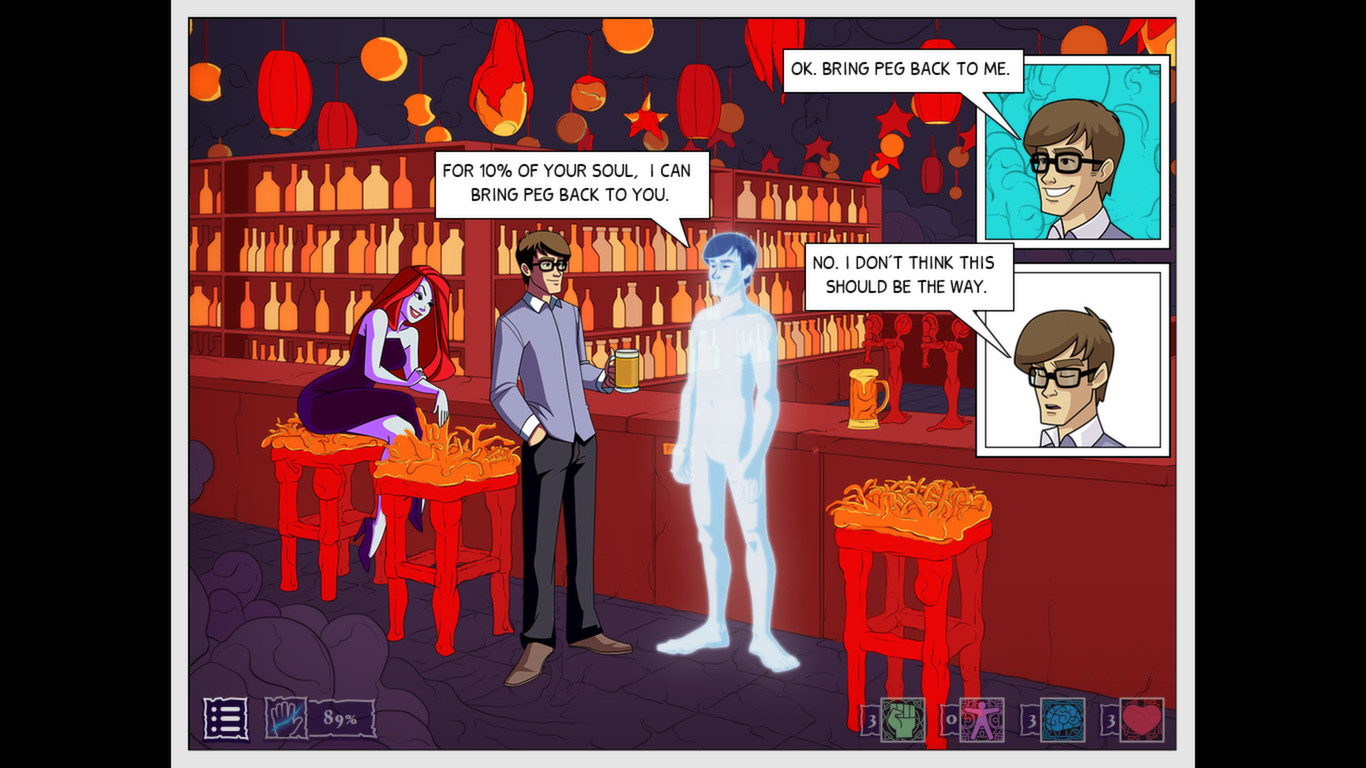 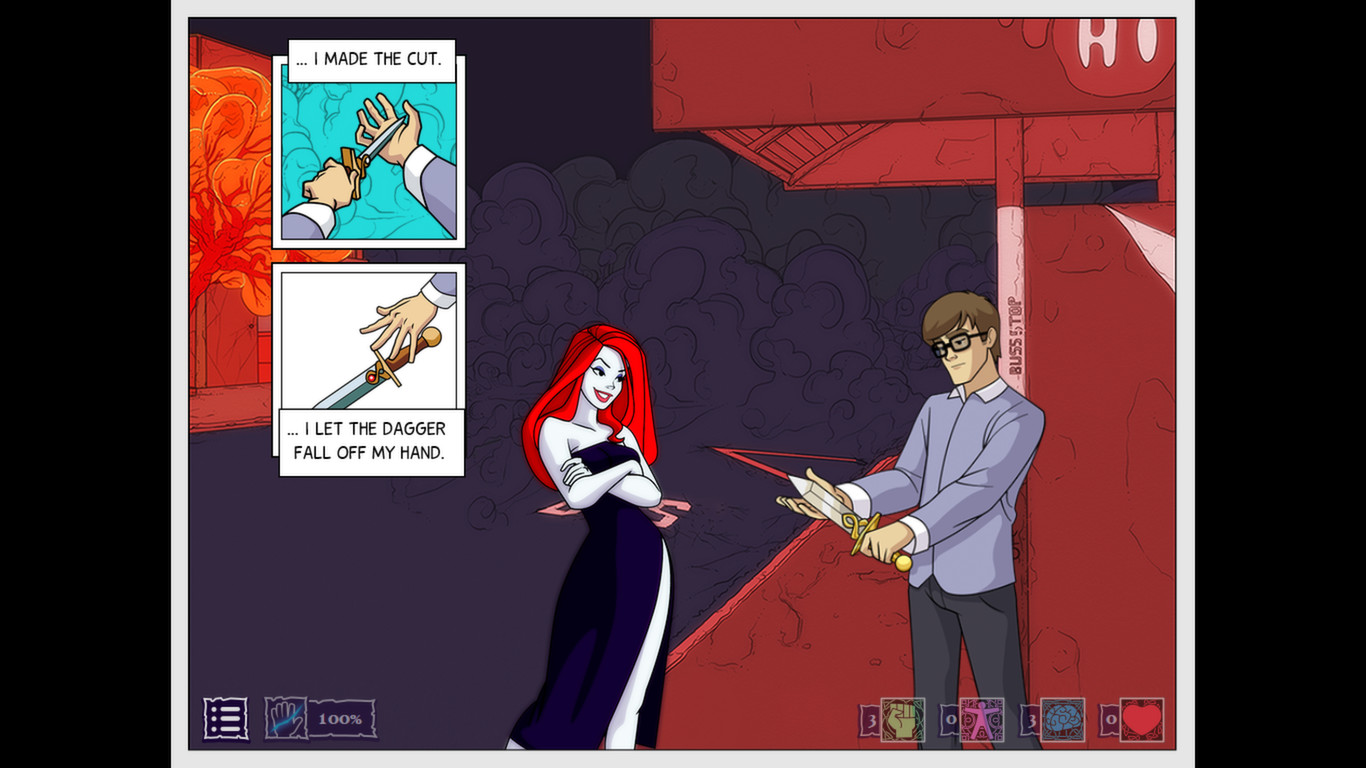 DreamSteam information about the seller and his items
offlineAsk a question

SOUL GAMBLER is an interactive graphic novel inspired by Goethe’s Faust, a tragic play written in the 19th century. This is a contemporary and engaging adaptation of the masterpiece.
Soul Gambler puts YOU in the role of Faust, an ordinary young man living in the present day whose DESTINY is about to be change forever.
When Faust was leaving his boring job, a mysterious woman approached him. She made him a tempting proposal: SELL parts of his SOUL in exchange for the fulfillment of his every WISH.
NOW it is up to you to decide his fate!

★ BECOME Faust and transform yourself in a Soul Gambler
★ CHOOSE how the story unfolds, and even how it ends
★ AMAZE yourself with gorgeous comic book-styled illustrations and environments
★ OWN the ability to sell parts of your soul in exchange for many pleasures
★ IMMERSE yourself in this shady world while listening to an involving soundtrack
★ COMPLETE more than 20 challenging story-oriented achievements

Faust´s FATE lies in your hands.
What are you waiting for? Time to GAMBLE your soul!

How to activate the key:

Step 1: Go to http://www.steampowered.com/getsteam
Step 2: Download the free Steam installer
Step 3: Save the Steam Install file to your computer
Step 4: Run the ´SteamInstall´ application to install Steam
Step 5: Launch Steam
Step 6: Go to the Games menu to "Activate a Product on Steam" and enter the key

If you have any questions, please contact me in online-chat.