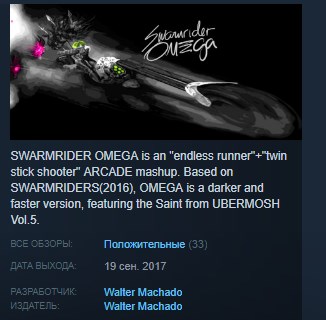 Based on SWARMRIDERS(2016), OMEGA is a darker and faster version, featuring the Saint from UBERMOSH Vol.5.
A low-tunned and remastered version of the classic soundtrack meets new powers, achievements, class mods and a denser Swarm.
The gameplay is shaped by over a year of feedback, making a short but intense arcade experience.